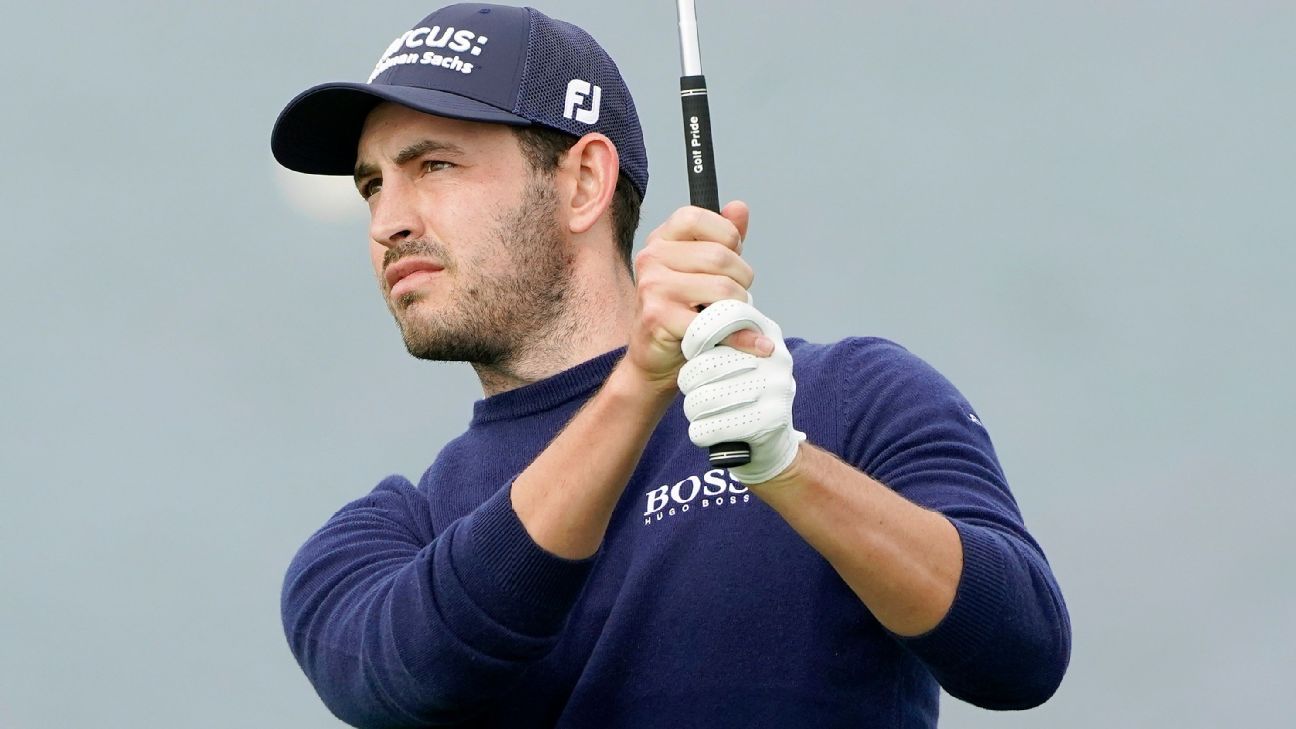 ATLANTA – Patrick Cantlay is the leader of the FedEx Cup heading into the final event of the season at the Tour Championship.

Cantlay has a 2-shot lead on the field, including a 10-shot advantage over those who are at the bottom of the 30-player field.

And he’s not a big fan of the arrangement, even though it benefits him.

This is the third year of a strokes-based system where the players are given starting scores, in relation to par, as their reward for how many points they had earned heading into the final event.

Cantlay, who won the BMW Championship on Sunday in a playoff over Bryson DeChambeau, vaulted into first position. He will have a 2-shot lead over Tony Finau and a 3-shot advantage over DeChambeau. Patrick Reed, who earned the last spot in the field, begins the event at even par, 10 strokes back.

Prior to 2019, the Tour Championship was separate from the FedEx Cup, and the points awarded at the event factored into the final FedEx standings. Many years, the winner of the tournament also won the FedEx title. But in 2018, for example, Tiger Woods won the tournament while Justin Rose was the overall winner.

Two years ago, Rory McIlroy shot the lowest 72-hole score, coming from five strokes back at the start of the week to win the FedEx Cup. Last year, Dustin Johnson was the winner, although Xander Schauffele shot the lowest 72-hole score and received no credit for a victory. (He was, however, awarded world ranking points as if he had won the tournament.)

“I think the fact that Xander didn’t get a tournament win for beating the field by two or three shots is absolutely criminal, not just because he’s my friend, but I think that if that happened to anybody that would be criminal. And there has to be a better solution. I am not a mastermind on golf formats, and there are lots of moving parts, so I’m not saying that I have the answer. There are lots of smart people and, I guarantee you, there must be an option for a better format out there than the current one we are playing in.”

All manner of formats have been suggested over the years and, ultimately, the players do have a say in what is put forth. Cantlay is not alone in disliking the format. Jon Rahm expressed his doubts about it two weeks ago, and Justin Thomas did as well.

“Whoever shoots the lowest 72-hole score should win the golf tournament, in my opinion, because they did,” he said. “They played better than everybody else over the course of four rounds.”

Thomas won the FedEx title in 2017, under the old format, and was annoyed he did not win the tournament. That title went to Schauffele, who that year was credited with a win. Last year, with the lowest score, he did not get that credit.

But Thomas would not go so far as to say everyone who arrives at East Lake should have an equal chance at winning the title.

Getting that balance correct remains the issue.

“The first year that it was played in this format, I started five back, and I ended up winning the tournament by three,” said Rory McIlroy of his 2019 victory; he also won the FedEx title in 2016. “The people that have played well have an advantage. It’s not an insurmountable advantage like it has been in previous years where guys have turned up to the Tour Championship not having to do anything to win the FedExCup and that’s, certainly, you don’t want that to happen either.

“There’s been a few iterations of it, and I think this is definitely the best format so far. There’s clarity for the players. There’s clarity for the fans. It’s, again, it’s the playoffs, and I think everyone that’s in the top-30 deserves to be here and then, because of that, everyone in the top-30 deserves to feel like they have a chance to win it all.”

Cantlay is the only player to have won three times this season, which dates to last fall. He won the Zozo Championship and the Memorial along with the BMW. And he can simply take care of business here by shooting the lowest score.

“I am going to do the best possible job I can at winning in this format, because that’s all I can do,” he said. “And in no way will that take impact my ability to perform in this format. I think if you play the best golf this week, you’re going to be in a great spot by the end of the week.”