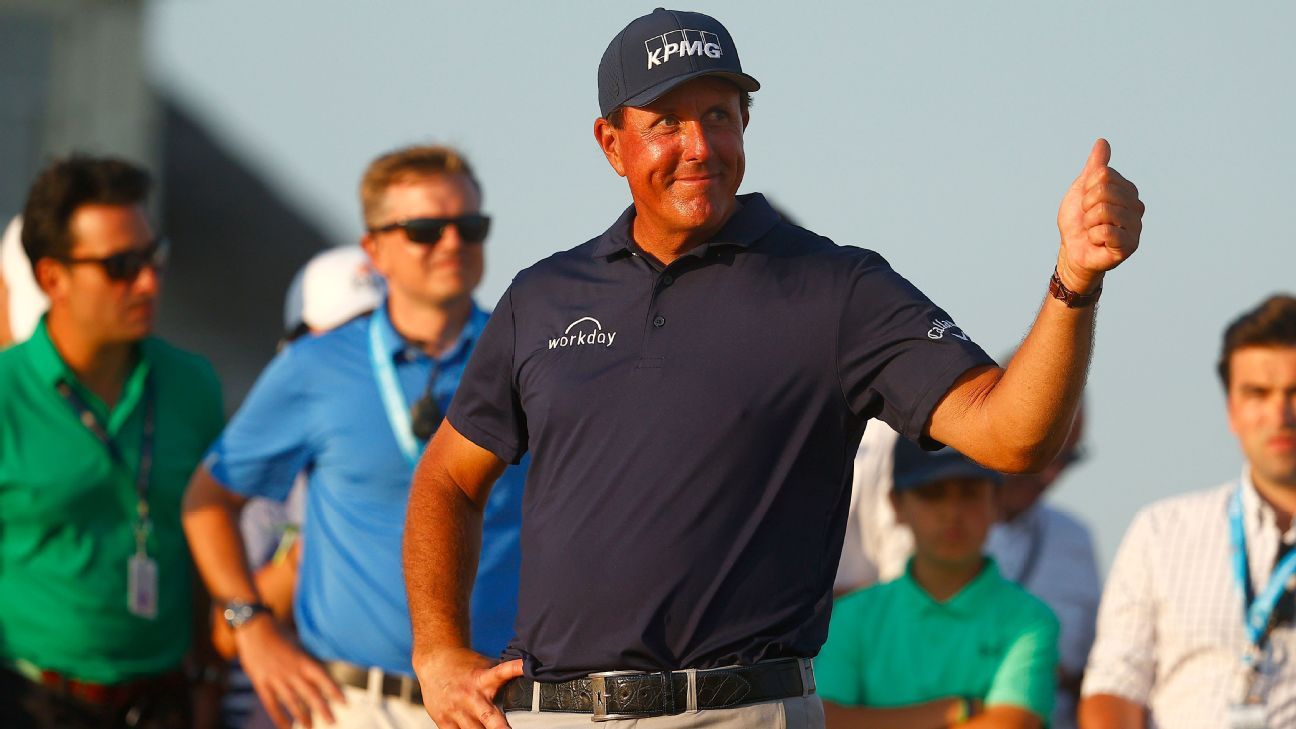 ATLANTA — Phil Mickelson is going to the Ryder Cup, but not as a player.

U.S. captain Steve Stricker on Wednesday named Mickelson one of his vice captains — along with Fred Couples — for the matches, which will take place Sept. 24-26 at Whistling Straits in Kohler, Wisconsin.

That also means Tiger Woods will not be a vice captain, as the limit per team is five. Davis Love III, Zach Johnson and Jim Furyk had previously been named as assistants on Stricker’s staff.

Mickelson, 51, will not be a member of the U.S. playing team for the first time since 1995. He had played in 12 consecutive Ryder Cups.

He won the PGA Championship in May for his sixth major title and 45th PGA Tour win, becoming the oldest player in history to win a major championship. But that was his only top-10 finish this year, and he didn’t qualify for this week’s Tour Championship.

“I’ve been staying in close contact with both Freddie and Phil, talking about all things Ryder Cup, for a while now,” Stricker said. “They provide honest and impactful feedback, and both have such a passion for the Ryder Cup. I’m honored that they were willing to join our team and help put us in the best position to win in a few weeks at Whistling Straits.”

Mickelson has played in a record 47 matches for the United States, with an 18-22-7 record.

Stricker said on several occasions earlier this year that he hoped Woods could be part of the team and that he had consulted him often, although it is unclear whether he was officially asked to be a vice captain.

“He’s just not able to be there at this time,” Stricker said of Woods. “He’s progressing nicely but Whistling Straits is a tough place to get around. He’s already been helping and will continue to do so.”

Woods has not played this year after a serious auto accident in February.