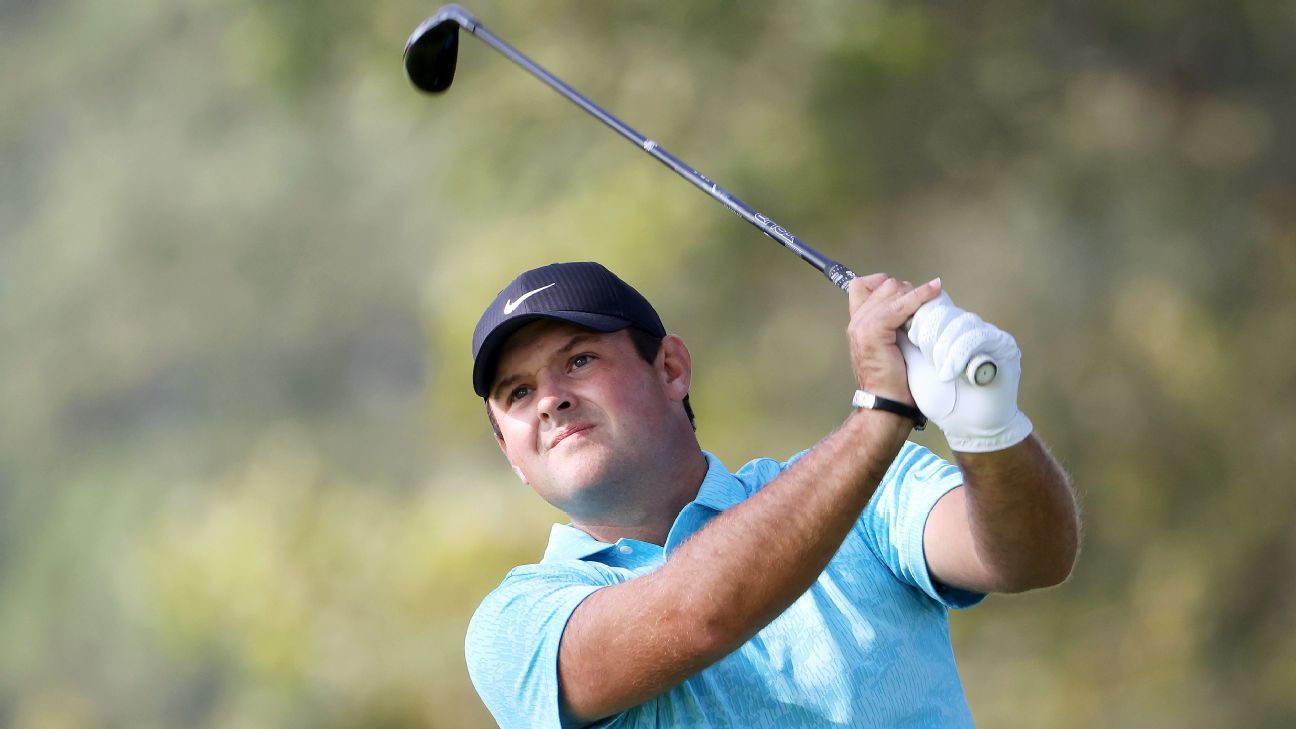 ATLANTA — Patrick Reed said he feared for his life two weeks ago when he was hospitalized for double pneumonia in the Houston area.

Reed said Thursday he is “getting stronger every day” after playing his first full round of golf in a month at the Tour Championship, but most of his post-round interview was spent talking about his health ordeal during which he was “in a dark space.”

“First couple days they were sitting there telling me that make sure you text your family quite a bit, talk to your family, because you just don’t know. I mean, this is not good. We’re not in a good spot right now,” Reed said.

When asked if he was diagnosed with COVID-19, Reed said, “They never tested me. I don’t know.”

Pressed further, Reed added: “I obviously got tested when I was leaving, and I tested negative. So that’s always a positive. But, and really when I went into the ER [emergency room] and with the scans and everything they have done, did on my lungs and everything, their main priority was to make sure that we fought this pneumonia in both lungs because of how fatal it can be.”

Reed said he was vaccinated but did not disclose when or if fully vaccinated.

In a message he posted on Twitter on Wednesday, Reed said: “Just to answer some questions. My primary diagnosis was bilateral pneumonia. I was vaccinated for COVID-19 so I’m not sure if I had the delta variant but I’m just happy to be here. The pneumonia had infiltrated my lower lobes of my lungs. I’m so fortunate for the care that I received.”

Reed, who had withdrawn from the Northern Trust tournament two weeks ago due to an ankle injury, said he was admitted to the hospital that Thursday — Aug. 19.

“It hit me just like a brick. I mean, just all of a sudden I went from feeling okay to literally feeling like I couldn’t breathe and was almost drowning in air and it was, it hit me so fast and it was so brutal.”

Playing golf Thursday was a bonus, Reed said, so there wasn’t much disappointment over an opening-round 72. It was his first official round of golf since the WGC-FedEx St. Jude Invitational on Aug. 8. He didn’t begin practicing until Monday, and because his doctors would not allow him to fly because of the lung pressure, he was driven 15 hours from Houston to Atlanta on Tuesday to play his first nine holes Wednesday.

Reed admitted he would not be here if it were not for the Ryder Cup in three weeks. One of the best American players in his three Ryder Cup appearances, Reed is in need of one of captain Steve Stricker’s at-large picks next week.

“It’s like my third day back swinging a golf club. So there’s going to be rough there, there’s going to be things that you want to obviously not do on the golf course. But the great thing is I felt like I can play now. I feel like I can do what I’m supposed to do. I feel now it’s just get some reps in and just get the energy level and strength back which just takes a little bit of time, a little reps, a little practice.”

Shane Lowry Golf Lesson with Ben Foster!
Rory McIlroy has been on just as much of a heater as Jon Rahm, according to this crazy stat
Will Zalatoris: Saudi waiver denial was ‘perfect response’ by PGA Tour | Golf Today | Golf Channel
Golf Mistakes That DRIVE US CRAZY! | ME AND MY GOLF
Jordan Spieth explains why Dustin Johnson is missed more than most LIV Golf members