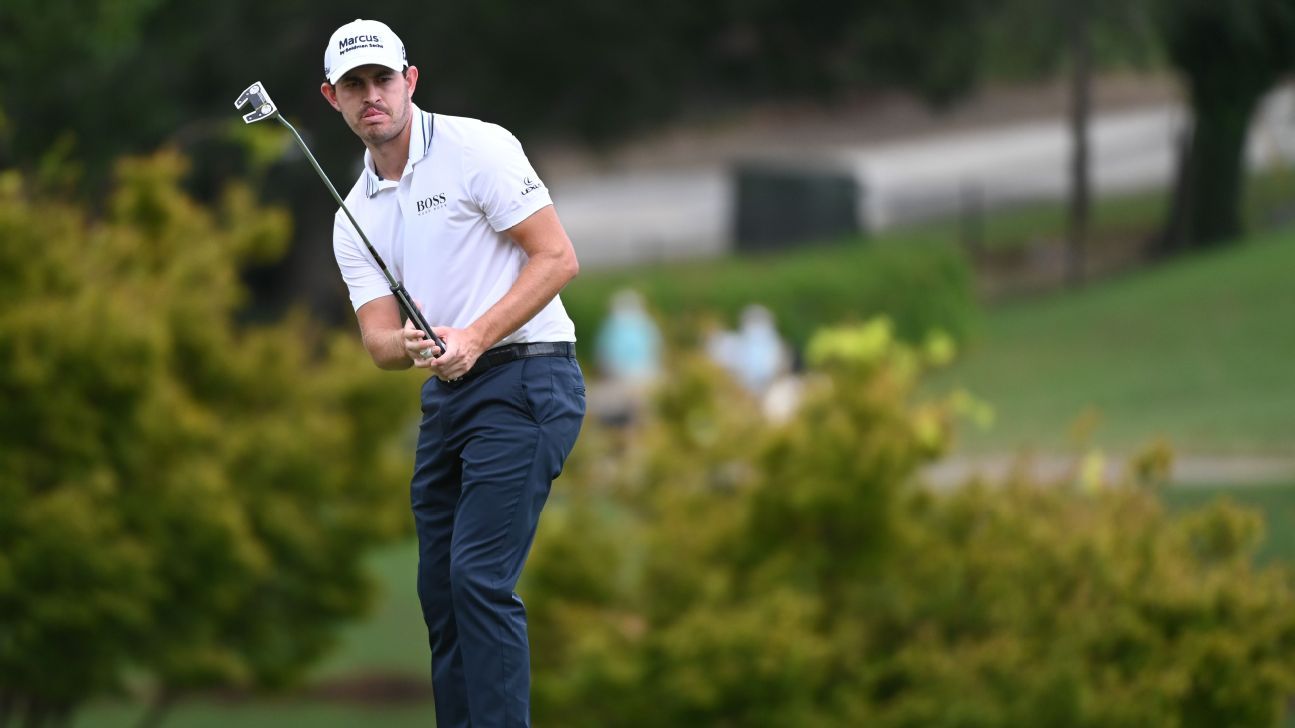 ATLANTA — For the second day in a row, no one had a better score than Jon Rahm at the Tour Championship. That’s just what he needed to make up ground on Patrick Cantlay going into a weekend chase for $15 million.

It’s not quite a two-man race for the FedEx Cup with 36 holes still to play at East Lake, though it was shaping up as a possibility. Bryson DeChambeau was the next closest player, and his 67 lost ground Friday. He was six shots behind.

“We definitely feed off each other,” Rahm said. “And that’s probably why you see the difference in the scoreboard right now.”

Cantlay looked as though he was protecting a lead, often playing to the fat of the green. That was more a product of showing respect to an East Lake course that punishes even slight misses on the wrong side of the hole. He hit 16 of 18 greens, and only twice did he have par putts from about the 5-foot range.

Cantlay started the Tour Championship at 10-under par because he was the No. 1 seed in the FedEx Cup. Rahm began four shots back.

Asked if the idea was to chip away at the lead, Rahm replied, “What other strategy is there?”

“As soon as we teed off, that didn’t matter,” he said of the four-shot deficit. “There’s a lot of golf to be played, even now.”

The reason for Cantlay’s pre-tournament advantage was because of last week at Caves Valley.

That now seems long ago.

The Tour Championship, to a degree, feels normal now.

Cantlay was at 17 under. He and Rahm will be in the final group again.

DeChambeau had more work to do, as did Justin Thomas, who made two bogeys and failed to birdie the par-5 18th in his round of 67. He was seven behind.

“A place like this, there’s not really a lead that’s safe with how tough it it can play,” Thomas said. “But at the end of the day, I can’t worry about what the other guys are doing. I just have to go out and try to make some birdies and stop making mistakes.”

Harris English made his share of mistakes with five bogeys in his round of 69, leaving him in the large group at 9 under.

So did Jordan Spieth. He was going for his fourth straight birdie to get right in the mix, facing a 10-foot putt on the 13th hole. He three-putted, lost momentum and shot a 67. Spieth, Rory McIlroy (66) and Louis Oosthuizen (67) were at 8 under.

Gone are the low scores from the opening FedEx Cup playoff events, at rain-soaked Liberty Natitonal and Caves Valley, where players at each course had a putt at 59. The best anyone has managed at East Lake, still slightly soft from rain and a light breeze, had been a 65.

So it’s tougher for players to make up a lot of ground unless the leaders come back, and there has been little indication Cantlay and Rahm are going to do that.

Cantlay had plenty of looks at birdie, and didn’t hear many calls of “Patty Ice” because not many of those putts were going in. He got up-and-down from a bunker on the par-5 sixth. His wedge into the 13th spun back to an inch of the cup.

Rahm holed a 35-foot putt from off the green at the 13th, gave it back with a bad drive to the right on the next hole, and then closed the gap to one shot with a 10-foot birdie on the 16th.

The final two holes felt like a duel, even for a lazy Friday afternoon.

Rahm poured in a 25-foot birdie putt on the 17th, and Cantlay matched his birdie from 15 feet, the first time he had made a putt longer than 5 feet all day.

On the closing hole, Rahm blasted out of the front bunker to tap-in range. Cantlay chipped down the slope and with the grain – one of the few times he was out of position – and watched it trail off 8 feet from the hole. He made that to regain the lead.

“It can raise your playing level a little bit,” he said, “as well as me raising his level when I’m making birdies.”

This Tip Makes The Driver Swing SO MUCH EASIER!
LIV golfers Phil Mickelson, Cam Smith miss the cut in Saudi International
Cameron Smith. 4 “0 putts”. 1 round. 👌
Ping G20 Irons
Sounds like Cam Smith got down to business (literally) during the offseason getting his LIV team set for Year 2