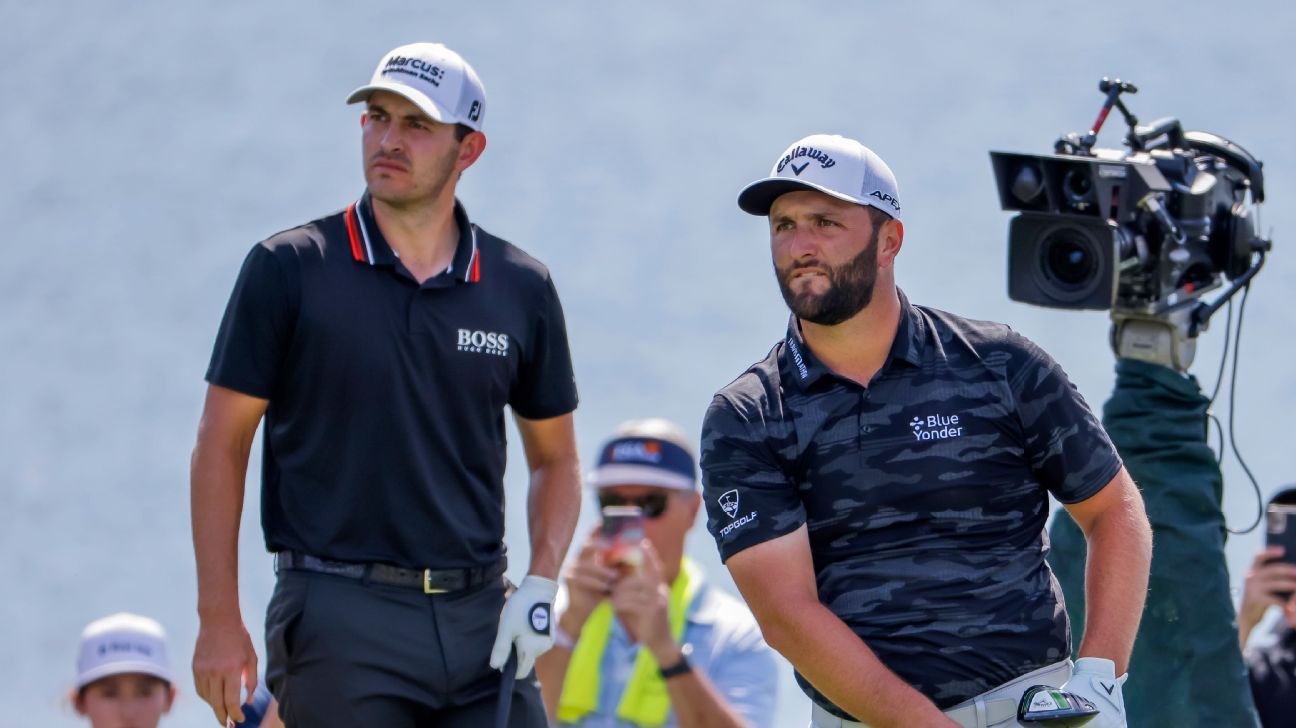 ATLANTA — Just one day remains in what is likely the longest season on record for the PGA Tour, a “super season” that included 50 events, six major championships, COVID-19 concerns and a good bit of golf parity.

After all of that, it is more or less come down to two players at East Lake and the final 18 holes at the Tour Championship — Patrick Cantlay and Jon Rahm. Justin Thomas still has a chance to say something about that, despite a final-hole bogey to close the third round that really stings. But it will a really low round for him to impact the top of the final FedEx Cup standings.

Here is a look at all the big things that are in play on the final day of the Tour Championship:

The difference is $10 million

That is essentially what Cantlay and Rahm will be playing for on Sunday. The winner of the FedEx Cup receives $15 million. The runner-up gets $5 million. It is quite the difference and offers plenty of reason to feel pressure. Cantlay’s third-round 67 increased his advantage over Rahm to two shots, with Thomas sitting five back.

There’s a reason getting to the Tour Championship is a big deal. Not only does it all but guarantee a spot in next year’s Masters, U.S. Open and Open, it means a good bit of money. A total of $46 million of the total $60 million in FedEx bonus money is at stake here. Last place gets $395,000.

The other title on the line

Sunday’s final round could also impact the PGA Tour’s player of the year voting. Cantlay is the only player to win three tournaments this season, but Rahm had a major title at the U.S. Open, a six-shot lead at the Memorial prior to being forced out because of a positive COVID-19 test, and contended at The Open and the Northern Trust.

Also to be considered is if Rahm shoots a lower 72-hole score than Cantlay. The rules at the Tour Championship are skewed because of that staggered start. But everybody will know who shot the lowest score.

So who really had the best week?

This is one of down sides of the three-year-old Tour Championship format that sees every player assigned a score in relation to par based on their FedEx Cup points. Cantlay, as the FedEx leader, started the week at 10 under. Rahm was four back in fourth place. If the leader, already with a two-shot advantage, manages to shoot under par each day, he can turn the tournament into a snooze. Had this been regular 72-hole stroke play, Rahm would be leading by two.

In addition to all that money on the line on Sunday, this is the last chance to make an impression on U.S. Ryder Cup captain Steve Stricker, who will select his six captain’s picks on Wednesday.

The next four picks also seem to be set with Xander Schauffele, Tony Finau, Jordan Spieth and Harris English.

That leaves two picks. Some of the possibilities: Daniel Berger, Patrick Reed, Sam Burns, Scottie Scheffler, Jason Kokrak, Webb Simpson and Kevin Na. Or someone else?

Reed is an interesting case. Two weeks ago, he was in the hospital with double pneumonia. He feared for his life. He only showed up to the Tour Championship because of the Ryder Cup.

“I know I’ll be fine by Ryder Cup,” he said. “It’s just a matter of getting my strength and speed back.”

Does Stricker take that chance? Reed has been one of the better U.S. Ryder Cup players in his three appearances — although he had a poor showing in France. Under normal circumstances he might be a lock for a pick. But does his health give Stricker pause? Reed has gotten better each day at the Tour Championship, including a 66 on Sunday.

What about an injured Koepka?

In the season finale of America’s Caddie, Michael Collins gets you set for the last stop of the FedEx Cup playoffs and the Tour Championship. Stream now on ESPN+

The four-time major champion withdrew Saturday with a left wrist injury after he struck a tree root on the 10th hole at East Lake. Koepka took a full lash at the shot. His wrist was swollen afterward. He played two more holes before withdrawing and said afterward it was a precaution because it was the same wrist that gave him considerable issues in 2017-18. Stricker might want to consider his contingency plans for Koepka if things are not right in a few weeks.

The Open champion has cost himself a considerable amount of money in the FedEx Cup playoffs. He entered No. 1 in the FedEx Cup and goes into the final round tied for 22nd in the 30-player field. The difference in the top spot and where he is now is roughly $14.5 million.

Morikawa said he tweaked his back at the Olympics, where he narrowly missed a bronze medal. He later said he should have skipped the following week’s WGC-FedEx St. Jude Invitational. After missing the cut at the Northern Trust, he dropped to sixth in the standings. He was 11th coming into this week.

Morikawa said he had gotten into some bad habits and was simply trying to work them out. He did shoot 68 on Saturday.

“I’m going to try and keep it simple,” he said. “I could be thinking about a lot of things, but at the end of the day, everyone’s just going to look at our score and what we shoot this week and I just want to get the ball in the hole. It’s as simple as that, really.”