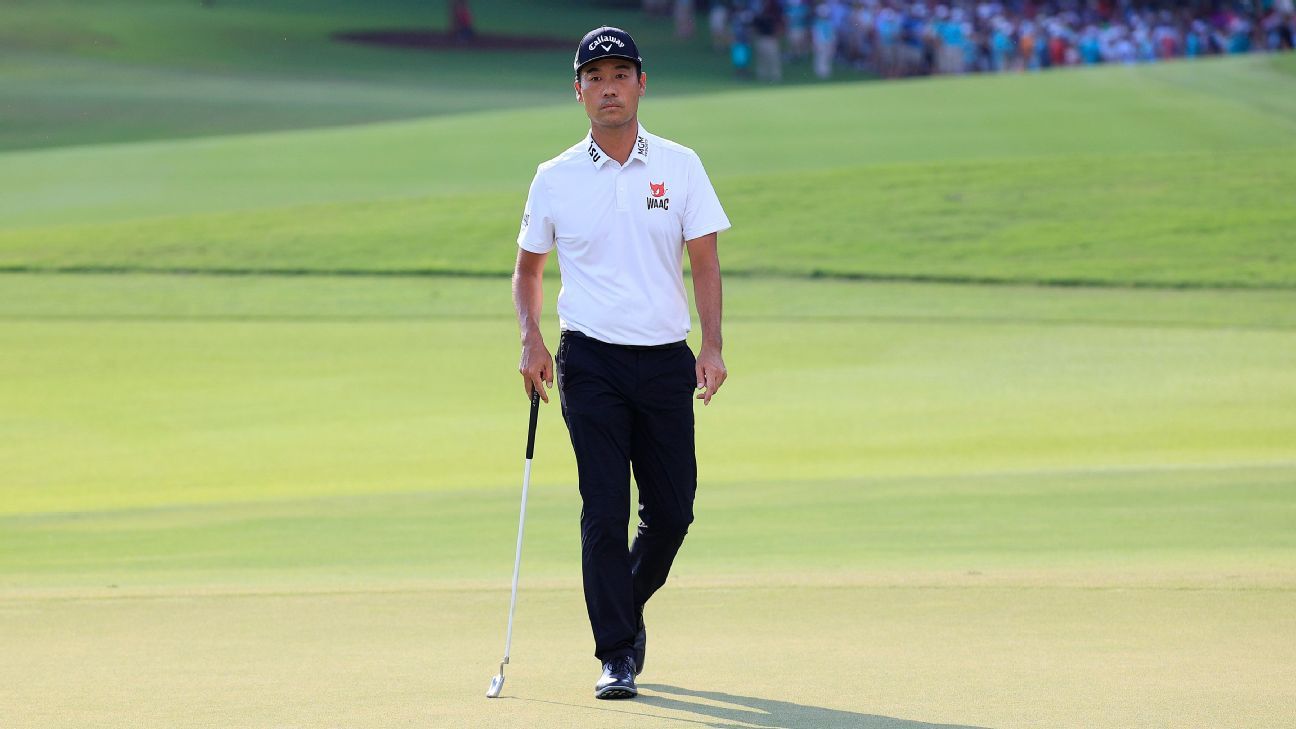 ATLANTA — One golf tournament should not make a player’s bid for a spot on the U.S. Ryder Cup team. Then again, with the flexibility of having six at-large picks, shouldn’t U.S. captain Steve Stricker be looking at more subtle reasons for putting together the last pieces of his team? And more specifically, could one piece be Kevin Na?

The Korean-born American golfer, who turned pro when he was in high school and has seemingly been around forever, has never been on a U.S. Ryder Cup or Presidents Cup team. He has probably never been seriously considered. Who knows, maybe Stricker has already dismissed him.

But when Stricker makes his six picks on Wednesday at Whistling Straits in Wisconsin, site of the matches later this month, Na, 37, would be an interesting choice.

He’s not a long hitter and might not be suited for the brutish Whistling Straits course that borders Lake Michigan. At times, he has had driving issues and swing yips issues and maddening slow-play issues.

And yet, he’s playing some excellent golf of late, putts beautifully and is just quirky enough to annoy a European opponent. Pair him with Bryson DeChambeau … whomever they go against might just lose their collective minds in exasperation.

Na is also coming off an underrated performance at the Tour Championship, where Patrick Cantlay was the big FedEx Cup winner. But due to the staggered strokes format, Na tied Jon Rahm at 14 under par for the lowest scores over 72 holes at East Lake.

In any other tournament, Na would have been in a sudden-death playoff.

“I was trying to win that secret leaderboard, where everybody started from even par, to get captain Stricker’s attention, so I could get a captain’s pick,” he said.

Na said he wasn’t lobbying for a pick. But given the opportunity, well … he lobbied for a pick.

And, actually, he did more of the talking with his clubs and his putter.

Imagine him with American fans hollering as he walks in one of those putts, which he did often in Atlanta.

“I couldn’t have played any better,” he said. “I had one bogey for 27 holes, and the last three rounds [were] bogey-free. Couldn’t have played any better. No matter what golf course I play, if I’m on, I can play. [East Lake] is a golf course that I always felt like it didn’t suit my game. Hitting two to three clubs more than everybody else on every hole, greens are firm, if you miss the fairway for me there’s no chance out of the rough for me.

“I drove it beautifully. That was the key to a successful week.”

Here’s the thing: Na would not be expected to carry the U.S. team. He might play just twice — maybe only once — before singles matches on Sunday of the three-day event. Same for some of the other possibilities Stricker has in mind. The question is if Na fits better than the others for some specific role.

The six players who qualified following the BMW Championship were Collin Morikawa, Justin Thomas, Dustin Johnson, DeChambeau, Brooks Koepka and Cantlay. Tony Finau, Xander Schauffele and Jordan Spieth are considered locks to get three of the six spots. Harris English, who won twice this season and is ranked 11 in the world, seems a pretty safe bet for another spot.

That leaves two openings, with Patrick Reed, Daniel Berger, Webb Simpson, Scottie Scheffler, Sam Burns, Jason Kokrak, Billy Horschel, Kevin Kisner and Na among the stated possibilities. All have possibilities. At this point, little of it should necessarily have to do with recent form or even long-term form.

If getting to the Tour Championship mattered, only Simpson and Kisner failed to advance to Atlanta.

Stricker has several pairings for the team formats. Thomas and Spieth were a strong team in a losing effort in Paris three years ago. Schauffele and Cantlay played four times, going 2-2, at the Presidents Cup in Australia two years ago. Morikawa, if he gets his solid iron game on track, would be expected to play both foursomes and four-ball. You could see him playing with Johnson or Koepka or Finau. Johnson is certainly a candidate to play all five matches, as might be Finau.

That doesn’t leave many openings. So why not find someone who fits a niche, who might just play once or twice before singles?

Na has had a good run of late, finishing at the top at the Tour Championship after a tie for 17th at the BMW Championship and a tie for eighth at the Northern Trust. He also had two second-place finishes before that.

Again, it’s less about those results and more about Na’s ability to fill a role. Imagine him in four-ball with DeChambeau, who would be expected to make a ton of birdies while Na plays steady and attempts to make the pars that allow his partner to be more aggressive.

Sure, there are other players who might very well fit that role. One could be Reed, who had a nice Tour Championship after being hospitalized for double pneumonia. Having started hitting balls only a week ago, Reed showed signs of improvement each day.

“I definitely feel like I am way ahead of where I would say everyone expected me to be health-wise,” he said. “With not playing for a while, you expect a couple loose shots here and there, but as a whole, I felt like the way my health was and the way my golf game was, I’m way ahead of schedule now. To be able to have two weeks at home to grind and get ready. I have no doubt if I’m on the team I’ll be ready and be 100 percent.”

Reed has been one of the best U.S. Ryder Cup players going back to 2014. He is one of the few with a winning record. Then again, he was 1-2 in Paris and 1-3 in Melbourne and his only victories came in singles.

And if Stricker was looking for a reason not to pick him, Reed’s recent health issues are a legitimate excuse.

Na isn’t going to overwhelm anyone (he tied for 58th at the 2010 PGA at Whistling Straits and missed the cut there in 2015), but he does have four wins in the past three-plus years. He leads the PGA Tour in strokes-gained around the green. He also seems to hole a lot of putts, which anecdotally seems to be a deficiency for the U.S. team in Ryder Cups.

“I think I can get on the European team’s nerves walking in a bunch of putts and getting up-and-down from everywhere,” Na said.

He still seems like a long shot. And Stricker certainly could not be blamed for going with the likes of Reed, Berger or Simpson, guys who have played on previous Cup teams.

But the more you think about Na …

“It would be a dream come true,” Na said.