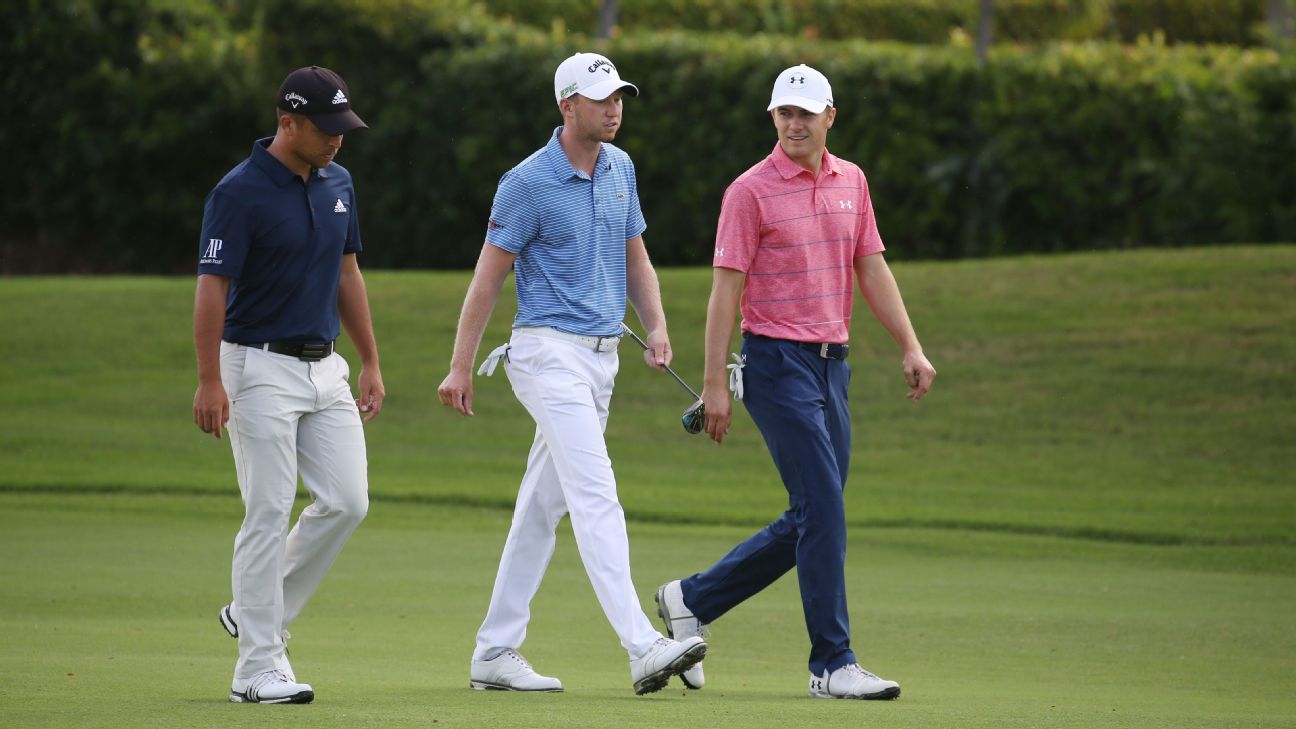 Steve Stricker called himself old school. He is, after all, a big part of the U.S. Ryder Cup effort over the past decade.

Davis Love III, Jim Furyk, Tiger Woods, Phil Mickelson and Stricker have been a constant in just about all of the U.S. team competitions for the better part of two decades.

They’ve also been a part of a lot of losing.

Yes, the U.S. has dominated the Presidents Cup, and these guys were there for that, too. But it was a narrow win at Royal Melbourne for Woods two years ago as a playing captain, as it was for the U.S. in the same event in 2015 in South Korea.

Meanwhile, the U.S. has lost nine of the past 12 Ryder Cups. With what appeared to be a strong team in 2018, got smoked in France.

So what did Stricker do?

He passed on the long-time mandate of experience and went with youth.

With a chance to take experience with Patrick Reed and Webb Simpson, Stricker instead opted for four rookies among his six picks: Schauffele, English, Berger and Scheffler. Neither English nor Scheffler has played in either the Presidents Cup or Ryder Cup.

“What’s neat to see that is they have all played great golf throughout an extended period of time,” Stricker said Wednesday during a news conference announcing his captain’s picks. “That’s what made the choices in my eyes pretty easy. After consulting with the six guys that made the team and my assistant captains, we landed on these six guys pretty easily just because of their form, the way they fit Whistling Straits; their demeanors on and off the golf course and in the team room, I’ve experienced that with a couple of these guys.

“So it just seemed like a natural, perfect fit for these six to join the rest of them.”

And Stricker, who said he relied on his vice captains for the analytics of all the players’ games, came ready with an interesting stat: since 2008, the year Stricker made his Ryder Cup debut as a player, U.S. Ryder Cup rookies are 40-29-17.

“We are looking to the best players to perform here at Whistling Straits, and these six guys that we picked, we feel like fit Whistling Straits to a T,” Stricker said. “Some of them aren’t really rookies. They have played in past Presidents Cup teams. Some of these guys have match-play competition under their belt as well. So we are excited. So we don’t really feel like they are rookies.”

Scheffler was the pick that will get the most scrutiny. In addition to never playing in a Cup competition, he’s not won on the PGA Tour. Rickie Fowler is the last pick, in 2010, to not have won prior to playing in a Ryder Cup. Jeff Overton also made that team as a rookie.

Typically, captains look for guys who have been there, done that. It hasn’t’ always worked. Case in point: Woods and Mickelson combined went 0-6 in 2018.

But Scheffler has plenty of positives to note. He’s been in the top 20 in the last six major championships, including four top-10 finishes. As Stricker pointed out, he took out Europe’s Ian Poulter and Jon Rahm at the WGC-Dell Technologies Match Play.

That tournament is not the Ryder Cup, but it’s interesting that Stricker and his team felt it was important. And it’s not like he has to carry the team. Scheffler will likely be slotted into a pre-determined team matchup for either four-ball or foursomes.

Stricker is also well aware that Thomas and Spieth went 3-1 in Paris; that Schauffele and Cantlay went 2-2 and 2-0 in foursomes in Melbourne; that Johnson has top-10 finishes at two PGA Championships played at Whistling Straits. That Koepka, if healthy, and Finau offer plenty of firepower. And that’s before we get to Morikawa, the Open champion and one of the game’s premier iron players.

There are numerous possibilities, and Stricker is more focused on their success in the game over the past two years than any perceived issues with not having competed in a Ryder Cup.

And let’s face it, other than 2016 when the U.S. romped to victory at Hazeltine, there has been little to cheer about for the Americans. Some of their best players in losing years have been rookies — in 2010, Rickie Fowler; in 2012, Keegan Bradley was a force; in 2014, both Reed and Spieth fared well.

In the end, Stricker ended up with the top 10 guys in Ryder Cup points, a system that goes back more than two years. Quibble all you want about Reed, but he is 0-7 in team matches at the Ryder Cup and Presidents Cup without Spieth as his partner. Simpson didn’t make it to the Tour Championship this year.

So Berger and Scheffler step up with a great opportunity. They are newer and younger.

Stricker is counting on it.

“A Beautiful, Pure Shot” – Paul Lawrie 1999 | My Greatest Shot
Old v New TaylorMade
HOW TO HIT LONGER GOLF DRIVES IN SECONDS
Sounds like Cam Smith got down to business (literally) during the offseason getting his LIV team set for Year 2
FIRST TEE NERVES – How to control them