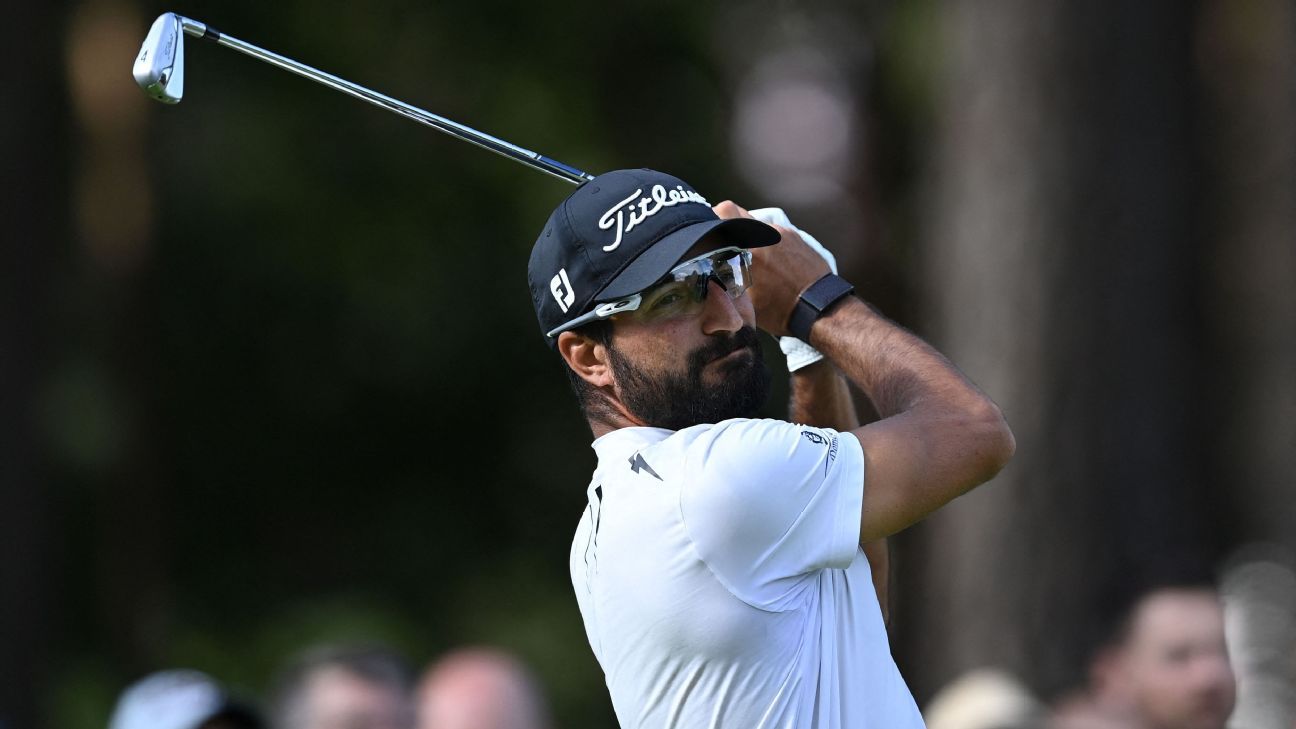 Italy’s Francesco Laporta shot three birdies and an eagle en route to a solid three-under 69 that gave him a one-shot lead after the third round of the BMW PGA Championship at Wentworth on Saturday.

Laporta began in third place at 11-under and quickly seized the lead, hitting a brilliant second shot on the par-five fourth that allowed him to make eagle. He followed that up with birdies on the 11th and the 16th, ending on 14-under.

“I hit ball pretty solid. Unfortunately, I missed some putts and lost four-five holes… The best thing I did today was to be focused shot-by-shot, and that’s what I’m going to do tomorrow,” the 30-year-old, who is looking for his maiden title on the European tour, said.

One shot back was Englishman Laurie Canter who had a mixed day but stayed in contention due to a steady back nine, making birdies on the 12th and 17th and finishing with a two-under 70.

“It was similar to yesterday. I felt like I controlled the ball pretty well and hit it in the right spots and was patient. Obviously didn’t score quite as well as yesterday. Couple of poor shots… but quite chuffed for tomorrow,” Canter said. Among those a shot further back on 12-under were American Billy Horschel and former Masters winner Adam Scott.

Overnight leader Kiradech Aphibarnrat of Thailand endured a difficult day on the greens, getting off to a horrid start with bogeys on the second and the third. After a series of pars, he again bogeyed the 18th after finding the water, shooting a two-over 74 that left him four shots off the pace.

Ryder Cup hopeful Shane Lowry kept his chances alive of playing for Europe with a three-under 69 that was made possible by a terrific birdie putt on the 18th.

“It’s been a stressful week… but I’m one 66 or 67 away from achieving a career-long goal (playing in the Ryder Cup). I’ve been in pressure situations before and I’m not going to back down tomorrow,” Lowry said.

The Irishman joined Austria’s Bernd Wiesberger on 11-under, with both men in line to make the European team, pushing Lee Westwood — who was at five-under for the tournament — out of the automatic qualification spots.