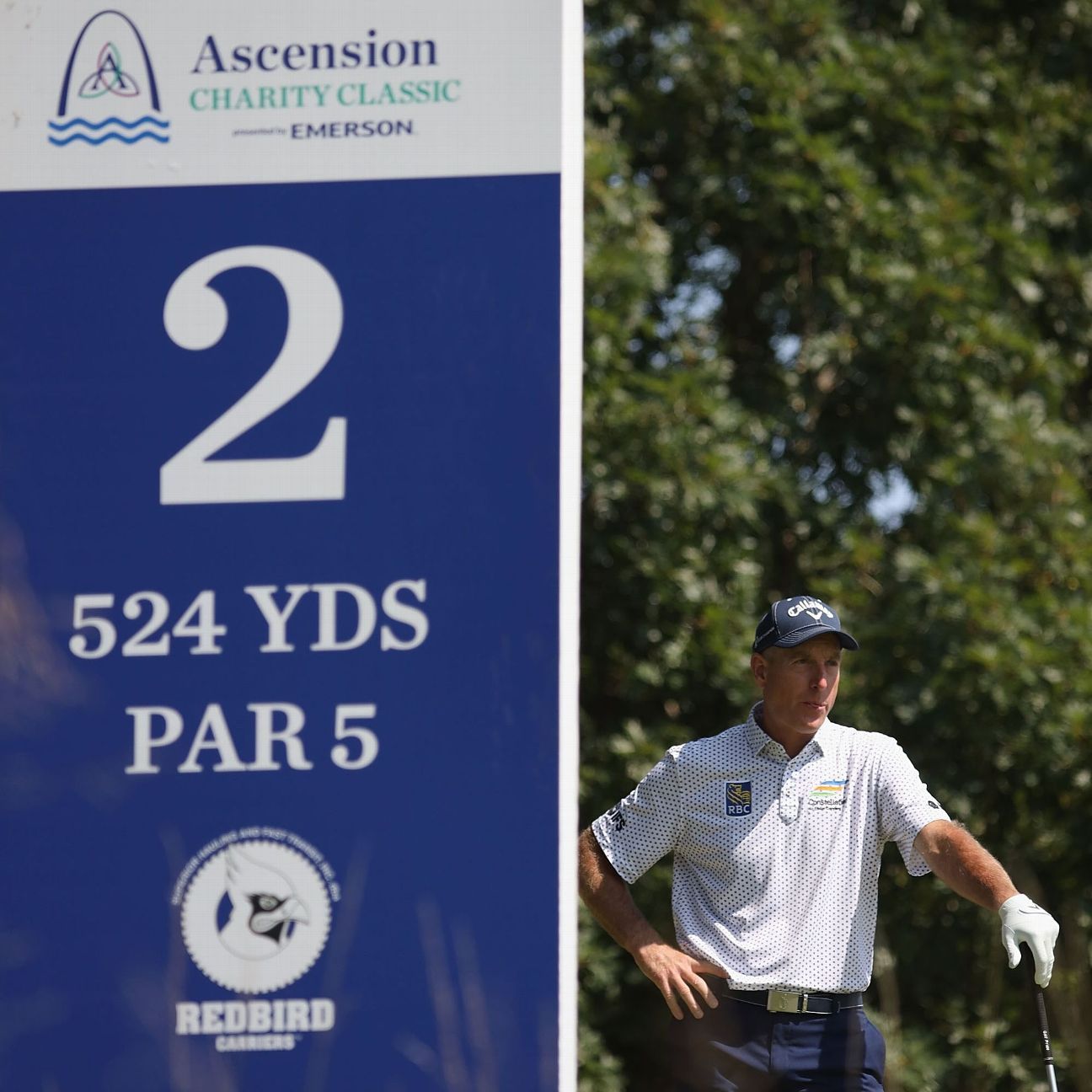 Goydos had six birdies and bogey in his morning round.

“I had a good day,” Goydos said. “I think also playing in the morning was a little softer and a little more inviting didn’t hurt either. But I hit a lot of fairways, I hit a lot of greens and I made a lot of putts and that’s usually a good formula. It’s amazing how that works.”

John Daly opened with a 68.

“It’s an old traditional golf course,” Daly said. “It’s something we don’t get to play a lot anymore and it’s really cool.”

Daly went to Helias High School in Jefferson City, also starring as a kicker and punter. On Wednesday night, he threw out the first pitch at the Dodgers-Cardinals game – a toss he unsuccessfully tried to fire over the screen behind the plate.

“St. Louis has always been a great fan base of any sport,” Daly said. “Bellerive was crazy a couple years ago. It’s just so awesome. They’ve always been a great town, a great city of sports. Love the Cardinals, love their Blues, and that’s what you love about coming here, it’s just a great, great fan base city and it’s good to have them on my side.”

Furyk bogeyed the par-4 17th to fall out of the tie for the lead.

“I got off to a fast start, that’s for sure, birdieing four of the first six,” Furyk said. “Did a good job of really hitting a lot of fairways, I drove the ball really well today, excited about that. These greens are severe so there’s times where it’s tough to get the ball close or it’s tough to put the ball in a position where you can be aggressive with the putter.”

Trevor Immelman has big seat to fill in making his debut as CBS’s lead golf analyst
A Guinness World Record! ⏰
Rahm struggles with 73, well back at Farmers
Highlights | Round 2 | TOUR Championship 2020
Phil Mickelson says he’s ‘at peace’ with never playing in another Ryder Cup or PGA Tour event