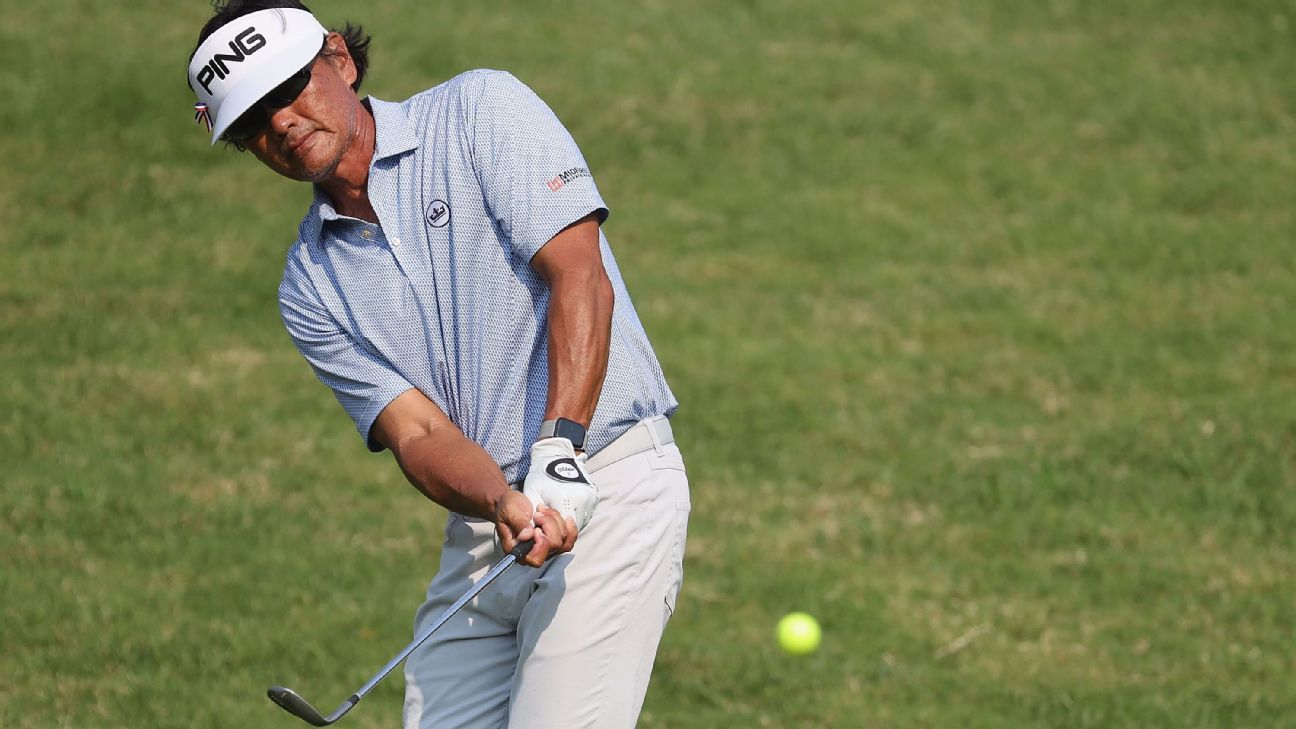 ST. LOUIS — Ken Tanigawa had two front-nine eagles in a 6-under 65 for a share of the second-round lead with Doug Barron in the PGA Tour Champions’ inaugural Ascension Charity Classic.

Tanigawa eagled the par-5 second and eighth holes in a front-nine 30 on Norwood Hills’ West Course, the tree-lined layout where Ben Hogan won the 1948 PGA Championship for his second major title.

“I can’t tell you the last time I had two eagles on nine holes,” Tanigawa said. “The par 5s, I hit them in two and really putts that you really shouldn’t make that I ended up holing and making. That was a bit of a bonus.”

Barron also eagled the eighth and closed with a birdie for a 68 to match Tanigawa at 8-under 134.

“I hit the shot of my life at eighth, almost made double eagle, and hit a 5-footer for eagle,” Barron said. :And then just kind of held on the first few holes of the back nine.”

The 53-year-old Tanigawa has two senior titles, the last in 2019 in the major Senior PGA Championship. The 52-year-old Barron also has two Champions victories.