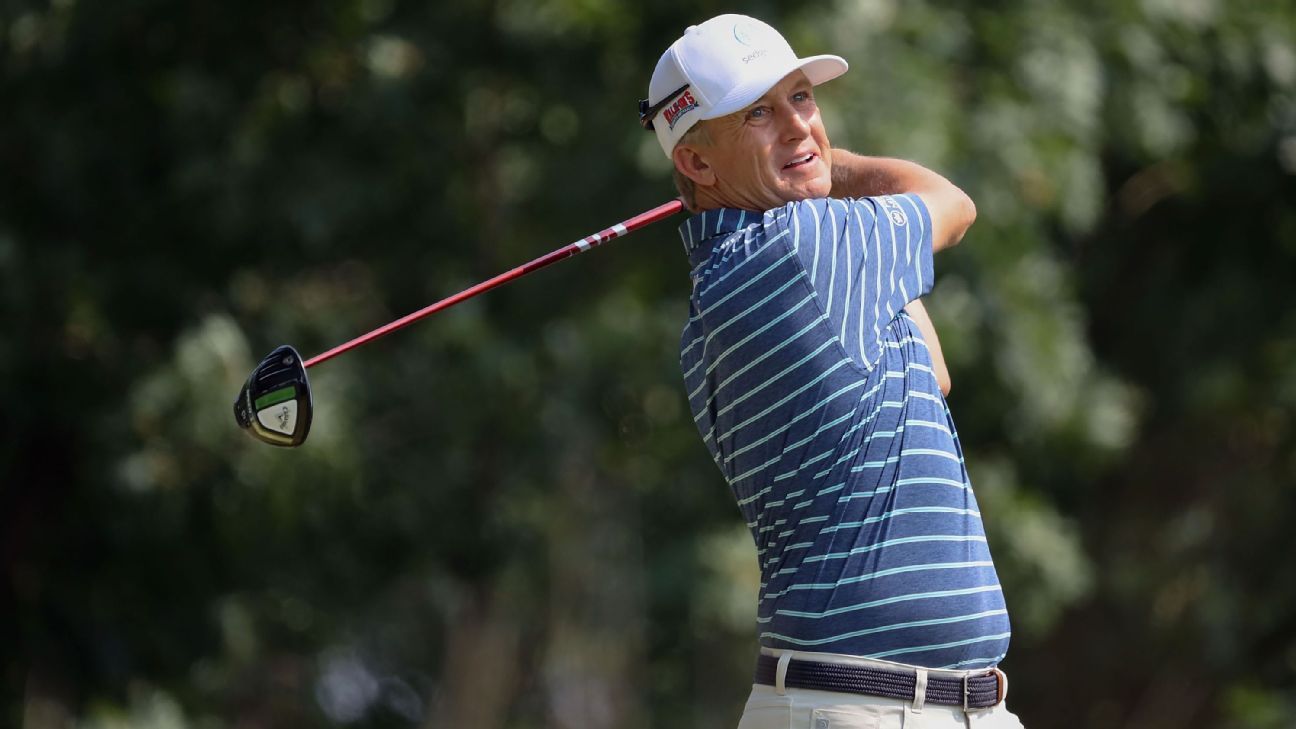 Toms hit his approach in the playoff on the par-4 18th to the middle of the green and two-putted from 18 feet. Pride’s approach went to the right into a greenside bunker and his 16-footer for par stopped an inch short of going in.

The 54-year-old Toms scrambled for par on the 18th in regulation after driving left into a fairway bunker. He shot a 5-under 66 to finish at 10-under 203 on Norwood Hills’ West Course, the tree-lined layout where Ben Hogan won the 1948 PGA Championship for his second major title.

“It was tough to play. You had to pay attention to what you were doing out there,” Toms said. “You had to hit your second shots in the right place to even have an attempt at a putt. So, I think first year, man, it went really well. It was supported by the community, fans came out, the weather was tremendous. A little bit breezy, but this time of year you’ll take this every day.”

Pride finished with a 67, forcing the playoff with a 20-foot birdie putt on 18.

“Hung in there, made a bunch of birdies, and that really nice birdie on 18,” Pride said. “The playoff, I can get mad at leaving the putt short, that’s kind of a culmination of I tried to make putts on 15 and 16 and I hit them through the break.”

“I still work hard. It’s tough,” Toms said. “I mean, guys prepare every week, they play great. Means a lot obviously, it means a lot. I felt good all week here. It felt like a PGA Tour event with the crowds and everything, the build-out.”

The 52-year-old Pride won the Mitsubishi Electric Classic in May in Georgia for his lone senior title. He won the 1994 St. Jude Classic on PGA Tour

On the cusp of his fourth win in five starts, the perfectionist in Jon Rahm still sees room for improvement
Best shots on the PGA TOUR in 2019 (non-majors)
Driver vs Iron – The Set Up Explained In 30 Seconds! #shorts #golf
What to watch as the PGA Tour moves to Torrey Pines
THIS IS SUCH A SIMPLE DRILL TO HELP YOUR GOLF SWING