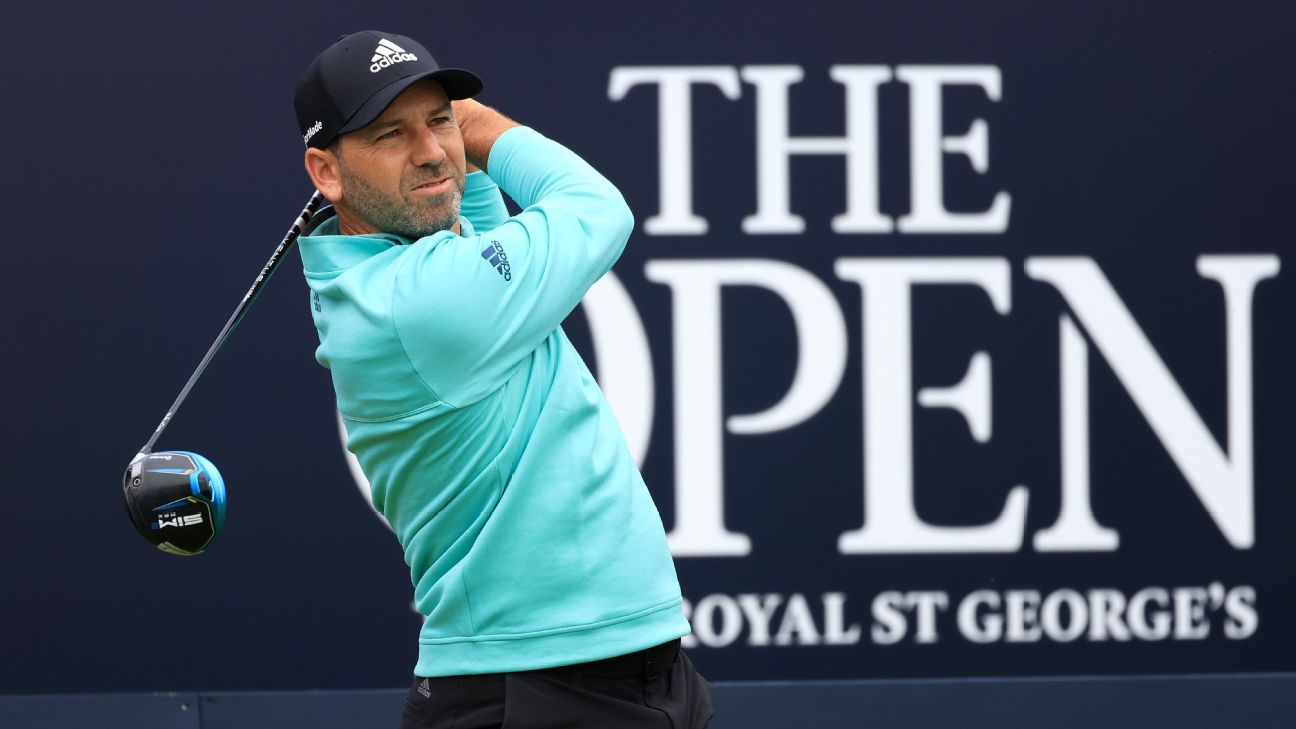 The final round of the European Tour’s flagship event, the BMW PGA Championship outside of London, saw the nine automatic qualifiers determined, with Harrington making his three at-large picks afterward.

The big name left out is England’s Justin Rose, who shot 65 on Sunday at Wentworth to make a last push to get one of the spots. Rose had failed to qualify for the PGA Tour’s FedEx Cup playoffs this year.

“There are some great partnerships in there,” Harrington said. “My biggest difficulty is I have too many great players.”

The Ryder Cup is Sept. 25-26 at Whistling Straits in Haven, Wisconsin.

Lowry left himself vulnerable when he fell out of one of the top nine positions with his tie for 17th at Wentworth. He noted how stressful the process was in the weeks leading to the decision.

“For me, it’s been a career-long goal to get to the Ryder Cup,” Lowry said. “I remember sitting in the media center after I won The Open and when the points started I said it was my No. 1 goal. And having Padraig as captain is extra special for me. I’m happy to get a pick, I tried my best to make the team on my own. For me, there’s no point going over there to make up the numbers. I want to deliver points for Europe.”

Europe uses a European points list comprised of points earned on the European Tour as well as a World points list that uses the world rankings.

The four players to come off the European points list were No. 1-ranked Jon Rahm, Tommy Fleetwood, Tyrrell Hatton and Bernd Wiesberger — who earned one of the last two spots. Rahm is the only top 10 player in the world on the European Tour; the U.S. side has eight of the top 10.

Westwood, 48, grabbed the last spot and will make his 11th Ryder Cup appearance, tying the record held by Nick Faldo. Phil Mickelson with 12 has the most appearances for the United States.

Garcia and Poulter seemed all but certain given their past performances. Garcia played in his first Ryder Cup in 1999 and has earned the most points in European Ryder Cup history. He is 22-12-7 in nine Ryder Cup appearances.

“I’m relying on him to stand up there and be a leader,” Harrington said. “Passion. He just loves the Ryder cup. He loves everything about it. I think he really enjoys mentoring the young guys. He likes being around the other guys in the team room. We all know Sergio would have loved to be a team player all his life. It is like he was made for it.”

Poulter has played in six previous Ryder Cups with a 14-6-2 and never a singles defeat.

“This shouldn’t have been too much of a doubt,” Harrington said of Poulter. “He is the post man. He’s proved it. He’s undefeated in singles. Incredible passion in his matches. He lifts his playing partner and he lifts his team. I’m thrilled to get a player who delivers and a player who is in form. I’m looking forward to having him there and being the heart of the team.”