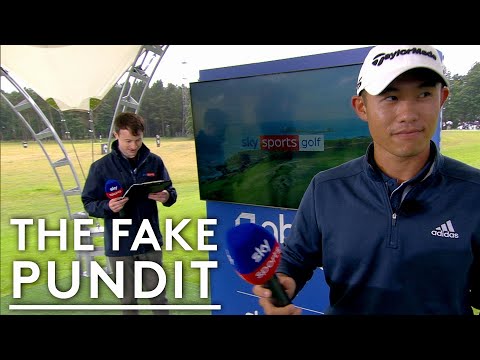 Matt Wallace and Søren Kjeldsen joined forces with our ‘Fake Pundit’, Seán Burke, to put some of the abrdn Scottish Open field through the most excruciating ‘live’ pre-event media interviews of their careers.

Posing as a new presenter for ‘live’ Sky Sports News hits from The Renaissance Club, Seán subjected his victims to everything from whacky golf terms to technical mishaps to incredibly expansive questions and painful instructional segments.

Featuring the likes of Lee Westwood, Padraig Harrington, Collin Morikawa, Billy Horschel plus many more, some of the best golfers in the world were on the receiving end of his antics.

Take it away Seán …