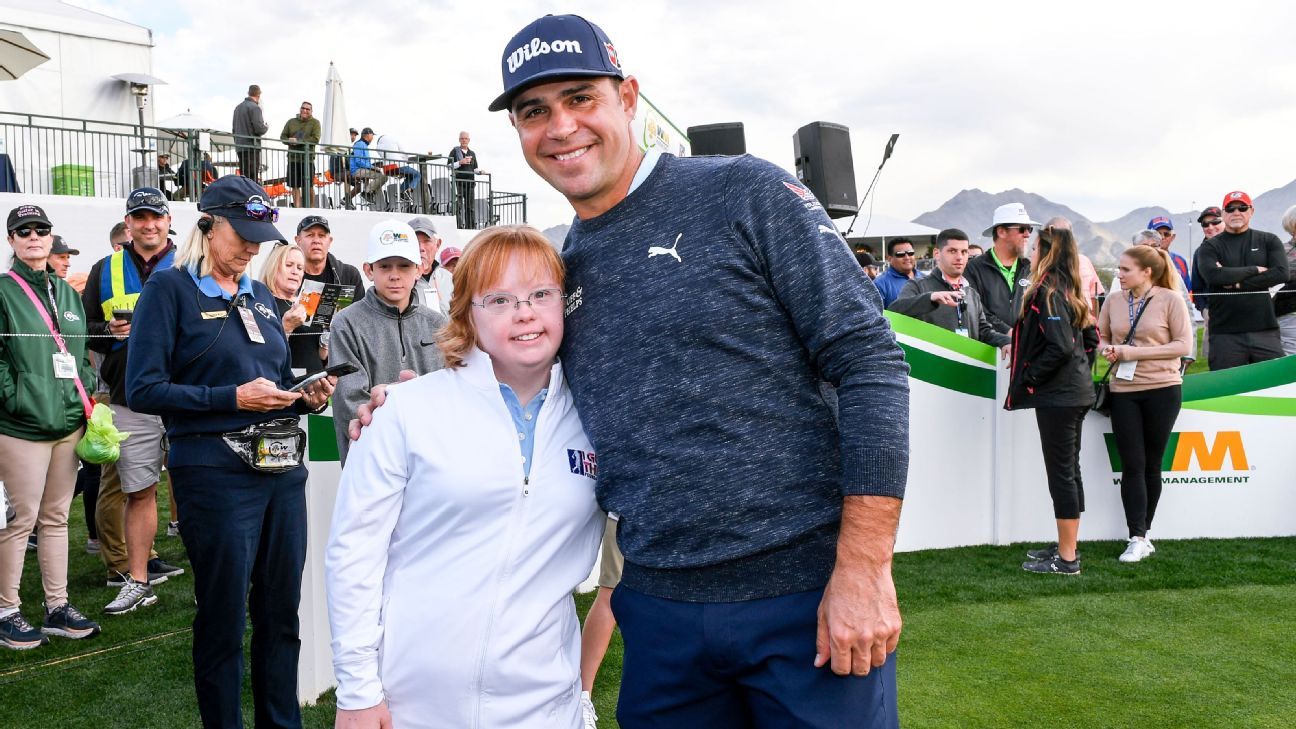 PHOENIX — Amy Bockerstette will be taking her talents to the national stage next year.

Bockerstette, who has Down syndrome, was one of five golfers selected for the 2022 Special Olympics USA Games, which will be held next June at the Orange County National Golf Center in Orlando, Florida.

“Millions of people have been inspired by your positive attitude and the positive energy you share with everyone,” Woodland said in the video. “I look forward to cheering you and your fellow athletes on as you compete and shine as one. I know you will continue to inspire us and make us all so proud. Amy, you got this.”

The two first met in 2019, when Bockerstette played the famous No. 16 hole at TPC Scottsdale during that year’s Waste Management Phoenix Open Pro-Am. She parred the hole with Woodland and Matt Kuchar by her side, becoming a viral sensation in the process.

Bockerstette and Woodland continued to stay close. He credited her “I got this” mantra for helping him win the U.S. Open in 2019 at Pebble Beach.

“I was so happy to see Gary invite me to go to Florida next year for the Special Olympics USA Games,” Bockerstette told ESPN. “We are best friends. I am very excited to go to Disney, too!”

Bockerstette, who plays golf for Paradise Valley Community College, will be one of more than 200 Special Olympics athletes competing in the USA Games.

“Amy loves playing golf in Special Olympics and this will be her first opportunity to compete at the USA Games,” Amy’s father, Joe Bockerstette, told ESPN. “We’re grateful to Special Olympics Arizona for facilitating Amy’s introduction to Gary Woodland at the Phoenix Open in 2019 and it is special for her to receive the invitation to the USA Games from her friend, Gary. We are looking forward to a fun and challenging competition in Orlando.”

Bockerstette became the first person with Down syndrome to play in a collegiate championship on any level in May, when she played in the NJCAA Division I women’s golf national championship.

Jordan Spieth explains why Dustin Johnson is missed more than most LIV Golf members
This club pro has a spot in the PGA Tour’s next $20 million ‘designated’ event. Can Michael Hopper cash in?
Pebble Beach adjusts dangerous par-4 8th hole
An out-of-nowhere 63, as the weather turns and a major champ’s neck issues
Slippery shot, awesome reaction 😂