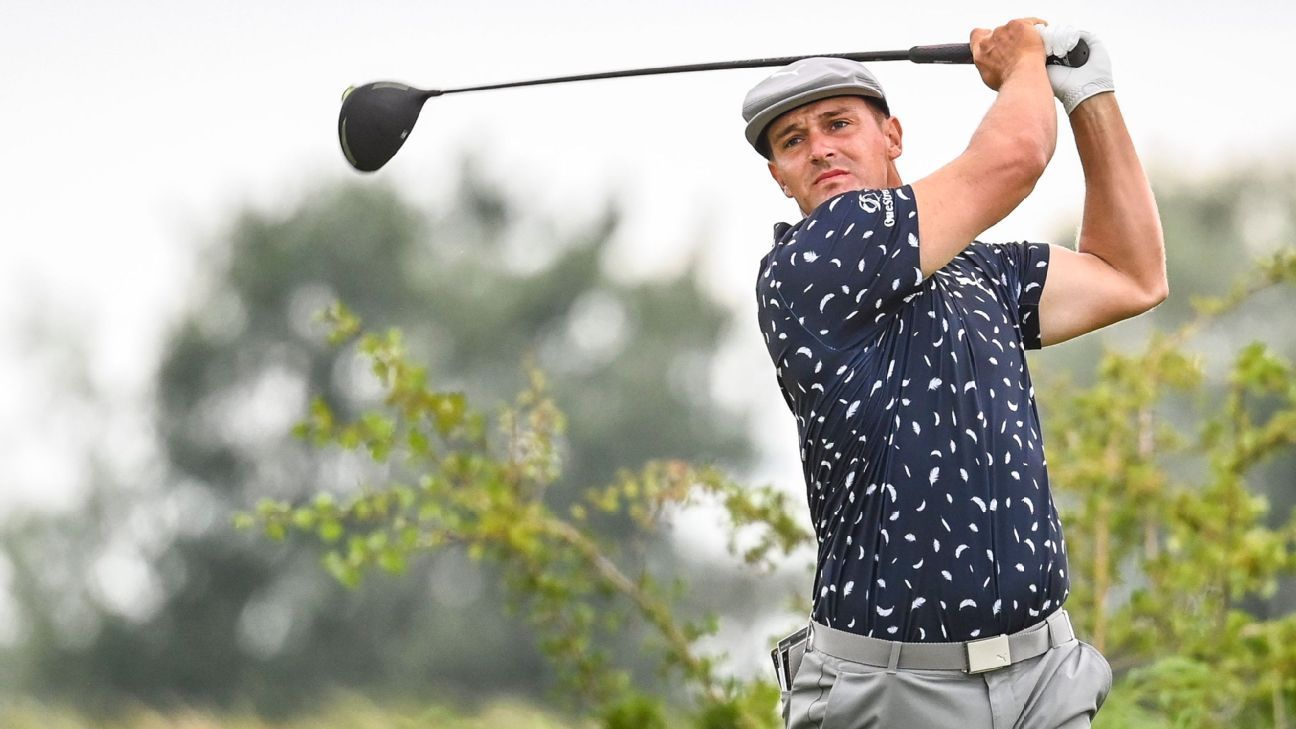 Bryson DeChambeau, who will compete in both the Ryder Cup and the world long drive championship this month, said his hands are “wrecked” with calluses from intense training for the events.

DeChambeau discussed his “two-a-days” schedule during a recent interview with Golf.com, saying he hopes the unique atmosphere at a North Carolina-based training complex will help unlock his “full potential.”

Golf.com, which published the interview Tuesday, described DeChambeau’s hands as being callused and requiring tape.

“My hands are wrecked from it,” DeChambeau said. “People don’t realize how difficult long drive really is.

“In golf, it’s the one thing where you can judge your accomplishments by a number. Not necessarily by going out and playing golf, because you can catch a sprinkler head or catch a bad break or bad wind. On FlightScope, you can see the ball speed number, and when you obtain a ball speed number, it’s so different and unique. It’s like a shot-putter shot-putting a new record number. You’re trying to find that full potential to break through.”

DeChambeau’s grueling routine consists of two 90-minute speed training sessions every day at Bobby Peterson’s One Stop Power Shop, located in Newton Grove, North Carolina. He told Golf.com that he is gleaning “endless amounts of knowledge about equipment, as well as the technique, emotions and adrenaline that go into long drive.”

“You’re talking about maxing out PRs [personal records] in the gym,” he said. “It’s the same sort of thing you do with speed training. When you hit that new number, everybody goes nuts. It’s just a cool environment to be a part of.”

DeChambeau, who boasts the longest average drive distance on the PGA Tour, announced last month that he will compete in the Professional Long Drivers Association World Championship in Mesquite, Nevada, on Sept. 28.

As for the Ryder Cup, which starts Sept. 24 at Whistling Straits in Wisconsin, DeChambeau isn’t worried that he’s training too hard.

“I do it every week,” he said. “Is it daunting? Hell yeah. At first, when I was trying to do it last year, it was very scary. But now that I’ve been through it and experienced the worst pains from it, and the most relaxed state of it where I’m not doing any speed training, I know how to kind of balance it for the most part. Why not go hard at life and do both?”