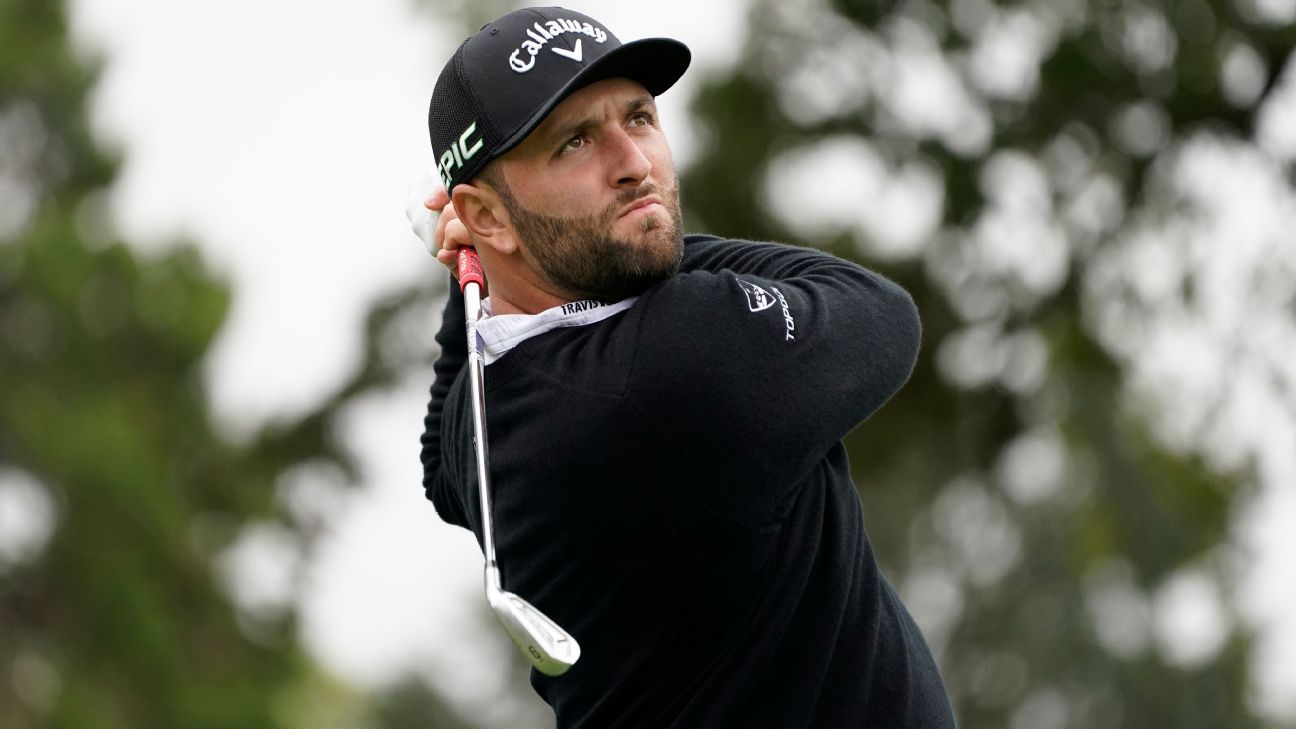 NAPA, Calif. — Jon Rahm is motivated, even if he’s not feeling well.

The top-ranked Spanish star had two birdies and two bogeys Thursday in an even-par 72 in the first round of the Fortinet Championship, leaving him well back of the leaders at Silverado Resort and Spa.

“I was having a hard time focusing given the fact that I haven’t had a solid meal since Tuesday morning,” Rahm said. “My best guess is just a little run down from the season. Maybe having a little bit too much good rich food Monday and Tuesday just did it for my stomach.”

Rahm began feeling ill earlier this week and pulled out of the pro-am Wednesday to rest. He said he felt worse than when he tested positive for COVID-19 in June and was forced to withdraw from the Memorial after leading by 6 strokes through three rounds.

“Way, way worse,” Rahm said. “That Saturday I couldn’t have given you any more diagnosis than maybe a light cold based on what I was feeling that day. I would have never guessed it was COVID. So yeah, I feel way worse right now than I did.”

After the disappointment at the Memorial, he won the U.S. Open at Torrey Pines in June for his first major championship. He won the money title, the Vardon Trophy for the lowest scoring average and had 15 top-10 finishes.

Rahm said he’s also motivated by being passed over for the player of the year honors that went to Patrick Cantlay, who won the FedEx Cup after edging Rahm by 1 stroke at the Tour Championship.

“I played amazing golf,” Rahm said. “What could have been if certain unfortunate situations didn’t happen, right? I could have had maybe one more win and the chance to compete for a medal. To think it could have been better does nothing but motivate me. I know I can get better.”

Chez Reavie had the lead at 65 after the morning wave, with Cameron Tringale and Adam Hadwin a stroke back. Phil Mickelson shot 70.

Justin Thomas is ‘trying something different’ ahead of PGA Championship | Golf Today | Golf Channel
This club pro has a spot in the PGA Tour’s next $20 million ‘designated’ event. Can Michael Hopper cash in?
Cameron Smith’s INCREDIBLE chip shots at the Memorial
Highlights | Round 2 | TOUR Championship 2020
Me vs a 23 handicapper… with a twist!