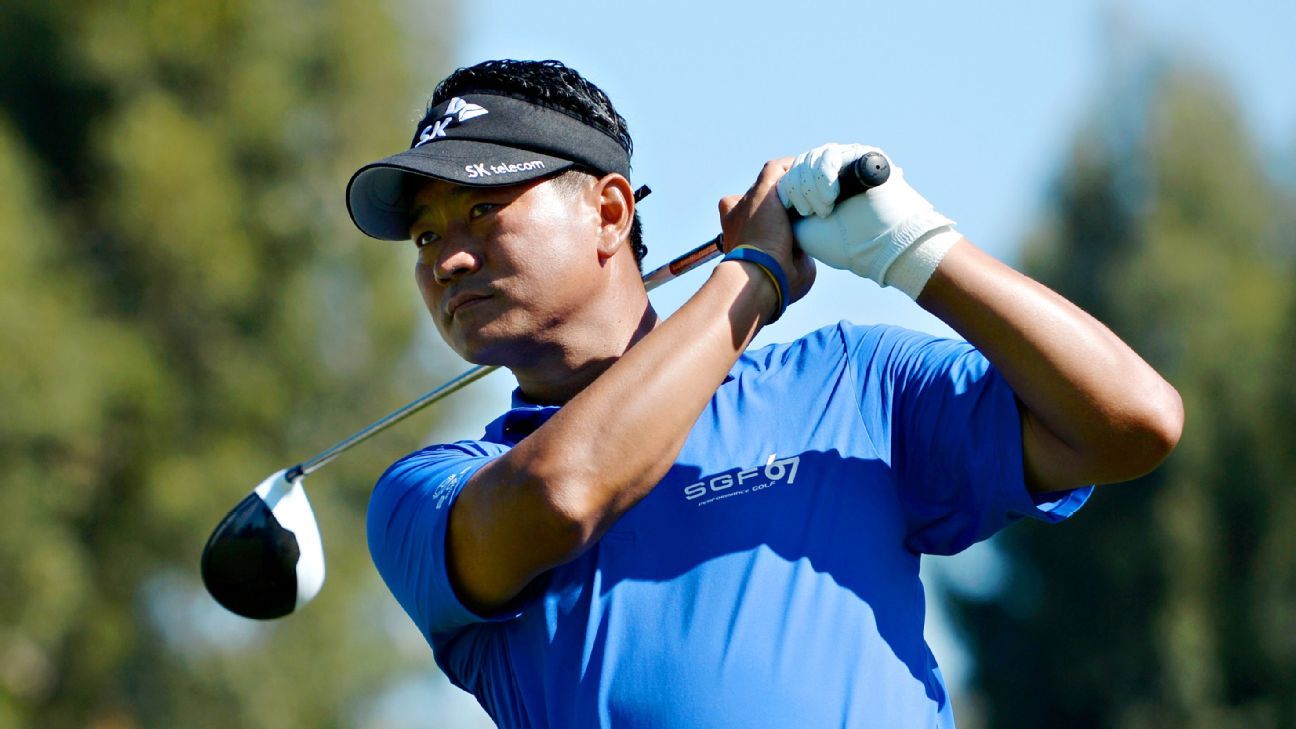 SIOUX FALLS, S.D. — K.J. Choi closed eagle-birdie-birdie for a 7-under 63 on Friday and share of the first-round lead with Darren Clarke in the PGA Tour Champions’ Sanford International.

Choi had a bogey-free round at Minnehaha Country Club. The 51-year-old South Korean player won eight times on the PGA Tour.

Choi noted the importance of iron shots and putting on a course that is “sometimes confusing in the greens and the slope.”

Clarke, the 53-year-old major champion from Northern Ireland, also finished with a birdie on the par-4 18th. He has two victories this season, the TimberTech Championship in November and Mitsubishi Electric Championship in January.

“I just liked this golf course from the first time I came here and I’ve really, really enjoyed it.” said Clarke, who shot 62 on the course last year. “Seems to fit my eye. There’s a couple holes where I can open up a little bit and have a dig at it, such as the first today, straight downwind, so I hit driver off the tee and just off the edge of the green and lobbed it up there. I just like the look of the golf course. “

Stricker, set to lead the United States against Europe next week at Whistling Straits in Wisconsin, birdied the last two holes for a 67. He won the inaugural event in 2018.

My 3 Best Chipping Tips for 2023 [Greatest Ever Chipping Lesson?]
Patrick Reed involved in another rules question after ball gets stuck in tree
3 Habits That Keep My Best Students Sharp (Golf Lesson 2023)
IRON SWING BASICS – 3 TIPS TO STRIKE YOUR IRONS
A Guinness World Record! ⏰