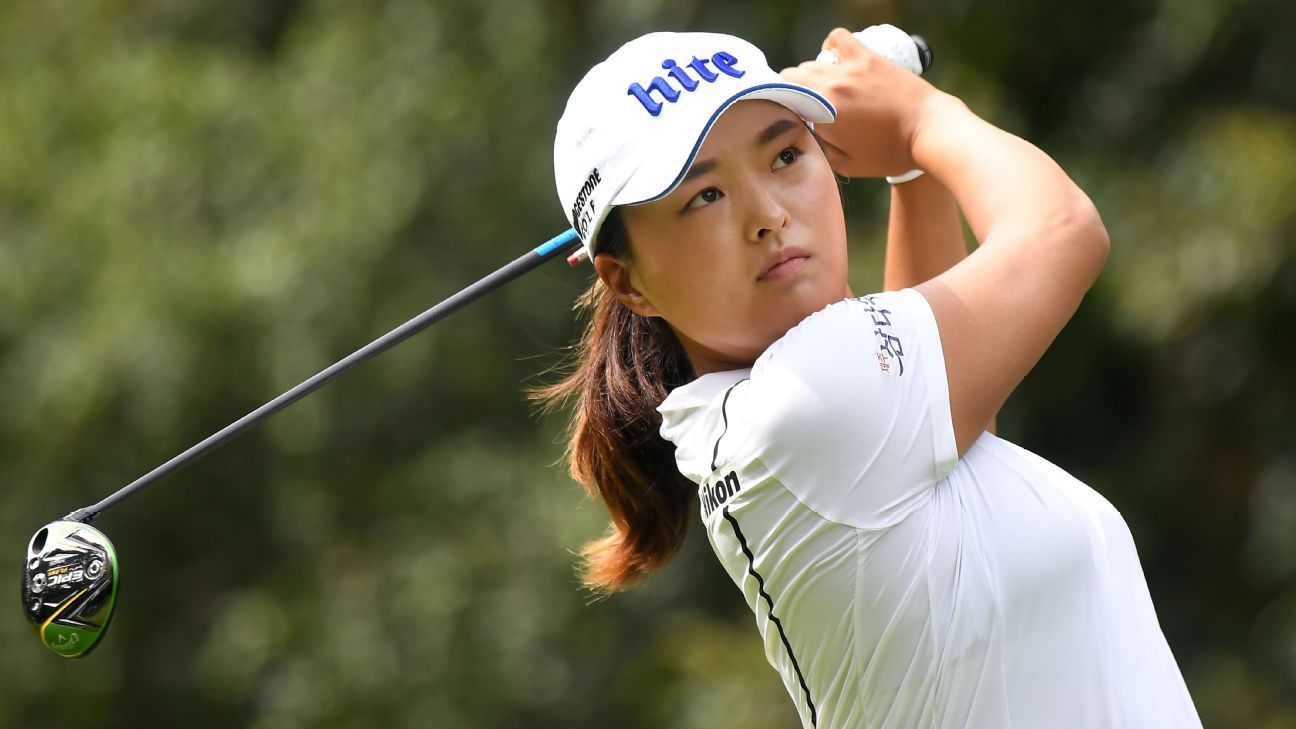 WEST LINN, Ore. — Jin Young Ko shot a 5-under 67 on Friday to take the second-round lead in the Cambia Portland Classic.

The second-ranked South Korean star needed only 23 putts in her morning round, making six birdies and a bogey to reach 8-under 136 at hilly, windy and tricky Oregon Golf Club.

Ko said she changed her putter a few weeks ago while spending more than a month in Korea.

Gemma Dryburgh of Scotland was a stroke back after a 69.

“It was quite tough out there. It was quite windy,” Dryburgh said. “Reminded me of home a little bit, especially my back nine, the front nine. It’s a bit more open around there so it’s kind of tricky.”

Carlota Ciganda, the only member of the winning European Solheim Cup team in the field, had a 71 to get to 5 under.

“It was a tough day,” Ciganda said. “Took three hours to play the front nine, so it’s just, it’s a tough course. It’s a new course. It was really windy today. The front nine is playing quite tricky with the side winds.”

Making her first start since the Tokyo Olympics, Ko rebounded after bogeying three straight holes late Thursday afternoon in an opening 69. She won in Texas in July for her eighth LPGA Tour victory.

“These fairways and greens are really narrow, so I had to hit it straight,” Ko said. “So, it was a little nervous from the tee for everybody, but [I did a] great job. I’m looking forward to the weekend.”

Rain was expected overnight and throughout the weekend at the scenic course that agreed to host the event a few months ago when it was shifted from Columbia Edgewater Country Club because of safety concerns about a homeless encampment bordering the Portland layout.

Oregon State senior Ellie Slama advanced to the weekend at 3 over, following an opening 78 with a 69.