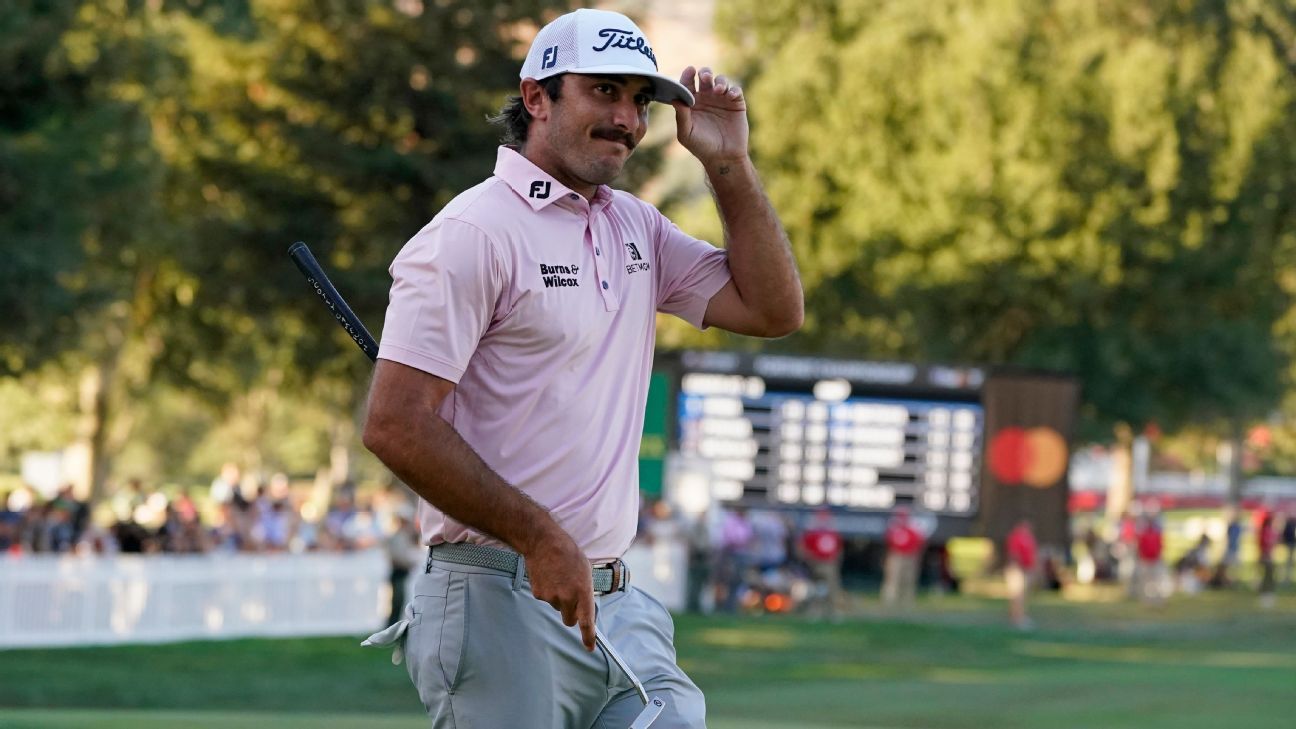 NAPA, Calif. — Max Homa holed out from the rough from 95 yards for eagle on the par-4 12th to start a back-nine comeback and added three birdies for a 7-under 65 and a 1-stroke victory Sunday in the season-opening Fortinet Championship.

Homa won for the second time this year and the third time on the PGA Tour. He won at Riviera in Los Angeles in February.

McNealy shot a 68 to finish second. He birdied the 16th, then made a double bogey on 17 and an eagle on 18. The son of billionaire and former Sun Microsystems CEO Scott McNealy, the 25-year-old player grew up in Palo Alto and starred at Stanford.

Jim Knous (74) began the day tied for the lead with McNealy but could never find his rhythm and finished at 12 under. Knous, who has one more start on a medical exemption, landed his opening tee shot into a spectator’s chair and had a triple bogey on No. 14.

Playing in the twosome just in front of McNealy, Homa birdied three of the last four holes on the front nine, then dropped a stroke on No. 10.