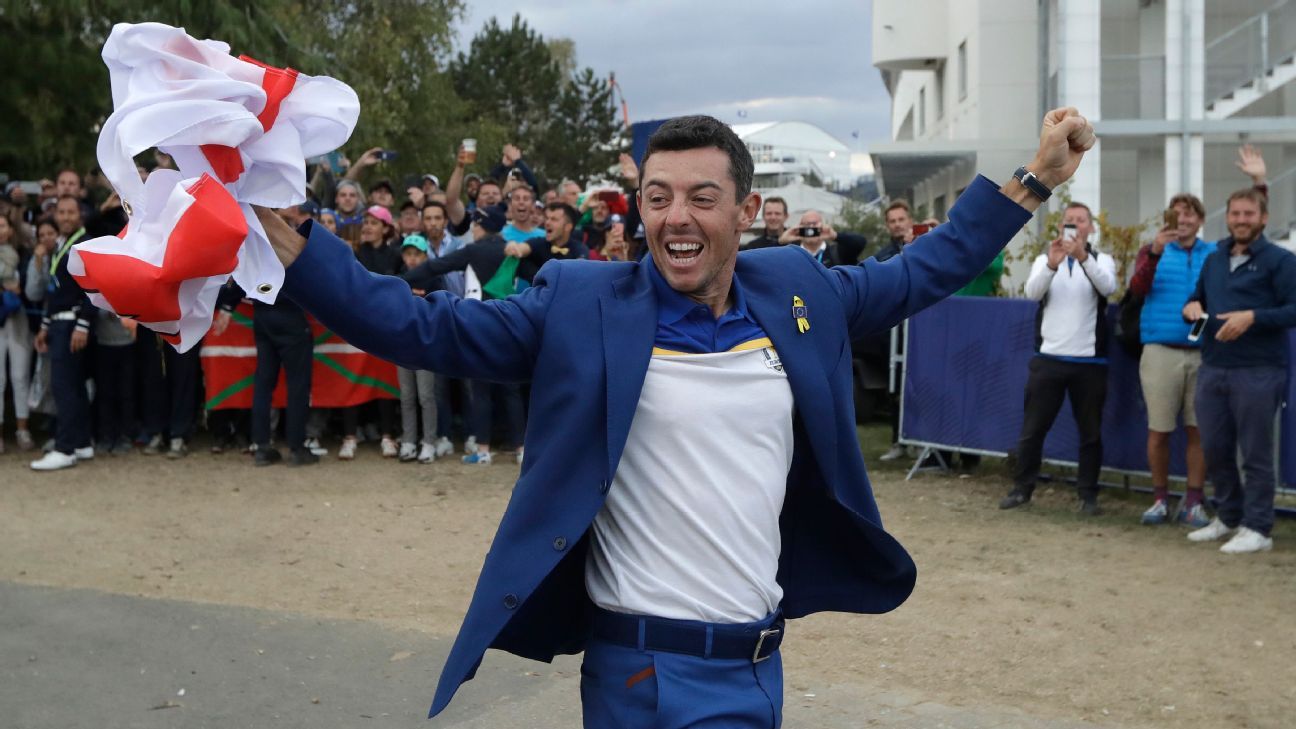 SHEBOYGAN, Wis. — Rory McIlroy chuckles, somewhat sheepishly, as words from part of his past are played out before him. Call it the naivete of youth, an understandably uninformed take on a subject that he had yet to have the opportunity to fully experience.

McIlroy was barely 20 years old when he referred to the Ryder Cup as an “exhibition,” explaining that it was a “great spectacle” but that “at the end of the day it should be there to be enjoyed. In the big scheme of things it’s not that big of a deal to me.”

McIlroy got considerable pushback to those comments made well in advance of his first Ryder Cup in 2010. He simply didn’t know any better.

And while what he is said is ultimately true — the Ryder Cup is a great spectacle and it is just an exhibition — anyone who has been involved in one knows the event goes well beyond those descriptions.

This week at Whistling Straits, McIlroy, now 32, will compete in the Ryder Cup for the sixth consecutive time. He has never missed a match, playing in all 24 sessions (there were just four in 2010) for Europe and compiling a record of 11-9-4, and has been on four winning teams.

“Going into the Ryder Cup as a rookie, you don’t know quite what to expect,” he said. “You’ve watched it on TV over the years, but once you are there it’s just a completely different experience.

“I was a decent player at that point. I wasn’t as established as I am now or even with the Ryder Cup at that point. The first Ryder Cup is really special. It’s such a unique experience. I don’t think there is anything else in golf that can prepare you for it.”

The rookies on each side are bound to experience some of the same feelings.

The European side has three players who have never competed in a Ryder Cup: Austria’s Bernd Wiesberger, Norway’s Viktor Hovland and Ireland’s Shane Lowry.

How they view the Ryder Cup is likely to be different at the end of the week.

“It is bigger than you imagine,” said England’s Justin Rose, who did not make the team this year but has played in five Ryder Cups. “The first time I experienced winning [2012] as a team I really knew then what the Ryder Cup was all about. That win [Europe came back from a 10-6 deficit on the final day at Medinah] was just incredible. We were getting trounced there. For nine sessions of Ryder Cup golf, I felt like I was on the receiving end of brutality each time. It really wasn’t that much fun. Then Sunday at Medinah happened. Sunday everything changed about the Ryder Cup. You start to understand what winning as a team feels like and means. That changed it for me for sure.”

Paul Casey saw it more from the negative side. He played his first Ryder Cup in 2004. He was quoted in a newspaper story saying, “Oh, we properly hate them. We wanted to beat them as badly as possible,” about the 18.5-9.5 European win — which was the largest victory margin at the time and later was matched by Europe in 2016.

Those comments were picked up by other British outlets, used in headlines, and Casey found himself in a firestorm that to this day leaves him shook.

“It was the wrong term to use,” Casey said. “But I basically said you ‘hate’ the guy you’re playing against. And then when it’s over you shake his hand and go have a beer. Of course they took ‘hate’ and threw Americans in there in a headline and killed me. It hurt an awful lot.

“I contemplated quitting, that’s how much it hurt. I was in a dark place. It was really painful. I probably took it harder than maybe the grief I got out there. I was very upset. I’ve spent pretty much my entire adult life in [the United States], so it was very painful to be painted that way.”

Casey, 44, who has played in four Ryder Cups, went to Arizona State and still lives in the Phoenix area.

But growing up in England, he was well aware of the Ryder Cup and its importance.

“I knew what a big deal it was,” Casey said. “You never totally know until you’re fully immersed in it. But Ryder Cups were such a big thing, still such a big thing in Europe. That was all we did was sit down and watch that when we were kids. Glued to the TV for three days. It was brilliant. The drama. Obviously it was going through that rich spell for the Europeans. The victories at The Belfry. Sam Torrance [holed the winning putt in 1985], Christie O’Connor hitting his 2-iron over the water [in 1989], Seve [Ballesteros] driving it on the green at 10 [in 1985]. That kind of stuff. It was kind of like folklore.”

Keegan Bradley had a different way to describe what he thought about the Ryder Cup and what he learned while taking part in it.

A PGA Tour rookie when he won the PGA Championship in 2011, Bradley qualified for his first Ryder Cup team in 2012 and went 3-1 at Medinah, winning three team matches with Phil Mickelson. He also played in the 2014 Ryder Cup at Gleneagles.

“The perception and the narrative is that the Americans don’t care as much as the Europeans, and that is so far from the truth,” Bradley said. “And it’s so far from the truth in that locker room. It’s so important to everybody and months beforehand it’s a big deal. Guys are involved. That is what struck me the most, how important it is to everyone on the team.”

And there is no simulating the intensity.

“Nerve-racking is not the right word; it’s not a scared nervous,” said Stewart Cink, who played in five Ryder Cups for the United States from 2002 to 2010. “So it brings out a new type of focus. It’s really fun. It’s what competitors dream about. That’s why I think you see such amazing shots at the Ryder Cup. There’s such focus, such intensity — such next level. That part of the Ryder Cup I loved.”

McIlroy came to love it — and quickly. He saw right away what a big deal it was at Celtic Manor, where his teammates greeted him with big wigs to mock his hair. It was done in fun, and McIlroy enjoyed the ribbing while feeling a sense of belonging.

Now he’s considered one of the team leaders.

“It technically still is an exhibition,” he said of one of the words he used that got him in trouble. “It’s just a very serious one. I think my thing was I was very much downplaying it. Golf is an individual sport. I’ve always said I’m most proud of my individual achievements in the game.

“But the most fun and most enjoyment I’ve had has easily been the Ryder Cups. Being part of a team is something we don’t get to experience very often.”