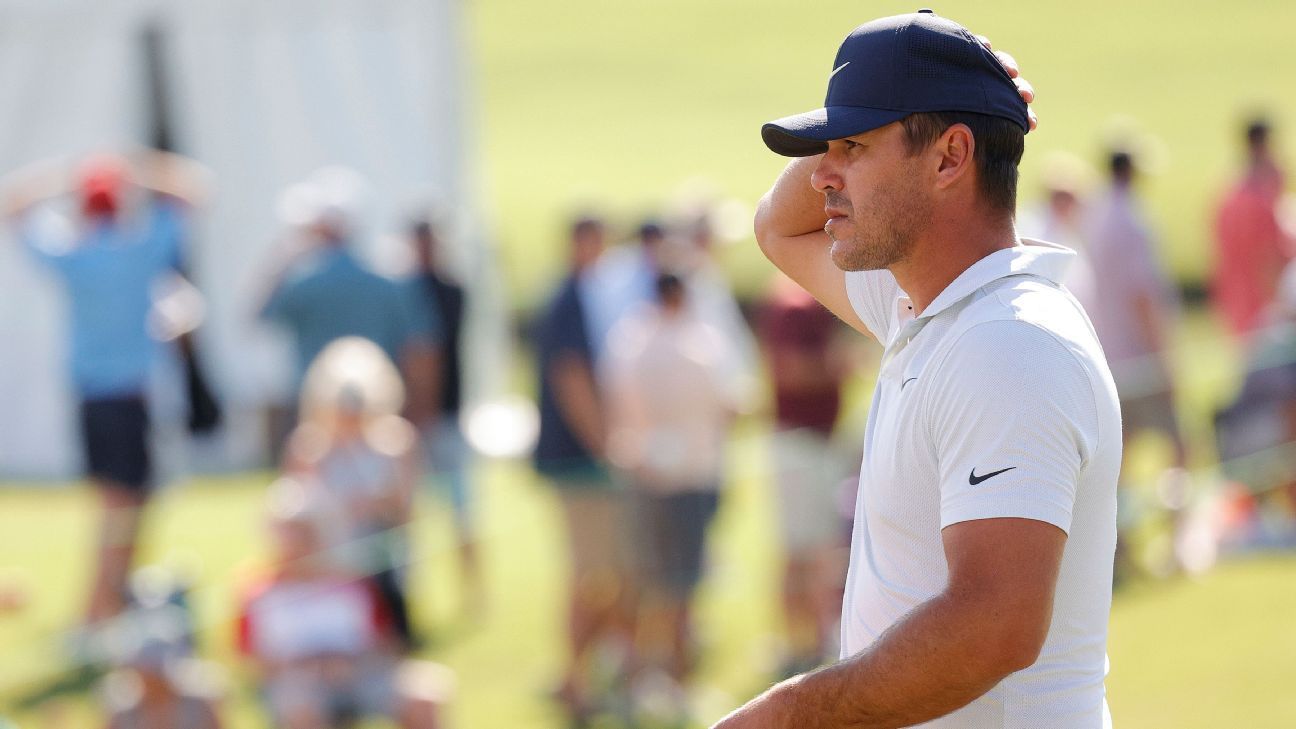 SHEBOYGAN, Wis. — If Brooks Koepka is indifferent about the Ryder Cup, as some of his recent comments might suggest, it is not something that Steve Stricker has seen in his dealings with the golfer.

Stricker, the U.S. Ryder Cup captain, said Monday during an introductory news conference at Whistling Straits that he spoke with Koepka after he was quoted in a Golf Digest story that gained considerable traction.

“I’ve talked to him about it,” Stricker said during a news conference that was conducted along with European Ryder Cup captain Padraig Harrington. “I’ve had experiences with Brooks over many, many of these teams, and the conversations that I have had with him and what I have personally seen in the team room does not jibe up to what I was reading in those articles.

Koepka, 31, withdrew during the third round of the Tour Championship on Sept. 4 with a left wrist injury suffered when he struck a tree root in the rough while taking a full swing.

The pain and swelling were enough for Koepka to lose some feeling in his arm, and he didn’t want to risk further injury. He missed a team practice session at Whistling Straits a week ago.

In the Golf Digest story, Koepka lamented the schedule of a Ryder Cup week. Players arrived on Monday and will practice each of the next three days leading up to Friday’s start. A four-time major winner, Koepka said it’s a difficult adjustment to go to a different routine, among other things.

“I don’t want to say it’s a bad week,” he said. “We’re just so individualized, and everybody has their routine and a different way of doing things and now it’s like, OK, we have to have a meeting at this time or go do this or go do that. I can barely see my (personal) team. It’s hard to even go to the gym. There’s no time to do that at the Ryder Cup. There’s no time to decompress.”

As for the ongoing feud between Koepka and Bryson DeChambeau, Stricker said it’s a “non-issue for me and the team. We got together a few weeks ago, the six of us (who had qualified on points) and I’ve had conversations with them both. They have assured me it’s not going to be an issue. I have no worries whatsoever.

“Will we pair them together? I don’t think so at this point but things could change. Could always happen. But probably not. But again, I had a dinner; they all showed up. We had great conversation, great talks. So I’m not seeing it as an issue at all and they are completely on board.”

Based on the interview sessions, you may or may not be able to draw some conclusions about pairings.

On Wednesday, Xander Schauffele, Patrick Cantlay, Dustin Johnson and Collin Morikawa are part of the interview schedule. Schauffele and Cantlay are expected to be a paring, so Johnson and Morikawa could be another.

And on Thursday, Koepka, Tony Finau, Daniel Berger and Harris English are part of the interview schedule. Koepka and Finau were a team at the last Ryder Cup in Paris. Could Berger and English be a pairing?

Stricker said he has a “good, solid game plan,” but practice and other factors could change it.

One thing Stricker does not expect is a visit from Tiger Woods. The 15-time major champion, who has been out all year following a serious automobile accident in February, was thought to be in line to be one of Stricker’s vice captains.

“He’s been obviously in my ear a lot and I call him pretty regularly,” Stricker said. “He’s part of our Ryder Cup team. He’s part of what we do. He’s been part of so many of these teams. So to bounce ideas off of him, all of us, players alike, I know some of the players went over to see him.

“But I think it’s just not a good time for him to be here physically because of where he’s at in his rehabilitation and tough course to walk, right. Everybody is going to see it, from tee-to-green, it’s difficult. So probably won’t show up. But he’s getting better and his focus and mine is on making a comeback to play again. We don’t want to get in the way of that because we would all love to see him come back and play.”