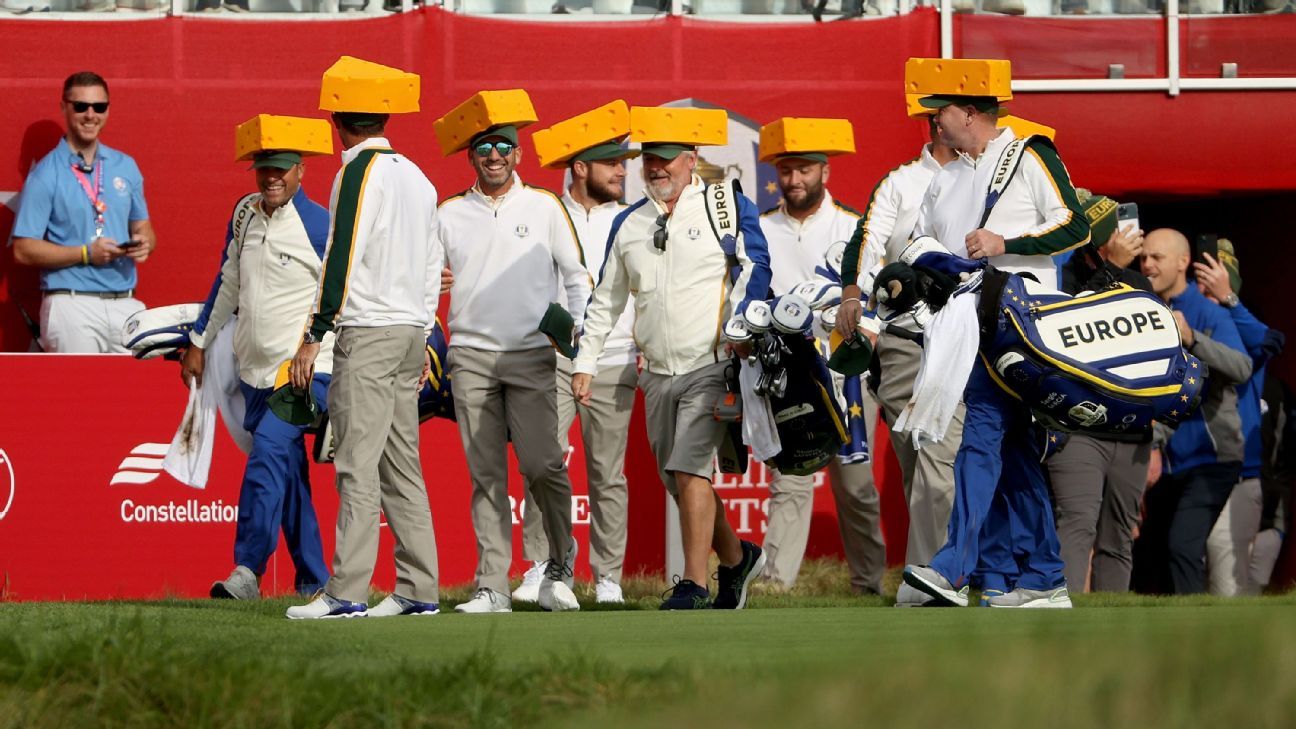 SHEBOYGAN, Wis. — There probably won’t be many European fans at this week’s Ryder Cup because of COVID-19 travel restrictions.

That didn’t stop the European team from trying to win over fans during practice rounds on Wednesday. The Europeans showed up at the first tee at Whistling Straits wearing Cheeseheads and shirts and pullovers trimmed in green and yellow, the team colors of the Green Bay Packers.

Players and captains then tossed the Cheeseheads into the grandstands.

“It’s a nod to Wisconsin and obviously to Green Bay, and obviously the Cheeseheads and throwing the things up there is a bit of fun for the fans that are here,” European captain Padraig Harrington said. “The Wisconsin fans are very appreciative, so we want to show our appreciation back.”

Harrington said the Packers supplied the Cheeseheads for the European players. Harrington admitted, somewhat reluctantly, that he is a fan of the New England Patriots, but will be rooting for the Packers as well in the future.

“It worked very well on all sides,” he said. “And now I’m a fan for life. … I changed allegiance somewhat.”