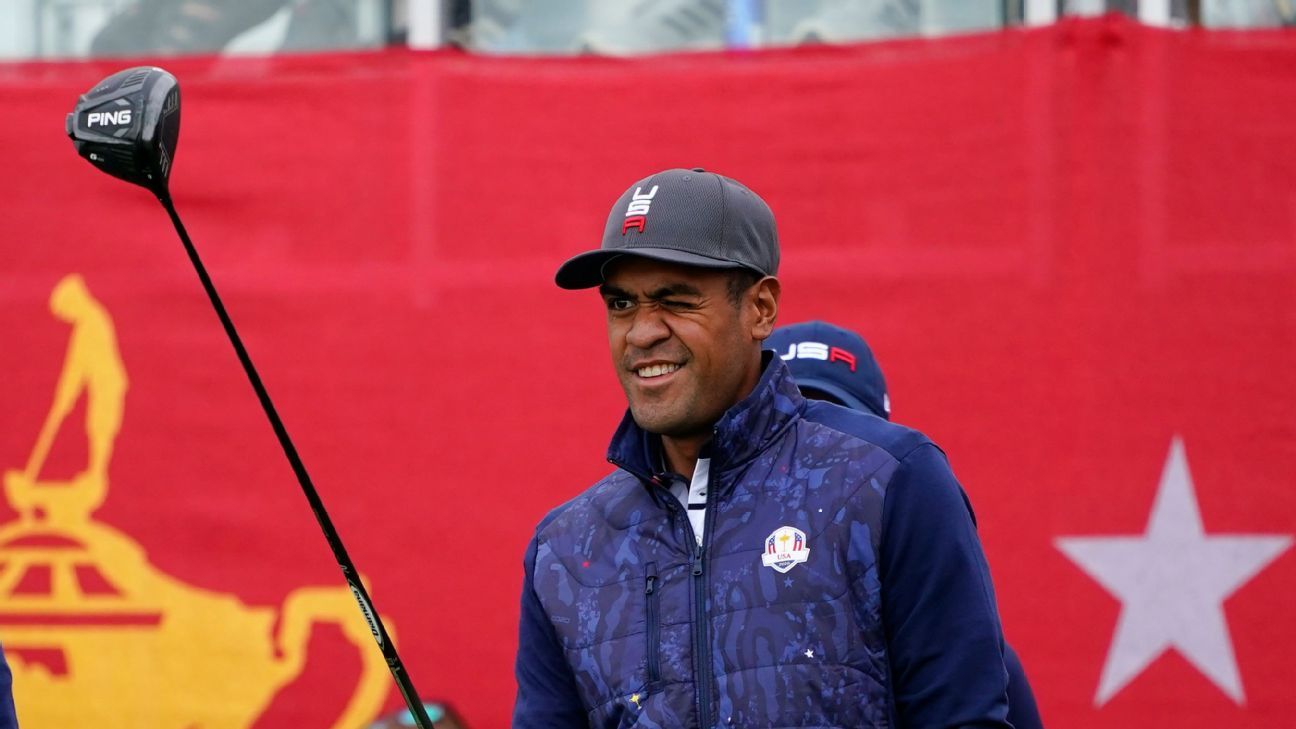 On paper, at least, the Americans are once again stacked, and they’re playing at home in front of a decidedly pro-U.S. crowd. That’s why the Americans are 2-to-1 betting favorites, according to Caesars Sportsbook, to defeat the Europeans at the 43rd Ryder Cup at Whistling Straits this weekend.

History shows, of course, that none of that has mattered in this event. Europe has won four of five and nine of the past 12 Ryder Cups, often when the American team was considered more talented and accomplished.

What will be different this time?

“We have a whole new team,” Tony Finau said. “We have a team with no scar tissue. There’s only a handful of us that [have] even played in a Ryder Cup, and [of] the few of those, we have winning records. So we actually don’t have guys on our team that have lost a lot in Ryder Cups. … We’ve got a whole different group of young guys that are hungry.”

There has been a changing of the guard on the American team. Phil Mickelson, who played in 12 straight Ryder Cups, is here but serving as a non-playing assistant captain. Tiger Woods is in Florida recovering from injuries he suffered in a car accident in February. Of the 12 players on the U.S. team, six are Ryder Cup rookies, the most since the Americans won at Valhalla in 2008.

“You guys see six rookies,” Finau said. “Man, in this team room, I don’t see any rookies. I see 12 guys that are confident, and none of us are wide-eyed. We want to win. At the end of the day, that’s what I see. When I’m in the locker room, I see guys beaming with confidence and really hungry to win. That’s refreshing. And I’m not saying that I didn’t see that in Paris [in a loss in 2018], but there’s a certain feeling. I think the culture of American golf is changing. This is the youngest team we have ever had by a long shot.”

When the Europeans came from behind at Oak Hill to win the Ryder Cup for only the second time on American soil in 1995, two rookies on the current U.S. team, Collin Morikawa and Scottie Scheffler, hadn’t even been born yet, and the other four rookies on the American team were still toddlers. That year started the Europeans’ stretch of dominance.

“I think it’s definitely become younger,” said Daniel Berger, one of the rookies. “You look at all the faces on Team America, and they are just very young guys. … The notion that rookies can’t come out here because they don’t have the experience can kind of be thrown out the window. All of these guys are competing at the biggest events, the major championships and winning big golf tournaments. That’s what it comes down to is being able to perform at the height level.”

Dustin Johnson is America’s oldest player at 37; the Europeans have four players in their 40s, including Lee Westwood, who is the oldest at 48.

“I’ve been on the past [teams], I feel like we’ve had tons of experience and it hasn’t worked out so well, so maybe this is kind of an obviously different generation of golfers coming up, and we’ve got some really talented players, young guys that maybe don’t have all the memories of losing all these Ryder Cups,” Johnson said. “Maybe this is the recipe.”

Clearly, the Europeans have a decided edge in experience. Sergio Garcia, 41, is Europe’s all-time leading scorer with 25.5 points — as many as the current U.S. team combined. Westwood is playing in his 11th Ryder Cup, which ties him with Nick Faldo for most in Europe’s history.

“There are good young players around the world,” Westwood said. “It just so happens, at this moment in time, the United States have got a few good young players playing for their team. That’s a balancing act, I suppose. Because the Ryder Cup is so different, do you think that experience counts for a lot this week, or do you think because there’s a lot of golf, youth is going to count for a lot this week?

“I think it’s got to be a balance of both. I think in an ideal world, you’d like to filter your young players in gradually a few at a time, not necessarily bang all at once in a team as rookies. When I look at the United States’ team, I think they’ve got a lot of strong players. It is almost like a changing of the guard for them.”

Will it result in a change of fortunes for the Americans?

“They have outplayed us in quite a few Ryder Cups and that’s the mold we want to change going forward and that’s why I say that’s a big one,” Finau said. “There’s that extra motivation, I think, or extra drive to change the culture of American golf and we have that opportunity this week.”

Sounds like Cam Smith got down to business (literally) during the offseason getting his LIV team set for Year 2
INCREDIBLE tee shot from Juan Postigo! 👏
FIRST TEE NERVES – How to control them
Kitayama leads at Pebble, where big winds await
How To Break 90 In Golf – The Truths