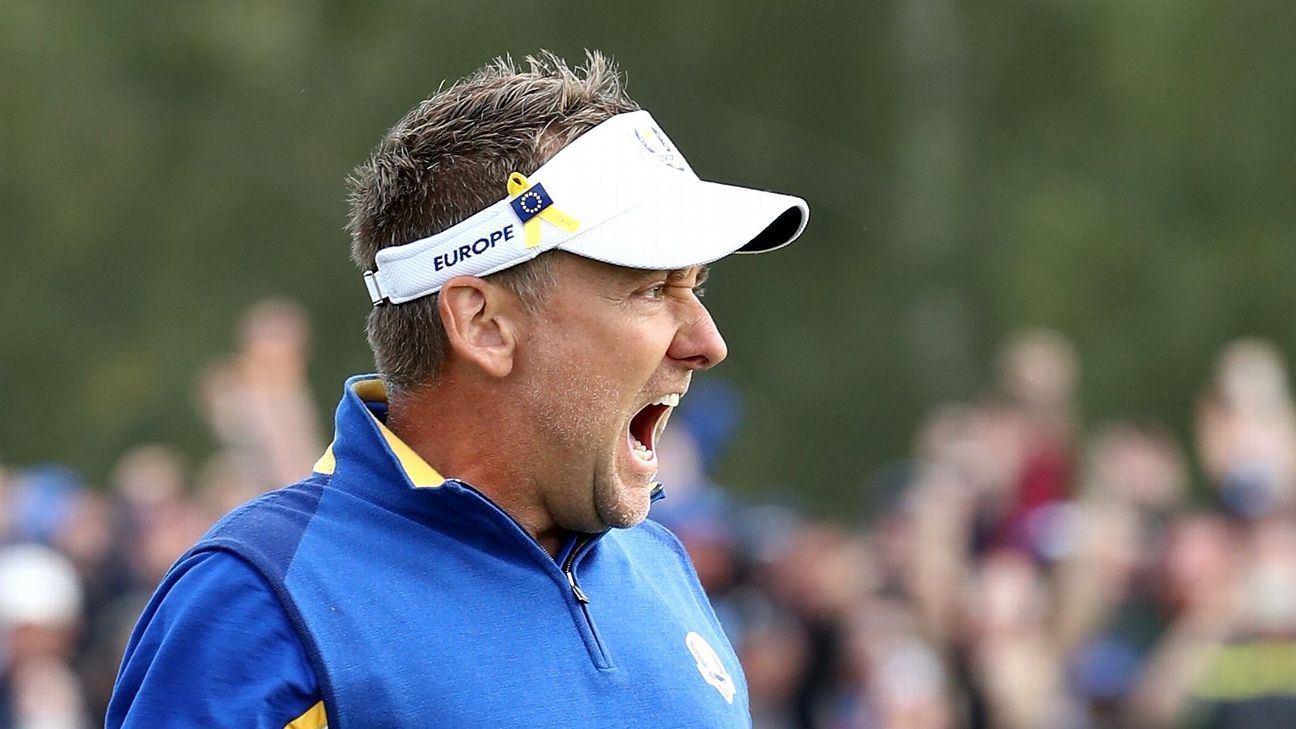 SHEBOYGAN, Wis. — Europe has won four of five and nine of the past 12 Ryder Cups, but the Americans, with eight of the top 10 players in the world on their roster, are 2-1 favorites to win at Whistling Straits this week, according to Caesars Sportsbook.

England’s Ian Poulter, a big reason for Europe’s success over the past decade, wouldn’t have it any other way.

“I guess [winning on American soil] is a lot more difficult, and it doesn’t happen that often, even though we’ve had the upper hand,” Poulter said. “I guess it’s just more enjoyable. Course setup is obviously this week heavily weighted [to] the U.S., as opposed to how we set things up back in Europe, so I guess everything is stacked against us.

“When you have that, when you can go in as underdogs, when you can turn the tide and actually come out victorious, it means a little bit more.”

Poulter, 45, has been one of the most successful players in the Ryder Cup over the past decade, with 15 points in 22 matches. He has a career record of 14-6-2 and has never lost a single match. His ability to earn points has earned him the moniker “The Postman” from European fans because, well, he always delivers.

“I hate losing,” Poulter said. “When you play match play, you know what you have to do when you tee up on the first hole. You can control a match. You can dictate a match. You can play certain shots to try and put your opponent under pressure.

“You can’t do that in stroke play really unless it comes down to the back nine and you’re actually clear of the rest of the field. It’s just a fun game of chess, to be honest, to enjoy what that means, that you’re under pressure right from the get-go. It just doesn’t happen in stroke play. It’s kind of like you plod your way into the tournament, but it’s back nine Sunday mentality every single time you tee it up.”

This will be Poulter’s seventh appearance at the Ryder Cup — and the fifth time he was selected with a captain’s pick. His choice was criticized by some golf fans in England, who thought 2013 U.S. Open champion Justin Rose was more worthy.

But it’s hard to argue with captain Padraig Harrington’s decision. Poulter has been on the winning side five times in his previous six Ryder Cup appearances — and has needled plenty of American players and fans with confidence and emotion along the way.

“I’m sure I’ve annoyed plenty,” Poulter said. “I mean, my percentage has been really nice, for me, and not for the guys I’ve played against, so I’m sure that’s been pretty frustrating to be on the receiving end of that.”

This might be the last time Poulter plays in a Ryder Cup, at least on American soil. If he doesn’t make the Ryder Cup as a player in Rome in 2023, he could serve as an assistant captain and then lead the European team at Bethpage in 2025.

Either way, Poulter is going to enjoy trying to take down the Americans one more time on their home soil.

“It feels nice,” Poulter said. “I enjoy holing putts and winning matches. It’s been a great ride. I’m never going to apologize for it. It’s how match play should be played.”