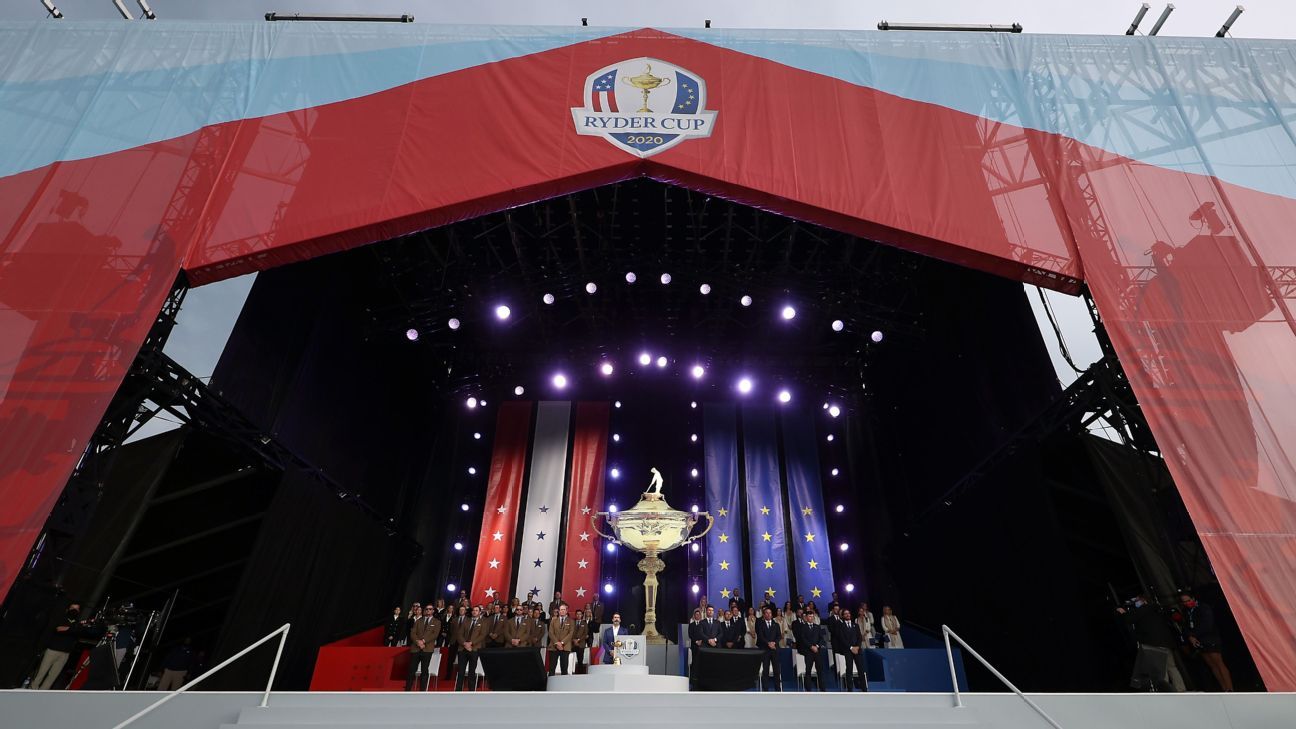 SHEBOYGAN, Wis. — The United States duo of Justin Thomas and Jordan Spieth will get the Ryder Cup started early Friday morning at Whistling Straits, taking on the European team of Jon Rahm and Sergio Garcia, both from Spain.

The format for the first session is foursomes, also known as alternate shot. Thomas and Spieth teamed to go 3-1 at the 2018 Ryder Cup in France. Garcia is the all-time points leader in Ryder Cup history and Rahm is the No. 1-ranked player in the world. They begin at 8:05 a.m. ET.

The next match pits Americans Dustin Johnson and Collin Morikawa against Paul Casey of England and Viktor Hovland of Norway at 8:21 a.m. ET. Johnson is playing in his fifth Ryder Cup, the most of any American player. He is 7-9 overall. Morikawa is a Ryder Cup rookie who has won two major championships. Casey is playing in his fifth Ryder Cup while Hovland is making his first appearance.

Americans Brooks Koepka and Daniel Berger will take on Lee Westwood and Matt Fitzpatrick, both from England. The match begins at 8:53 a.m. ET. Koepka, recovering from a left wrist injury, is playing in his third Ryder Cup while Berger makes his first appearance. Both payed college golf at Florida State. Westwood is playing in the Ryder Cup for a European record-tying 11th time. This is Fitzpatrick’s second appearance.

Americans Xander Schauffele and Patrick Cantlay will play against Rory McIlroy and Ian Poulter. The match begins at 8:53 a.m. ET. Both Schauffele and Cantlay are making their Ryder Cup debuts, but they went 2-2 as a team at the 2019 Presidents Cup in Melbourne. They were 2-0 in foursomes. McIlroy is making his sixth appearance and Poulter his seventh.

Sitting out the first session for the Americans will be Bryson DeChambeau, Harris English, Scottie Scheffler and Tony Finau. Sitting out for Europe will be Tommy Fleetwood, Tyrrell Hatton, Shane Lowry and Bernd Wiesberger.

Four four-ball matches will take place in the afternoon, with the same format used for Saturday. There will be 12 singles matches on Sunday with a total of 28 points.

Europe has won four of the last five Ryder Cups, as well as five of the last seven. It needs 14 points to retain the Cup while the Americans need 14 ½ to win it.