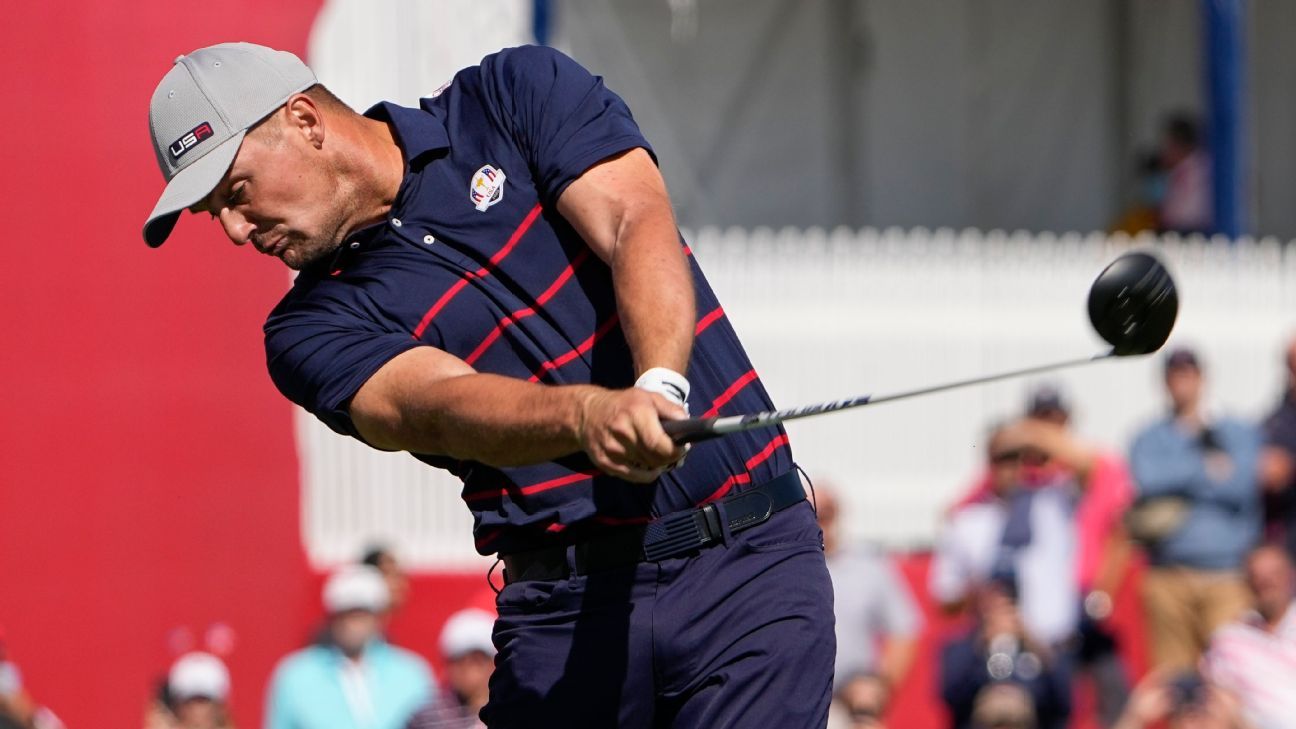 SHEBOYGAN, Wis. — Bryson DeChambeau‘s remarkable length off the tee is already providing an advantage for the United States at the 43rd Ryder Cup.

DeChambeau, who led the PGA Tour in driving distance last season, took a very aggressive line on the 581-yard, par-5 fifth hole in Friday afternoon’s four-ball match. He lined up to hit his tee shot directly over fans standing to the right of the tee box, while his partner, Scottie Scheffler, and European opponents, Tyrrell Hatton and Jon Rahm, hit their drives on a more traditional line to the left.

Follow all the action on Day 1 at the Ryder Cup

DeChambeau’s drive ended up being 417 yards, leaving him 72 to the hole. Scheffler had 274 left in. Rahm hit his tee ball 336 yards and still had 253 left for his second shot.

DeChambeau chipped to 4 feet and made an eagle putt to tie the match after five holes.

DeChambeau’s opening 330-yard tee shot of the match bounced off a woman’s shin and landed in thick rough in the native area. He somehow got up and down for a birdie to tie the hole.

Highlights | Round 2 | TOUR Championship 2020
LIV’s plea to subpoena Augusta members denied
Patrick Reed involved in another rules question after ball gets stuck in tree
You will Never Hit Driver Straight OR Long unless you Stop Doing This!
We’re not quite sure how Scott Hend pulled off this spectacular sand shot