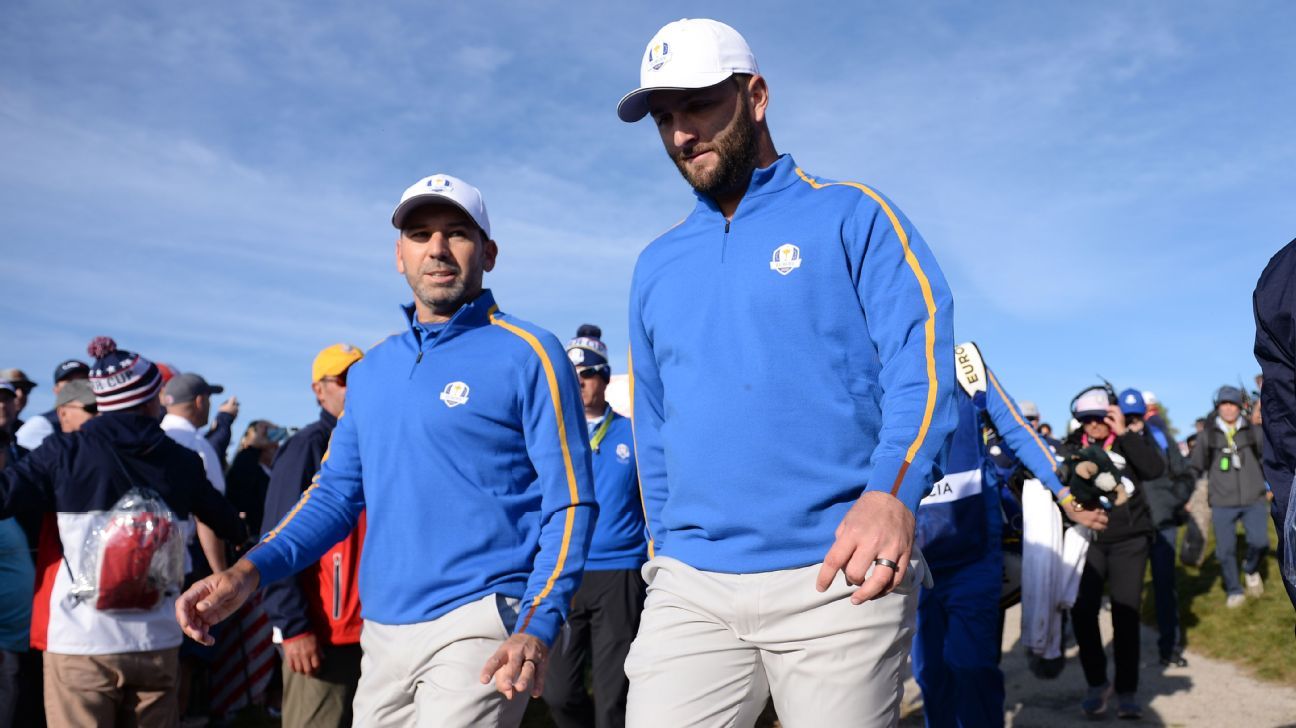 SHEBOYGAN, Wis. — The European team arrives at Day 2 of the Ryder Cup with some serious work to do. After a dreadful opening day — Europe won just one match and fell four points behind — it is hoping a new day at Whistling Straits will bring new results.

While American captain Steve Stricker went with the exact lineup he used in Friday’s morning foursomes session, Europe captain Padraig Harrington changed things up a bit in his pairings. One noticeable difference is the absence of Rory McIlroy, who will be sitting out a session for the first time in his Ryder Cup career.

Here is what is coming on a pivotal Day 2:

Breakdown: Berger and Koepka, former Florida State teammates, were fantastic in taking down Englishmen Lee Westwood and Matt Fitzpatrick in foursomes on Friday morning. They’ll have to be even better against the Spanish duo, who defeated Justin Thomas and Jordan Spieth for Europe’s only victory on Day 1. Berger and Koepka complement each other well. Garcia and Rahm will be trying to turn momentum to Europe’s side in a hurry.

Breakdown: Morikawa, 24, has already won two major championships, the same number as Johnson, who is 37. Morikawa is one of the best ball strikers in the world, while Johnson, a former World No. 1, seems to be finding his form at the right time. Morikawa is a streaky putter, but DJ’s putter was red-hot on Friday. Casey lost two matches on the opening day. Hatton, though, made a critical birdie putt on the 18th hole to salvage a half-point for the Europeans.

Breakdown: Spieth was the only U.S. player who didn’t earn at least a half-point on Friday; he and Thomas lost to Rahm and Garcia in the morning foursomes. Thomas salvaged a half-point with Patrick Cantlay in the afternoon four-balls. Both will be highly motivated to play better. Hovland and Wiesberger are European rookies. Hovland was as good as advertised in his debut. Wiesberger, the first Austrian to compete in the Ryder Cup, is the lowest-ranked player on either team, but he held his own and played pretty well on Friday.

Breakdown: On paper, at least, this looks like the most lopsided match in the Americans’ favor. Cantlay won four times last season and was the PGA Tour Player of the Year. Schauffele is a two-time runner-up in majors championships and won a gold medal at the Tokyo Olympics. On Friday, Schauffele became the first U.S. rookie to go 2-0 on the first day since Keegan Bradley in 2012. Westwood and Fitzpatrick struggled to keep up with the firepower of Koepka and Berger on Friday morning — and this U.S. duo might be even better.