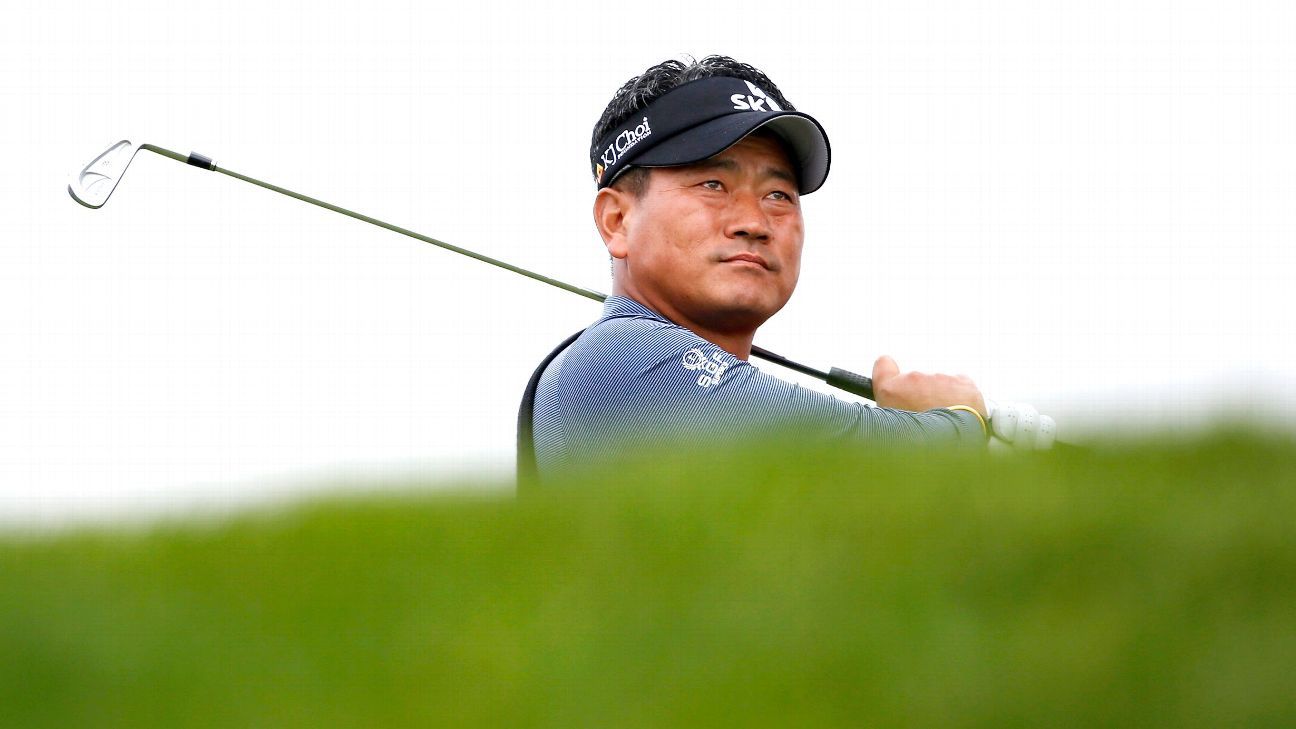 PEBBLE BEACH, Calif. — K.J. Choi shot a 4-under 68 on Saturday for a two-stroke lead over Alex Cejka and Bernhard Langer after two rounds of the PGA Tour Champions PURE Insurance Championship.

Choi followed an opening 67 with a bogey-free round that included three birdies on the front nine and one on the back at Pebble Beach.

“Today starting so very good, it’s No. 2 and 3 birdieing back to back,” the 51-year-old South Korean golfer said. “And on the back nine, it’s a little difficult, as the wind blowing.”

Choi credited his improved putting, saying he was perfect in both rounds from inside of 5 feet.

Cejka, the first-round leader after a 67, played the front nine at Spyglass Hill in 3 under and then struggled on the back nine with three bogeys and a birdie for a round of 1 under.

“I played really, really solid,” the 50-year-old Cejka said. “I had a lot of chances. I couldn’t make the putts today. The greens are a little bit tricky on Spy compared to Pebble. … Bogey, bogey finish is a little bit disappointing. But I’m up there again, so there is a chance.”

Langer followed a first-round 71 with a second round of 6-under 66, charging up the leaderboard with four birdies on the back nine at Pebble Beach.

“I played really good today, really one of my best rounds on this golf course in 40 years or something, 30 years, I don’t know,” said Langer, the 2017 event winner. “Hit some great tee shots and some solid irons, and made the odd putt.”