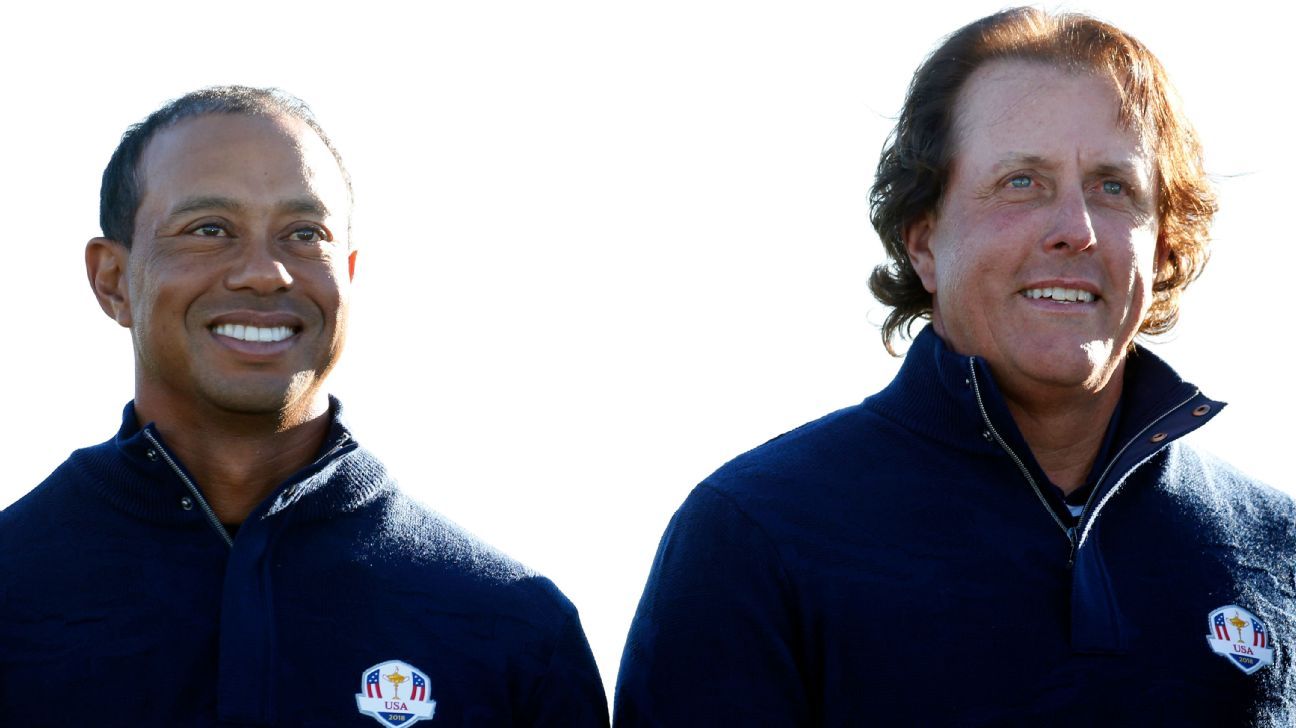 SHEBOYGAN, Wis. — Delayed a year due to the pandemic, the much-awaited Ryder Cup delivered, even if the final-day drama was missing. Plenty of passion and pageantry, a slew of impressive shots and putts, the usual nitpicky irritation between both sides and — in the end — a joyous winning team and a losing side vowing to do better the next time.

The United States defeated Europe 19-9 in the most lopsided result since continental Europe became part of the competition in 1979. The Americans won four of the five sessions and tied the other, never allowing Europe to get any momentum and seemingly taking out years and years of Ryder Cup frustration in the process.

A few American stars emerged. Europe’s Jon Rahm lived up his No. 1 ranking in the world. There was plenty to take away from this competition as the runup to the next Ryder Cup, slated for Rome in 2023, begins.

Youth was served at Whistling Straits. The Americans delivered. The six rookies went 14-4-3, the most by any collection of first-timers in a single Ryder Cup since the 1979 American team. So much for experience.

Collin Morikawa, Patrick Cantlay and Xander Schauffele have staying power among the first-timers. Scottie Scheffler — who became the first player in the modern era to win a Ryder Cup before winning a PGA Tour event — proved more than capable, especially as a partner for Bryson DeChambeau. Throw in Justin Thomas and Jordan Spieth, and that is a powerhouse bunch of young players.

And that doesn’t include Brooks Koepka or Daniel Berger. And what about Dustin Johnson, who led the way with a 5-0 record? At 37, he is not going anywhere. Tony Finau has been very good in two Ryder Cups and a Presidents Cup. What if Rickie Fowler regains form? Patrick Reed? It’s going to be a tough team to make. Future captains will have enormous firepower.

But … you always have to be careful with the Ryder Cup. This time, the lineup on paper that was favored prevailed in a big way. That rarely happens. Players fall out of form. The venue matters. And Europe, despite the likely loss of some veteran players, will regroup.

The home-course advantage is real

Whistling Straits, you were amazing. pic.twitter.com/38JP0qbzYx

“I said at the start of the week, it seems the way the Ryder Cup is going, the home team certainly has an advantage every time that we play this thing,” said Rory McIlroy. “That was apparent in Paris a couple years ago. I think it was pretty apparent this week, as well. You go back to Hazeltine, same sort of thing. This is the pattern that we are on.”

It is fair to wonder if this has gone too far. There is an inherent advantage already for the Europeans when they play a home match. In almost all instances, the venue stages as European Tour event, as will be the case in Rome in two years. The Americans were in a great position at Whistling Straits early this year. Those seem like advantages.

But you can bet that without any kind of change, Marco Simone Golf & Country Club will have narrow fairways and deep rough for the 2023 Ryder Cup.

Garcia and Johnson were named the inaugural winners of the Nicklaus-Jacklin Award presented by Aon, which is meant to recognize showing sportsmanship in the manner of Jack Nicklaus and Tony Jacklin and the 1969 “concession.” At times throughout this career, that might have seemed unlikely for Garcia. But he has become an older statesman for the European side and showed plenty of game, despite a singles loss to DeChambeau. At 41, he has now played in 10 Ryder Cups, holds the record for most points earned and most matches won. And he’s not planning on going away.

On Thursday evening — following the opening ceremony — Johnson changed out of his sports coat and tie and headed to the practice range to work on his game. That seemed an ominous sign, with three days of practice already behind and the intensity of the Ryder cup to begin in roughly 14 hours.

Either Johnson found something or he simply was refining what was working, because he had a historic week.

Johnson became the first American to go 5-0 at a Ryder Cup since Larry Nelson in 1979. He was just the fifth person to do so. He was 7-9 in the Ryder Cup before this week. For the week, he never trailed by more than one hole in any of his matches. He made eight birdies on Sunday in his match with Paul Casey.

It is quite possible we’ve seen the last of Lee Westwood and Ian Poulter in the Ryder Cup. Both won their Sunday singles, so if it is the end, they went out with one last great memory. Both have provided their share over the years.

But in 2023, Westwood will be 50, Poulter 47. Both did not rule out making the team, but know how difficult the task will be. Westwood came to tears afterward talking about playing with his son, Sam, as his caddie. It was his 47th Ryder Cup match, tying the record held by Phil Mickelson. Poulter said the situation makes “you wish you were 20 years old again.”

“I’ve only lost one other one, and it’s dismal,” Poulter said of being on only two losing teams. “Watching the guys out on 18 enjoying themselves is something that you come into this week with visions of that happening for you as a team.

“We’ve got a great team this week, and we were outplayed. Every session was difficult. They did their job, and they made it painful for us. This one’s going to hurt for a bit. But you know what, it’s things like that that make you stronger going forward.”

Well, at least they were for a few hours. We will see how that whole scenario plays out after months of bickering, some of it silly. They put their differences aside at the Ryder Cup. Stricker claims they wanted to play together. They hugged. Posed for photos.

And if they do, indeed, end up in some made-for-TV match, feel free to be skeptical over these last months of tension.

Nobody was willing to go there at this point, but both teams will have new captains within months, almost certainly after the beginning of the new year. Stricker made it clear he would be moving aside, because a plan is in place for the next American captain.

And you can read between the lines. All signs pointed to Zach Johnson being the 2022 U.S. Presidents Cup captain in Charlotte. But a major curveball was thrown when the PGA Tour announced Davis Love III as the captain instead. He’s already captained two U.S. Ryder Cup teams. He was an assistant in Paris and at Whistling Straits. It seems an odd choice, and it likely meant some other plans fell through.

It is possible that both Tiger Woods and Phil Mickelson have passed on the 2023 Ryder Cup. Mickelson wasn’t going to take the Presidents Cup job next year, and Johnson can’t take it if he’s going to be the 2023 Ryder Cup captain. So Johnson, a two-time major winner who has assisted on numerous teams, seems likely to lead the Americans to Rome and try to break a 30-year road winless streak.

For Europe, Westwood is the likely choice … unless he decides he wants to try to play, in which case he has a big decision to make — and soon. Poulter seems destined for Bethpage in 2025 — where Woods or Mickelson could go against him. Other possibilities for Europe would be Luke Donald, Henrik Stenson and Graeme McDowell. But it gets complicated if Westwood declines in the short term.

Explanar Golf Lesson: Hit Longer Drives. Case study on how to add 30 yards in 30 minutes
Fitter Mickelson expecting a ‘really good year’
The Pebble Beach Pro-Am continues to struggle with weak fields. So where does the tournament go from here?
Caddie collapses, given CPR at Pebble Beach
Rory McIlroy has been on just as much of a heater as Jon Rahm, according to this crazy stat