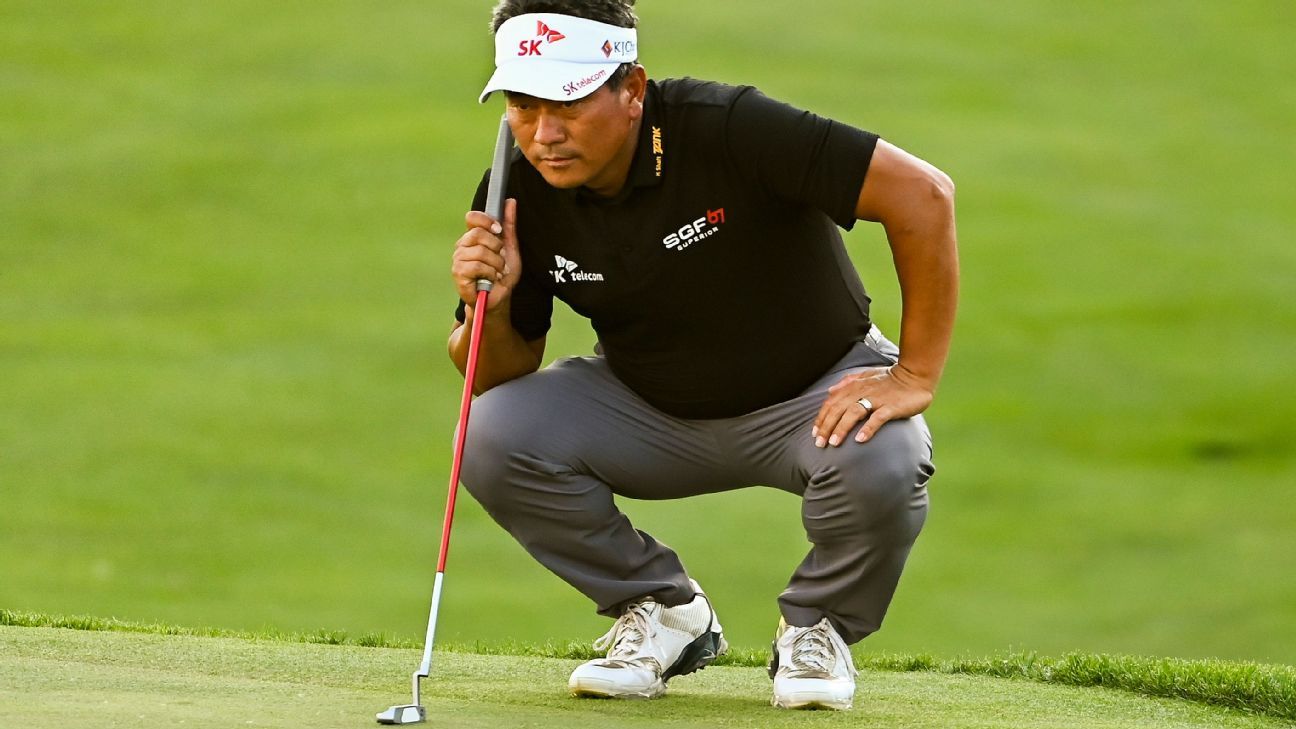 PEBBLE BEACH, Calif. — K.J. Choi shot a closing 4-under 68 on Sunday for a two-shot victory over Bernhard Langer and Alex Cejka at the PURE Insurance Championship at Pebble Beach for his first PGA Tour Champions win.

Choi, 51, reeled off four consecutive birdies on Nos. 5-8 and played the front nine in 5 under. The South Korean had eight pars and a bogey on the back nine for a 13-under 203 total in his first victory since 2011, at The Players Championship.

“So very special … my dream is winning,” Choi said.

The 64-year-old Langer, who has 41 PGA Tour Champions wins, had an uneven final round of 4-under 68 that included seven birdies, a bogey and a double-bogey.

The 50-year-old Cejka, who has two victories on the over-50 tour, started quickly, opening with three straight birdies and four in the first five holes. He went on to bogey Nos. 6 and 8 and played the back nine in 2 under for a 68.

Choi, an eight-time winner on the PGA Tour, had a previous best finish on the senior circuit of a tie for second at the 2020 Sanford International, where he lost in a three-man playoff.

Ending the long winless run made this victory more special for Choi.

“The first win is exciting,” he said. “It’s not easy still.”

With his second-place finish, Langer, the event’s 2017 champion, moved past Jim Furyk and Jerry Kelly into first place atop the Charles Schwab Cup standings as the season winds down.

“It’s fun,” said Langer, who last won at the Cologuard Classic in March 2020. “It’s fun to be in contention for the Schwab Cup once more. That’s what really everybody wants to be at here, I think. And especially since we didn’t have one last year. If we had, I would have won that one, maybe. But we didn’t.

“So it’s a very tight race, considering we’re having a two-year season, and there’s like eight guys in the running, or seven, or whatever. That’s pretty unusual. So it will be interesting the next few weeks and see who’s going to end up on top.”

Scott Dunlap finished fourth at 10 under after a final round of 6-under 66. Steven Alker (67) and Paul Stankowski (68) tied for fifth, another stroke back.

Old v New TaylorMade
Me vs a 23 handicapper… with a twist!
I’ve DISCOVERED the EASIEST DRIVER SWING FOR SENIOR GOLFERS
Golf Lesson Part 1
Ancer leads in Saudi as DJ (back) withdraws