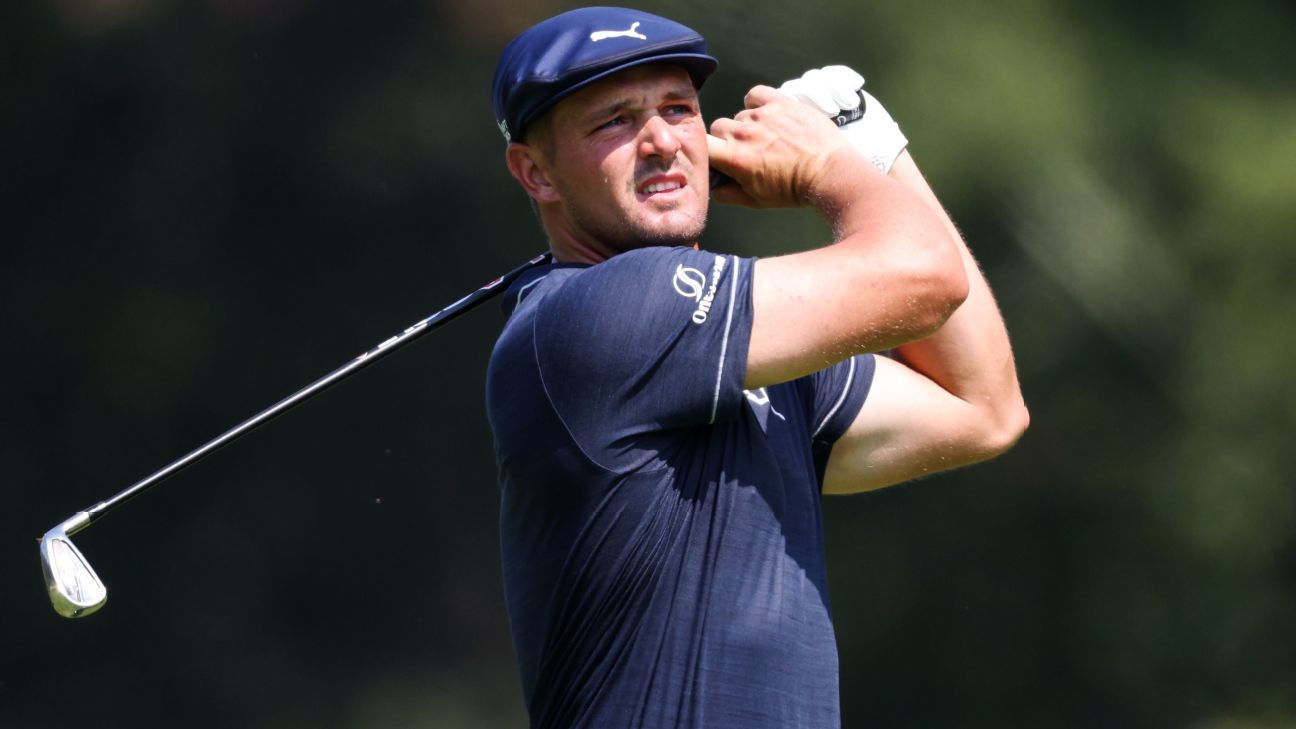 Bryson DeChambeau is on to the final round of the Professional Long Drivers Association World Championship after finishing tied for fourth in the third round of the tournament on Thursday in Mesquite, Nevada

The event began Tuesday, when the field was narrowed down to 64. It went down to 32 on Wednesday, and now the top-16 will compete for the title on Friday, with DeChambeau’s division starting at 6:45 p.m. ET.

DeChambeau finished in second place for his group on Tuesday and Wednesday and finished tied for fourth place on Thursday.

“The first couple days was me just excited to be out here competing,” DeChambeau said. “I was very nervous. The second day felt like, ‘OK, I’ve gotten a lot of these guys.’ But the third day, today, these guys are right there with me and it’s not easy. You’re going up against some of the best in the world. Right in the last set, you can clearly see that guys are 20 yards past me in this wind.”

DeChambeau’s long drive on Thursday was 359 yards, but he got all the way up to 412 yards on Tuesday with the help of a tailwind.

The golfers took part in five sets each day, hitting six balls against two or three other participants. Each set has a point value of 200 for first, 100 for second, 50 for third and 25 for fourth place, and the total points are tallied to find the winners in each group.

DeChambeau admitted the format has been a grind and that he isn’t used to this type of event, where he is actively trying to unleash his strength on every shot for four days.

“I’m getting tired, I can tell you that,” he said. “It’s an endurance battle. These guys have some higher speeds and more endurance than me. They’ve trained for this a lot longer. It’s definitely just an honor to get to the last round. I did not think I was going to get to the final round, but the conditions were right for me and worked out pretty well.”

Part of his strategy in the tournament and part of the success he is seeing in the tournament has been about his accuracy. The long drivers have to keep their ball in bounds, within a marked off grid, or the drive doesn’t count for distance.

DeChambeau has been one of the more accurate drivers this entire week, and despite losing some balls out of bounds due to fatigue Thursday, he said he’s going to rest up overnight and focus on keeping his ball in play to give him a chance at the title.

“It puts a lot of pressure on them when they miss a couple and then they’re like, ‘Well, I got to get one in,'” DeChambeau said. “It puts tremendous amount of stress on them, and that’s usually my strong suit. Hopefully I can lock it in a little bit better tomorrow and get a lot more into the grid, because that’s my specialty.”

DeChambeau has said one of his main goals for the competition, outside of winning, is to help bring visibility to the sport of long driving. At one point during the livestream on Thursday, the commentators noted that there were over 18,000 viewers and were ecstatic to see that number of people watching the event.

Now that he’s in the final 16, DeChambeau will have a real shot at winning, but he will have to take on the world No. 1 long driver, Kyle Berkshire, for the first time in the tournament. He has already felt the pressure of the other competitors and the format of having to hit six golf balls in the time limit of 2 minutes, 30 seconds for each set.

He has ridden the excitement of his first tournament all the way to the final round and said he’s going to keep riding that wave of adrenaline he feels every time he steps up to hit a long drive.

“I can’t wait to see where this goes, because on that tee box, there’s almost nothing like it,” DeChambeau said. “I’ll tell you the Ryder Cup was amazing, winning tournaments is unbelievable, but it’s a different type of adrenaline in that situation. Definitely trying to control the adrenaline where here you’re trying to unleash the adrenaline, which is pretty rare for me, but it’s great to get to try that.”