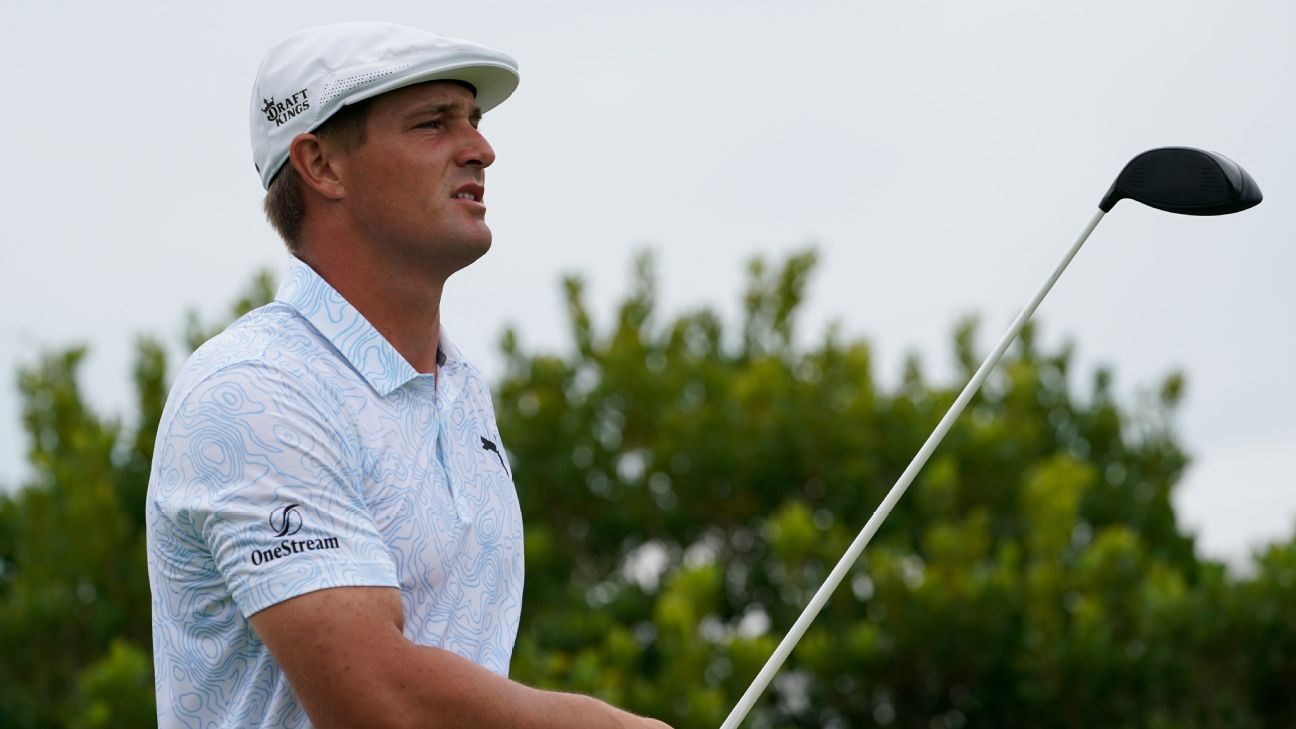 Bryson DeChambeau‘s first foray into the world of long driving has come to an end. DeChambeau made it to the final eight of the Professional Long Drivers Association World Championship but was eliminated in the next round Friday night in Mesquite, Nevada.

DeChambeau squeaked into the top eight, in the final spot, from the round robin of 16 golfers. He hit a 406-yard drive in his first set, which was good for second in his group to Martin Borgmeier’s 416-yard drive.

DeChambeau was able to win his fifth set with a 394-yard drive that put him into the eighth spot to make it to the next round.

Each golfer hit six balls against three other golfers in five different sets. First place is worth 200 points in the set, with second worth 100, 50 for third and 25 points for fourth. Once DeChambeau made it to the top eight, he was able to rifle a 391-yard drive, but that was good for only third in his set to Borgmeier’s 397-yard drive and Justin James’ 403-yard shot.

DeChambeau’s long drive for the whole tournament reached 412 yards in the first round, and he was able to reach the 400-yard mark nine times.

Despite not winning the competition, DeChambeau said one of his goals was to bring more awareness to the sport of long driving. The number of viewers on the Professional Long Drivers Association livestream rose each day, peaking at around 45,000 viewers on Friday. He said on Thursday that he never thought he would’ve made it to the top 32, let alone the top eight.

Though he didn’t win, DeChambeau said he came away with an experience he lauded as a whole new rush of adrenaline.