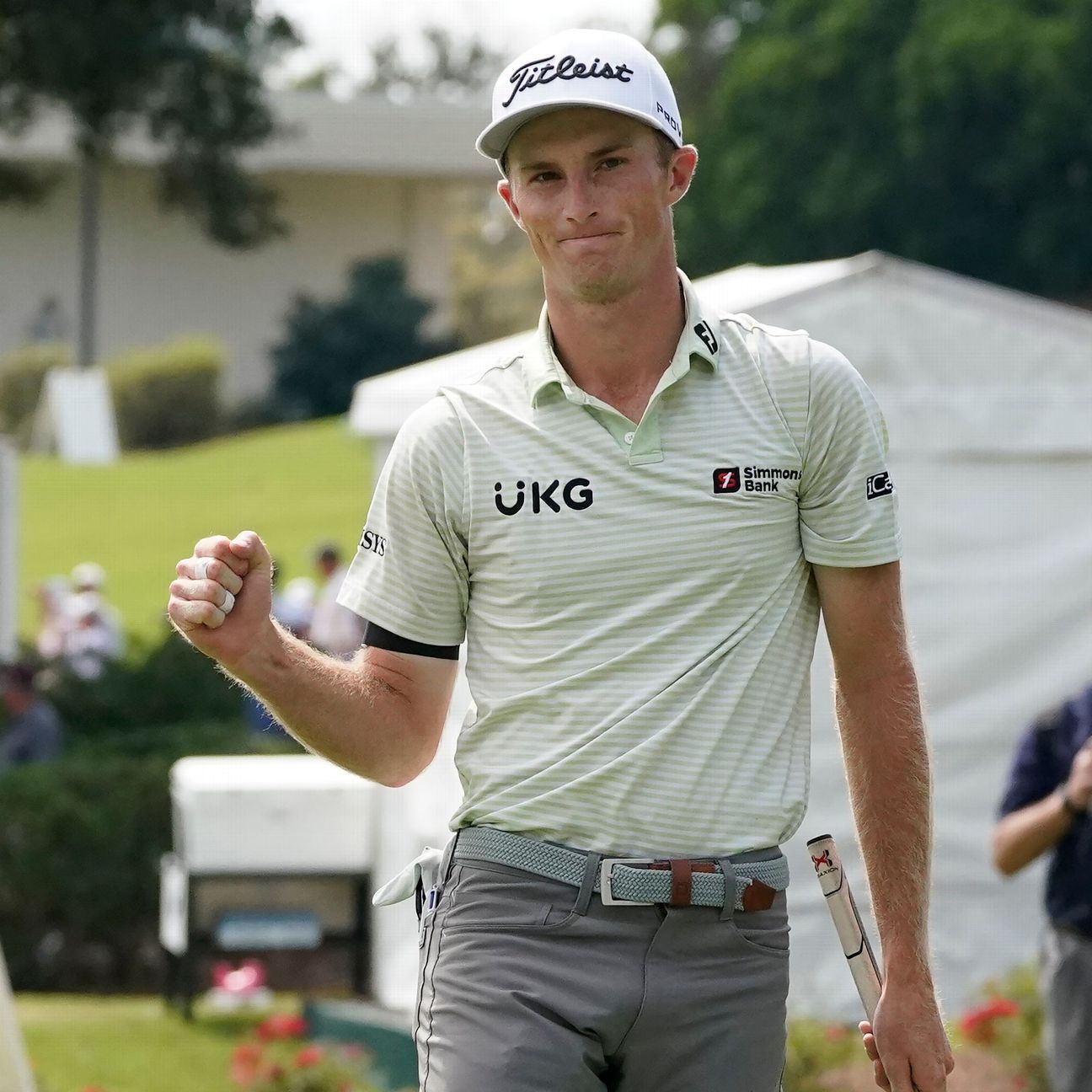 JACKSON, Miss. — Will Zalatoris felt like he couldn’t miss on the green and rarely did Friday in setting the course record with an 11-under 61 to share the lead with Nick Watney and Sahith Theegala in the Sanderson Farms Championship.

Zalatoris, voted the PGA Tour Rookie of the Year despite not having full status last year, made it look so simple at the Country Club of Jackson that his longest putt for par was 3 feet.

One of the poorer shots he hit was on the par-5 third hole after making the turn. He hit a weak fade into a bunker some 30 yards away and blasted out to 3 feet, turning a difficult shot into yet another birdie.

“The days where I make 20-footers, those are the days that I end up putting a great round together, because I’m always going to be the guy that’s going to hit 14-plus greens to give myself chances,” Zalatoris said.

Watney, coming off his worst season in a decade, backed up a solid start with another good round. He opened with four birdies in six holes and dropped only one shot on his way to a 66.

Theegala also held his own after opening with a 64, new territory for the California rookie in just his second start as a PGA Tour member. He chipped in for eagle on the par-5 third hole to get right back in the mix. Theegala finished with a 30-foot birdie putt for a 67.

They were at 13-under 131 in what figures to be a week of low scoring.

The cut was at 5-under 139. Among those who missed was Sergio Garcia, the defending champion playing a week after a draining Ryder Cup at Whistling Straits.

Former U.S. Open champion Gary Woodland took two shots from behind the ninth green on his final hole and made bogey for a 73 to miss the cut by a shot.

Zalatoris had a remarkable rookie season without having full status, boosted by a tie for sixth in the U.S. Open last September and a tie for second in the Masters.

All that’s left is to win.

“I’ve gotten asked a lot, ‘What are your goals for this year?’ And besides winning a golf tournament, I really don’t have any,” he said. “Of course, everyone has goals of trying to be on a Ryder Cup or a Presidents Cup. I would be lying if I said I don’t have a little fire in my belly after missing out and watching guys that I grew up with playing as a part of Team USA.”

Playing on sponsor exemptions last year, he still finished No. 22 in the Ryder Cup standings.

Watney hit only two fairways, though not by much, and he was rarely out of position.

“It didn’t seem that stressful. That sounds really stressful, but it wasn’t that stressful,” he said. “For the most part I kept it in the right spot on the greens and I made a few kind of bonus putts that you might not expect to make. So those are always fun.”

Cameron Young and Hayden Buckley each shot 65 and were 1 shot out of the lead. Roger Sloan of Canada shot 67 and was 2 shots behind.

Sam Burns, who was seriously considered as a pick for the Ryder Cup, was among those 3 shots behind.