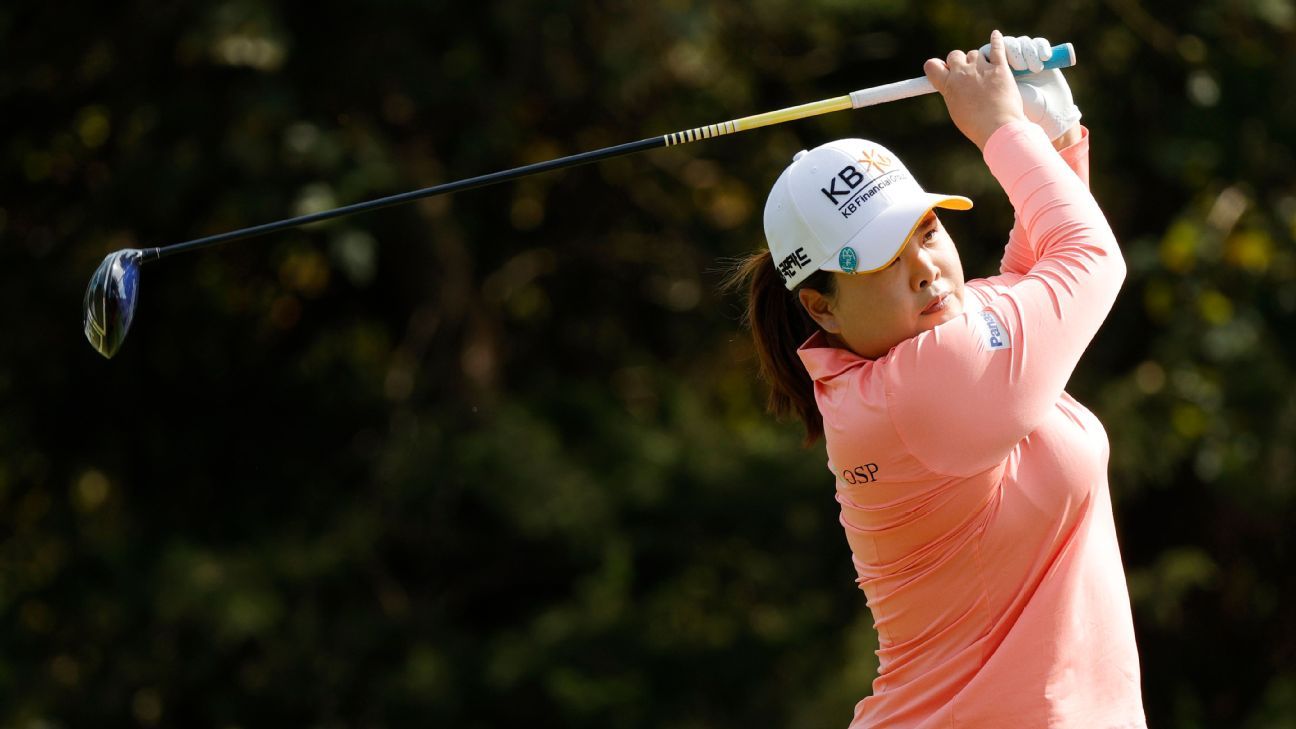 GALLOWAY, N.J. — Inbee Park birdied three of her last five holes to match Jin Young Ko with a 6-under 65 and leave two top South Korean golfers in the world tied for the lead Saturday in the ShopRite LPGA.

Ko, the No. 2 player in the world, played in the morning on the windy Bay Course at Seaview and ran off five birdies in a six-hole stretch on the front nine. She had to settle for only one bogey on the back nine and was the first to post at 11-under 131.

Park is the No. 3 player in the world and putted well all day, her hallmark. She holed a 30-foot birdie on No. 6 and had a 6-foot par save on the next hole.

They were two shots ahead of ANA Inspiration winner Patty Tavatanakit, who birdied the final hole to cap off a bogey-free 65.

Brittany Lincicome (67) and Nanna Koerstz Madsen (68) were three shots behind going into the final round.

Ko has a recent history of playing her best golf at the end of the year. She sat out most of the LPGA Tour season last year, staying home during the pandemic, and returned to capture the CME Group Tour Championship.

Now she sets her sights on a third victory in her past five starts on the LPGA Tour. That doesn’t include the Olympics, where Ko tied for ninth.

“I like it better than earlier in the year,” said Ko, who changed swing coaches late last year and said she believes all parts of her game are starting to come together.

Park won her first start of the year at the Kia Classic but has been struggling of late by going six consecutive events outside the top 10.

Nelly Korda, the No. 1 player in women’s golf, has not played since the U.S. lost in the Solheim Cup a month ago. That leaves Ko and Park, both multiple major champions and former No. 1 players, to battle it out.

“Jin Young is really, really good player, too, so I think it’ll be really fun out there tomorrow playing with her,” Park said. “Obviously, you need some birdies out here to win tomorrow. Knowing that No. 2 player in the world is hunting for the same thing I am hunting for, definitely need to put some good performance. Good motivation to play for.”

Not to be overlooked is Tavatanakit, the first major champion of the year, who is well within range.

“I was thinking since I’m two back, I would say 4 or 5 under tomorrow would put myself in a really good position because I know how good they are,” Tavatanakit said. “No pressure, no expectations. I’m just going to go out there and play golf, and hopefully I get up to where I think I should be.”