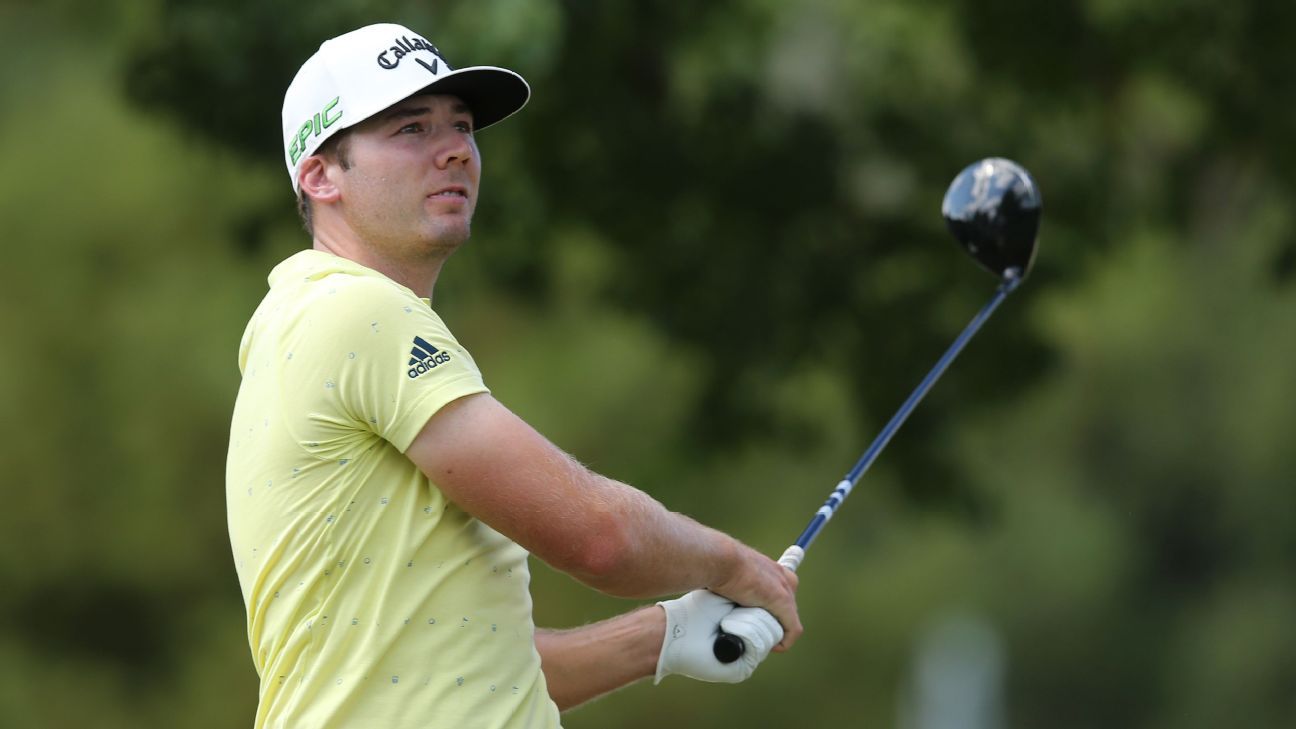 JACKSON, Miss. — Sam Burns ran off four birdies in a six-hole stretch to start the back nine and pulled away for a 5-under 67 to win the Sanderson Farms Championship on Sunday for his second PGA Tour victory this year.

Against a list of contenders looking for their first win, Burns showed what it takes at the Country Club of Jackson by playing flawlessly on the back nine until it didn’t matter.

He seized control with a 15-foot birdie putt on the par-3 13th, a 5-iron to 15 feet that set up a two-putt birdie on the next hole and then a perfect pitch from behind the green on the reachable par-4 15th for a tap-in birdie.

Staked to a 2-shot lead going down the 18th, he took a safe bogey from the greenside bunker to secure a 1-shot win over resurgent Nick Watney and PGA Tour rookie Cameron Young.

Watney, coming off his worst season in more than a decade, closed with a 65 and had his best finish in more than three years.

Young’s hopes began to fade on the 14th with a clunker out of the rough into a fairway bunker that led to him having to make a 4-footer for bogey.

Still, he made a slick up-and-down from off the 18th green for par that gave him a 68 and a share of second, which sets him up well for the season. That starts with playing next week in Las Vegas instead of having to go through Monday qualifying.

“I love being in contention, I love feeling the nerves, so it was fun today. I enjoyed it, even though it might not have looked like it,” Young said. “I knew Sam was ahead of me and I had to make a couple and just didn’t, but I will another time.”

Sahith Theegala, the California rookie who began the final round with a one-shot lead, had control of the round until he reached the back nine.

He failed to get up-and-down from a greenside bunker on the par-3 10th, missing a 7-foot putt. With a 7-iron in his hand for his second to the par-5 11th, he leaked the shot to the right and into the water, and missed a 4-foot putt to take bogey.

Two holes later, he three-putted from 18 feet for bogey. From there, it was about limiting the damage. He played the final five holes in 1 under for a 71. Theegala tied for eighth, which gets him into the field next week in Las Vegas.

For Burns, the 25-year-old from Louisiana is just starting to cash in.

He won the Valspar Championship at Innisbrook in the spring and has had more chances than that throughout the year, losing a playoff in a World Golf Championship in August and coming up 1 shot away from a playoff at Riviera in February.

Burns did well enough to earn some serious consideration from Steve Stricker as a captain’s pick for the U.S. Ryder Cup team. And now with his second win of the year — in his first start of the new season — Burns moves into the top 20 in the world ranking for the first time.

He ended a trend in which six of the last seven winners of the Sanderson Farms Championship captured their first PGA Tour title.

Burns was among the few who had winning experience. Six players in contention at the start of the final round had recently earned PGA Tour cards through the Korn Ferry Tour.

Among the exceptions was Watney, first slowed by a lower back injury and then by a loss in confidence. He went back to working with Butch Harmon in the summer, and then put together a superb week with his putter, leading the field in the key putting statistic.

“There was definitely some lean times, especially last year, but I’m not trying to think about that any more,” Watney said. “I’m trying to continue to get better and this was a great step this week. I’m ready.”

Never Make this Downswing Move – Do THIS for Lag Instead
Jack Nicklaus robbed of hole-in-one in 2004 Memorial
Heavy wind at Torrey Pines for Farmers Open was better for paragliders than golfers
EASY Hack To SMASH Your Driver! #shorts #short #golf
I’ve NEVER seen a golf ball like this!