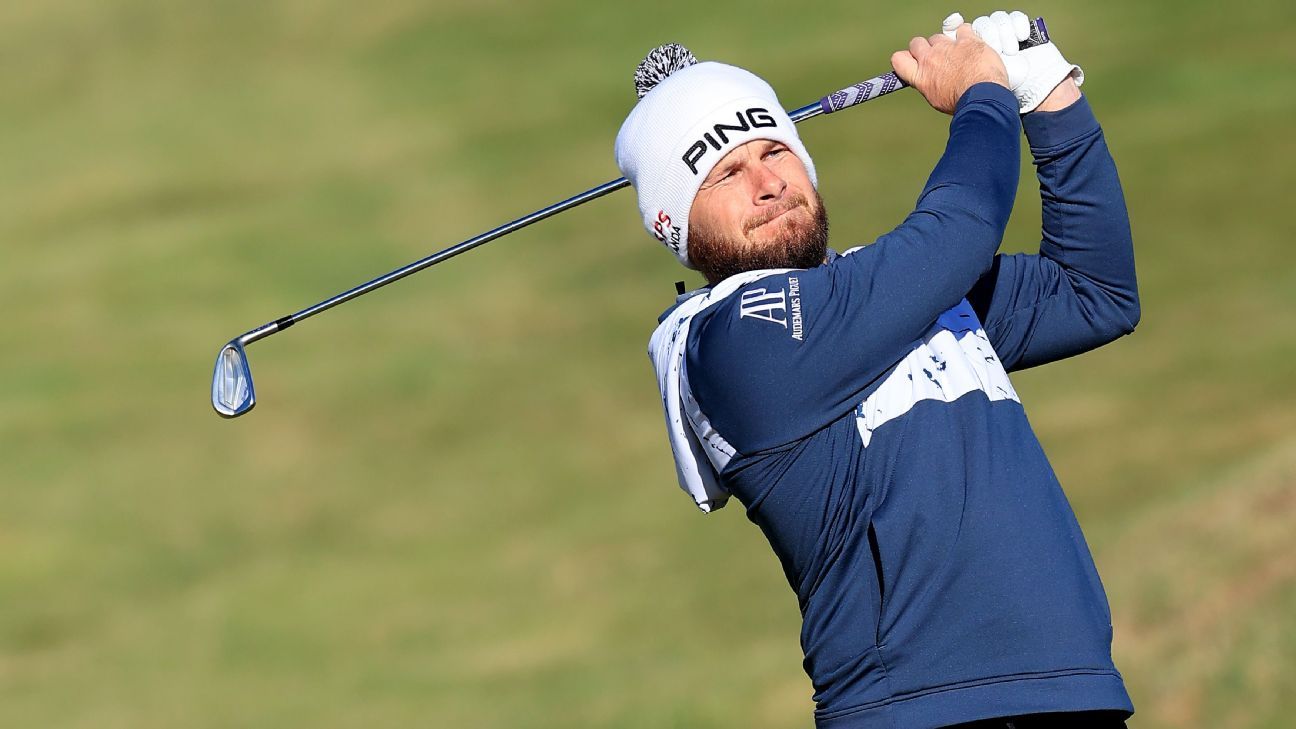 Tyrrell Hatton overcame three bogeys on a frustrating back nine to card a two-under 70 and take a one-shot lead in the Alfred Dunhill Links Championship second round on Friday.

The Englishman, who has twice won the tournament, started the day at 8 under and looked in control with two early birdies before tough windy conditions saw him bogey the 10th, 13th and 16th holes at Kingsbarns, ending the day on 10-under for the tournament.

Compatriot Daniel Gavins sank an eagle on the par-five 14th to move into second place with a 4-under 68 at Carnoustie, while former Masters champion Danny Willett made the most of a lightning start — two birdies and an eagle in his first three holes — to stand two shots back following a round of 69.

The championship is being held across three courses in rotation over the opening three days — the Old Course at St Andrews, Carnoustie and Kingsbarns — with the final round to be played at St Andrews.

Tommy Fleetwood, who played alongside Hatton in Europe’s Ryder Cup defeat at Whistling Straits last week, carded a one-under 71 that tied him for fifth at seven-under.

Irishman Shane Lowry was four shots off the pace after a solid round of 5-under 67.

The APGA is back on TV at Torrey Pines and will celebrate a minority golfer’s victory
Improve Your Tee Shots With Shoulder Alignment
This 60 Year Old Ben Hogan Tip Will TRANSFORM Your Golf!
Rory McIlroy highlights from his course-record 61 at Wells Fargo
Rory McIlroy has been on just as much of a heater as Jon Rahm, according to this crazy stat