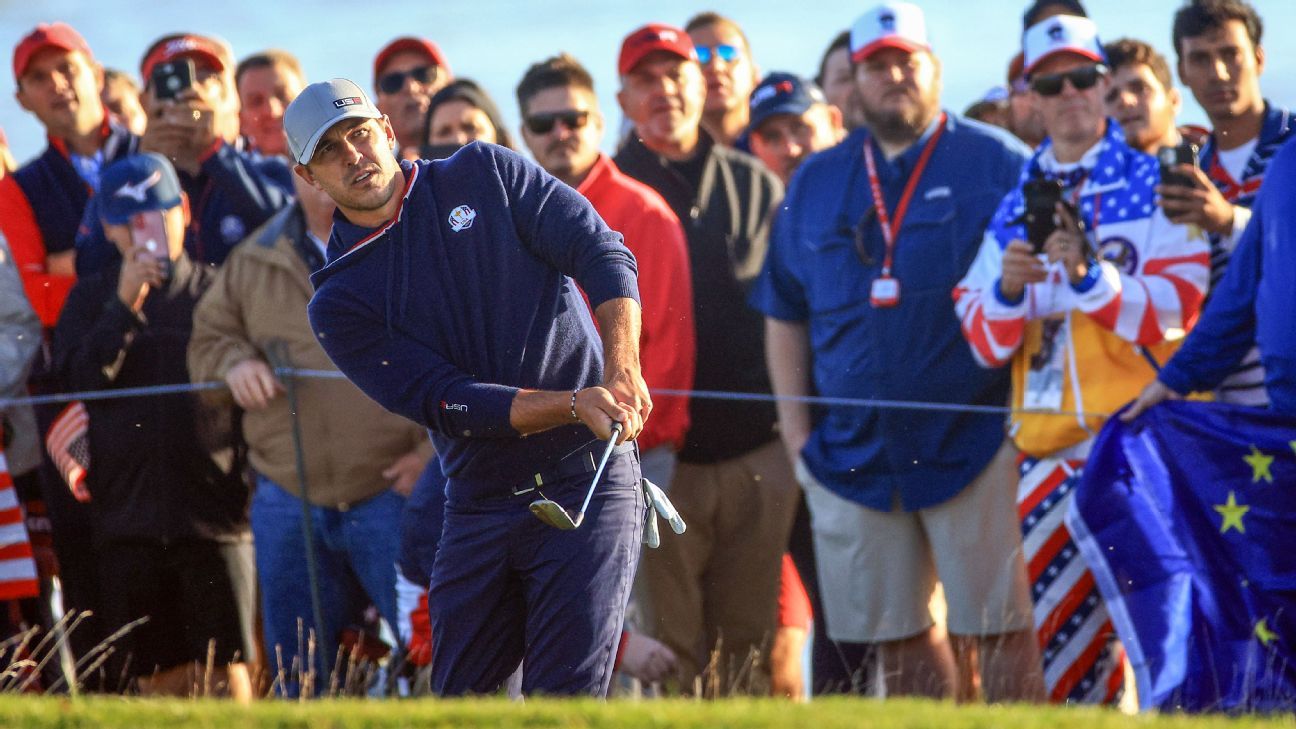 A day after the announcement that he would be taking on Bryson DeChambeau in a made-for-TV match, Brooks Koepka didn’t have much to say about it.

Koepka said he is looking forward to the Nov 26 match in Las Vegas but stopped short of going into much detail.

Asked at the Shriners Hospitals for Childrens Open how the event came together, Koepka said, “You’ll have to ask Bryson.”

He did, however, have some complimentary words for the man he has feuded with for much of this year, marveling at DeChambeau’s ability to hit the ball great lengths and also be competitive in last week’s Long Drive Championship.

“I think it’s going to change the game of golf forever, personally,” Koepka said. “But if you’re going to hit it that far and you find a couple fairways, it’s tough to beat. It does get very difficult when you got wedge into hole where guys got 6-iron. Your odds are going to be in your favor. That’s what he’s done.

“It’s impressive to be able to actually change a body, change the way you swing and but yet still compete out here; I think that’s probably the most impressive thing. It’s one thing to do it and then just kind of mess around with it at home but not bring it to an actual tournament.

“So the fact he’s able to do that, the fact he did at the Long Drive, I don’t think anybody really thought he was going to get that far, but the fact he did was quite impressive,” Koepka said. “I think you’re just going to continually see that type of distance come from the kids that are in college or high school now that will be out here in five, six years.”

Koepka is playing for the first time since the Ryder Cup and making his first start of the 2021-22 season. He is also scheduled to play next week’s CJ Cup, which will also be played in Las Vegas.

DeChambeau and Koepka have been at odds over various issues this year but put it aside at the Ryder Cup and were photographed shaking hands.

The Match is the fifth version of the competition. DeChambeau competed in one in July and was victorious with Aaron Rodgers over Phil Mickelson and Tom Brady.