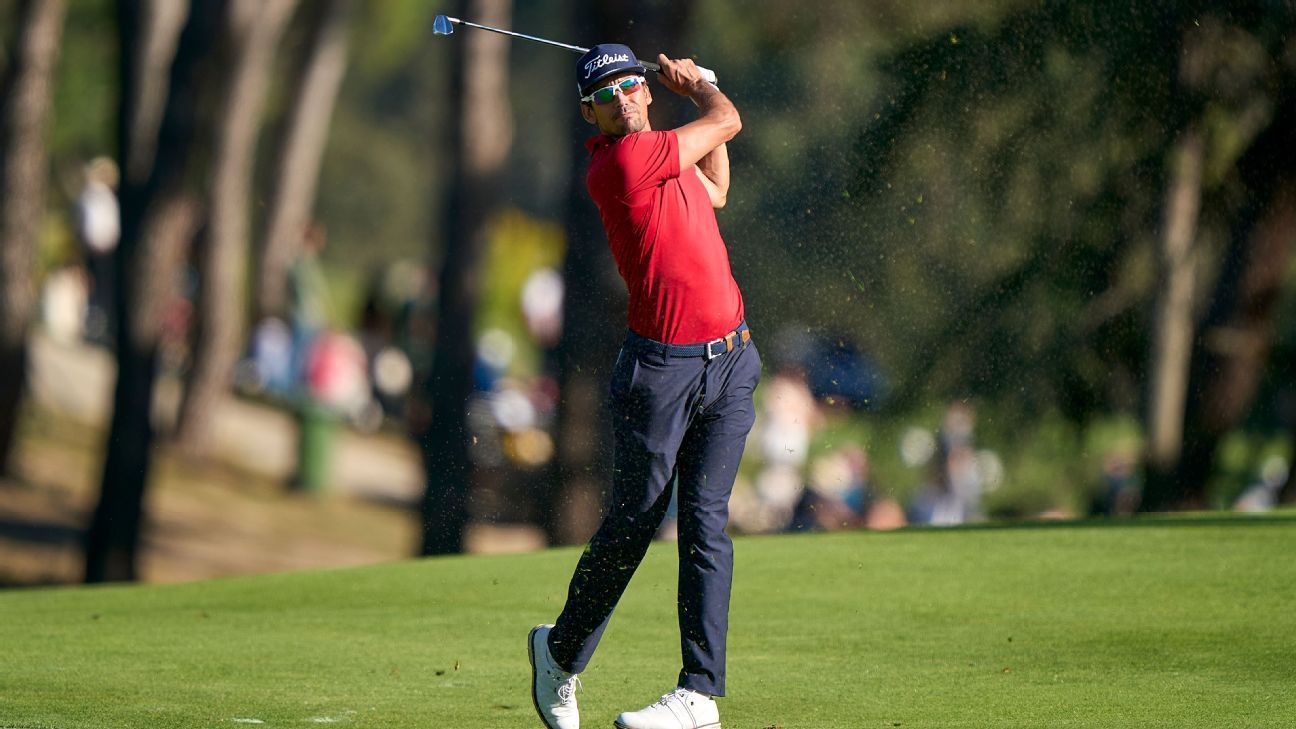 Spain’s Rafa Cabrera Bello surged into a two-shot lead with a faultless seven-under 64 as compatriot and world No. 1 Jon Rahm slipped six shots off the pace after carding a one-over 72 in the third round of the Spanish Open on Saturday.

Cabrera Bello, thrice a winner on the European tour, was in marvellous form as he made seven birdies in a bogey-free round that left him at 17-under for the tournament at the Club de Campo Villa de Madrid.

Rahm, who attempting to become the first man since Seve Ballesteros in 1995 to win the Spanish Open three times, had a day to forget after he failed to recover from a terrible start.

A bogey and double-bogey on the front nine were followed by bogeys on the 11th and 12th for the U.S. Open champion, who partially recovered with two successful birdie putts in his last five holes.

Frenchman Julien Guerrier and Spaniard Adri Arnaus were tied for second at 15-under, with both making costly bogeys on the back nine that handed Cabrera Bello a two-shot advantage, while England’s Richard Bland continued his fine season with a round of 64 that gave him a share of fifth place.

This week is the start of three consecutive events in Spain on the European Tour, with the Spanish Open followed by the Andalucia Masters and the Mallorca Golf Open.