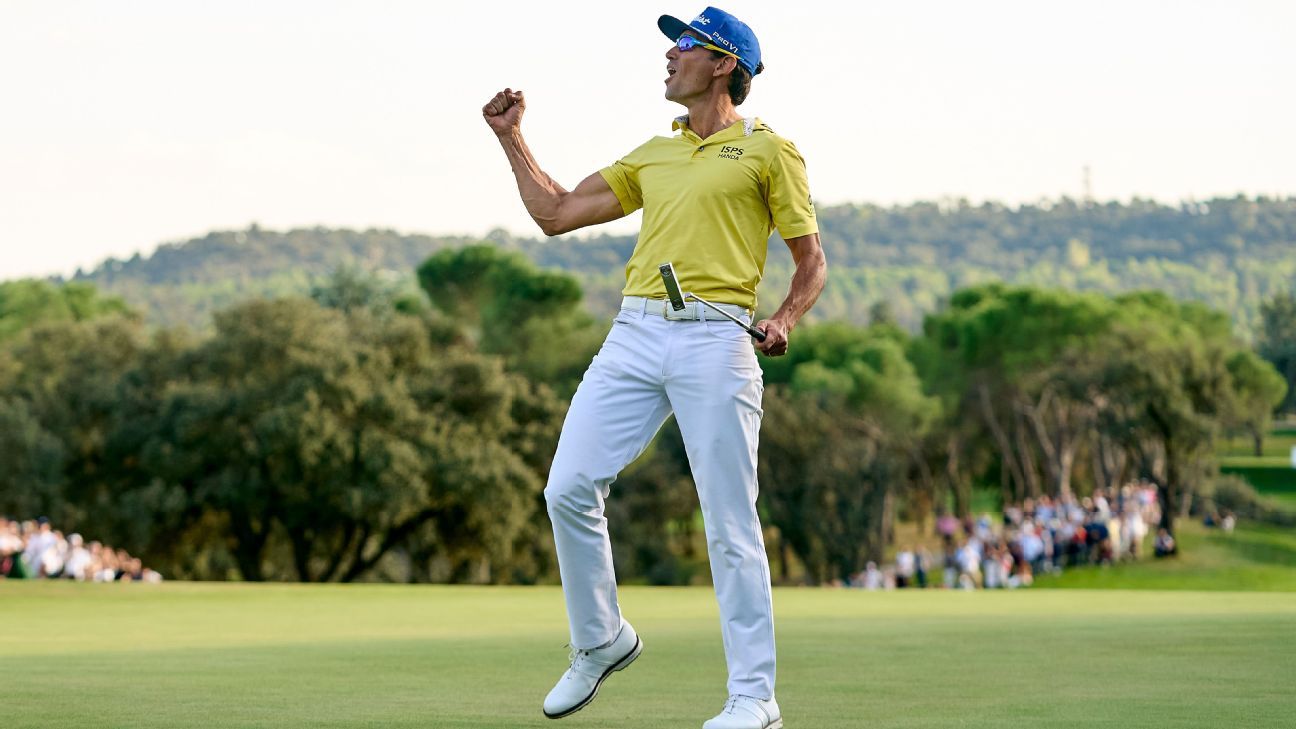 Spain’s Rafa Cabrera Bello sank a birdie putt on the first playoff hole to seal a dramatic victory over compatriot Adri Arnaus and win his first tournament in over four years at the Spanish Open on Sunday.

Both men were neck and neck for much of the day and ended it at 19-under for the tournament. Cabrera Bello then held his nerve after a fine approach shot on the first playoff hole — the par-four 18th — to make birdie as Arnaus could only manage par.

Frenchman Julien Guerrier, India’s Shubhankar Sharma and Scot Grant Forrest were all two shots back at 17-under, finishing tied for third.

World No. 1 and home favourite Jon Rahm, who was chasing a hat trick of titles at the event, endured another frustrating day as he carded a two-under 69 and 13-under overall that gave him a share of 17th place.

Cabrera Bello, the overnight leader, began the round with a double-bogey on the par-four first but found his touch on the back nine, making three straight birdies starting with the 13th that gave him a two-under 69.

Arnaus, on the other hand, made eagle on the 14th but could only par his last four holes to end with a round of 67.

The title was Cabrera Bello’s fourth overall on the European Tour while it left Arnaus still searching for his maiden win.