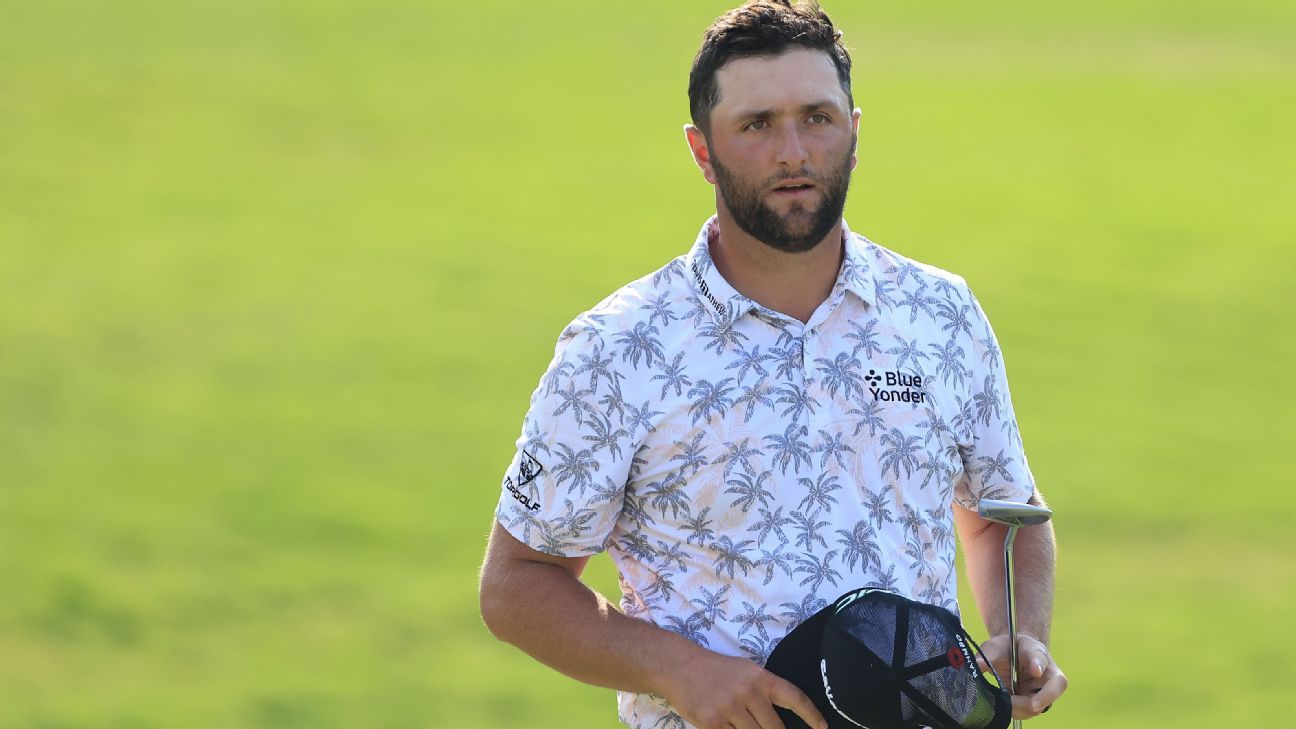 Jon Rahm’s struggles at home continued on Thursday with a 7-over 78 that matched his second worst round ever as a professional and left him 11 shots off the lead at the Andalucía Masters.

He had also shot 78 in the second round at the British Open in 2018. His worst score was an 82 in the third round of The Players Championship in 2017.

The No. 1-ranked player will need a good round on Friday just to make the cut.

“It was a tough round. I was never comfortable,” he said. “I don’t want to go home on Saturday, and if somebody can overcome this it’s me. But I don’t have any more room for error.”

Rahm had four bogeys and a double bogey on his front nine and another bogey on his back nine at the Real Club Valderrama in southern Spain.

“It’s frustrating because this is a course that I like,” he said. “With this wind the course becomes very difficult.”

Rahm finished the day in a tie for 108th, with only 10 players shooting higher scores than him.

Rahm was coming off a disappointing 17th-place finish at the Spanish Open last week in his return home after nearly two years. He opened with a 63 but had lackluster rounds the rest of the way and was not in contention to defend his title on Sunday.

The U.S. Open champion did not play in the Andalucía Masters last year. The tournament was won by John Catlin, an American who opened with a 2-over 73 to begin his title defense.

Julien Guerrier, who finished in a tie for third at the Spanish Open, was the early leader after shooting 4-under 67.

“It was really complicated,” the Frenchman said. “I was putting really well. We know with these firm greens, they are really quick, and with this wind it’s very difficult. But I holed a few long putts on the first and the third, and after I hit a lot of greens in regulation. That was the key.”

Spaniard Rafa Cabrera Bello, the winner at the Spanish Open, was one shot behind.

“It’s already an intimidating course when there’s no wind,” he said. “It’s going to be hard, the wind will switch, you’ll end up in some tricky spots. You know it’s a different type of tournament where three pars in a row equals a birdie. That’s what you have in mind and that’s how I tried to deal with this course.”

The Spain swing ends next week with the Mallorca Open.

Cameron Smith’s INCREDIBLE chip shots at the Memorial
John Daly | Five Of The Best Open Shots
McIlroy vs. Reed in Dubai, Max Homa’s rise and more from the PGA Tour
Ahead of a fateful meeting with Tiger Woods, Marcus Byrd scores his biggest pro golf victory
Ancer leads in Saudi as DJ (back) withdraws