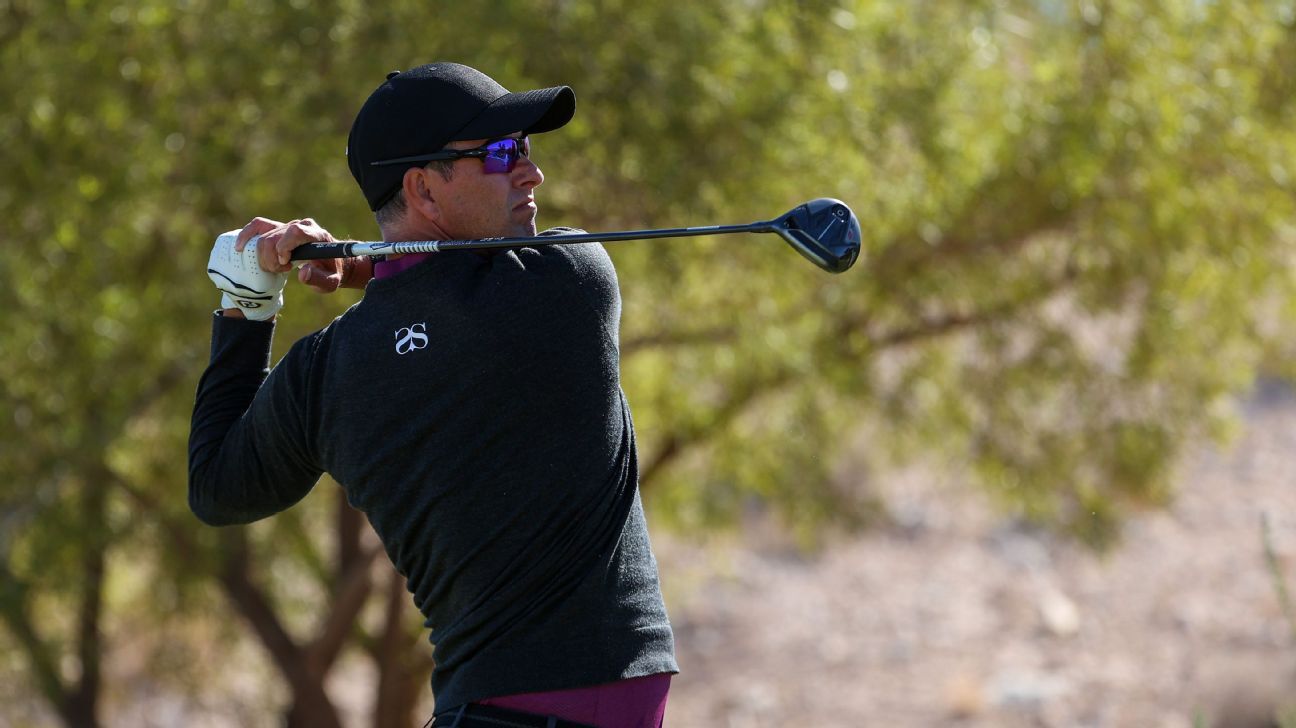 His putter finally cooperating, Adam Scott has surged into contention for a 15th US PGA Tour victory with a scintillating second round at the CJ Cup in Las Vegas.

With two back-nine eagles and seven birdies, Scott carded a nine-under-par 63 to soar to 13 under for the championship to be in a four-way tie for second.

The former world No.1 is level with Americans Jordan Spieth (65) and Harry Higgs (67), and South Korea’s Seonghyeon (63).

The quartet trail runaway halfway leader Keith Mitchell by five shots after the American backed up his opening 62 with a 64 on Friday to move to 18 under.

But Scott was thrilled to be back in the mix for his first US Tour win since the 2020 Genesis Open in Los Angeles after producing a remarkable late blitz.

The 2013 Masters champion flew home in eight under for the last seven holes, highlighted by spectacular eagle threes on the 14th and 18th holes.

Ironically, Scott was only saying on Thursday how the first seven holes were the scoring holes and the last seven the “tricky” ones.

His ball-striking was so sublime that Scott’s longest drained putt in his best seven-hole stretch in two decades was but eight feet.

So often maligned for his poor putting, this was Scott’s career round with the blade, needing only 22 putts for 18 holes.

He had a stunning 14 one-putts, the most he’s ever made in one round during his stellar 31-win professional career.

“Look, I’ve been playing well and, you know, you can’t expect a finish like that, but I’m going to take it,” he said.

“I hit a lot of shots close and that made light work with the putter, kind of put myself in contention.

“I mean, I’m a long way back still, but 36 holes to go, I like where I’m at, moving in the right direction.

“I’d love to have a nice solid day tomorrow. There’s a chance you can take advantage of the front nine, so teeing off tomorrow, it will be fun to make some birdies early and kind of put myself in the mix and close the gap a little.”

Cameron Smith is the next-best Australian, sharing eighth at 11 under – seven behind Mitchell – after a second-round 67.

Jason Day clawed his way back into red figures with a two-under 70 but remains tied for 71st in the 78-man, no-cut field at one under for the tournament.