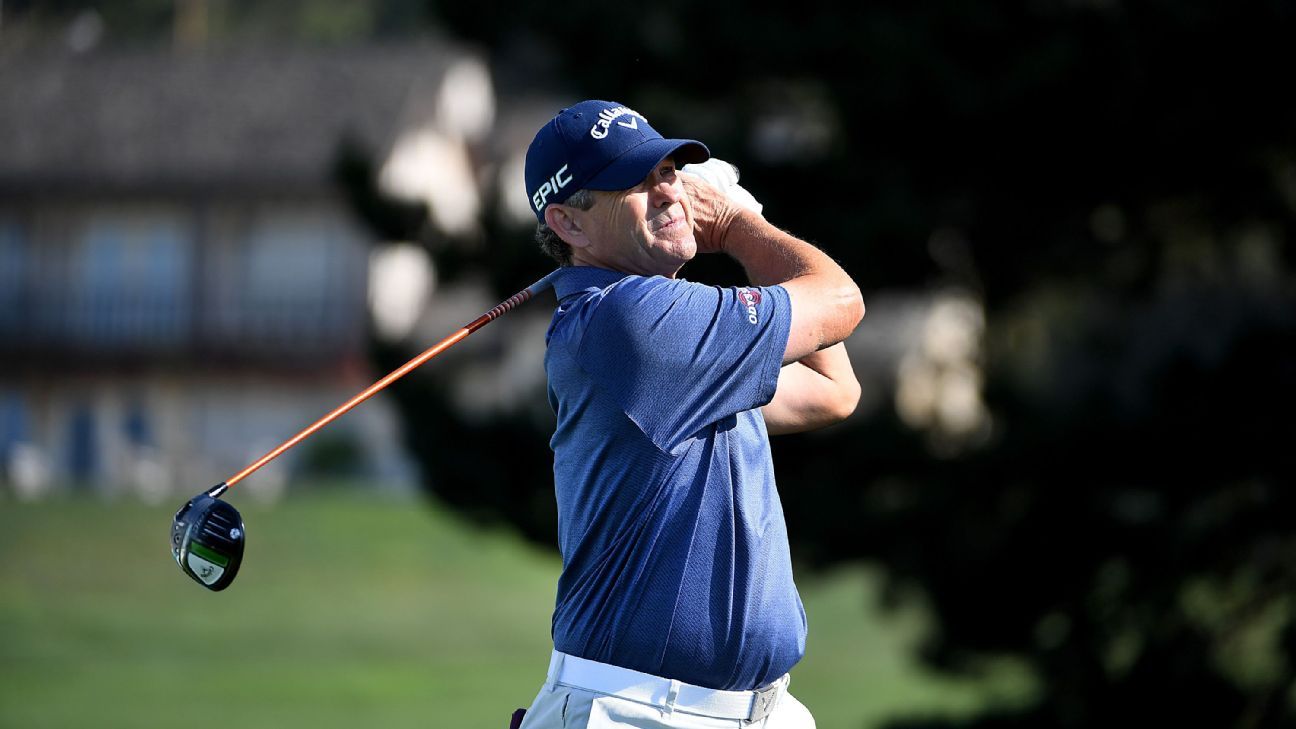 CARY, N.C. — Lee Janzen made a 20-foot birdie putt on the first hole of a playoff with Miguel Angel Jimenez on Sunday to win the PGA Tour Champions’ SAS Championship.

The 57-year-old Janzen also birdied the par-4 18th in regulation in a closing 5-under 67 in the regular-season finale. The two-time U.S. Open champion won the 2015 ACE Group Classic for his only other senior title.

Jimenez finished with a 69 to match Janzen at 12-under 204 at Prestonwood Country Club. The 57-year-old Spanish player has 10 senior victories. He hit his approach over the green in the playoff and chipped to a foot before Janzen rolled in the winner.

The top 72 players on the money list advanced to the playoffs.

Phil Mickelson wants a PGA Tour-LIV match. Here’s why that’s a terrible idea
Free Golf Lesson under 1 minute how to swing in an arc!
Golf Lesson: How to Practice Like Rory Mcilroy
An out-of-nowhere 63, as the weather turns and a major champ’s neck issues
Unluckiest golf shot EVER hit at St Andrews 🤯