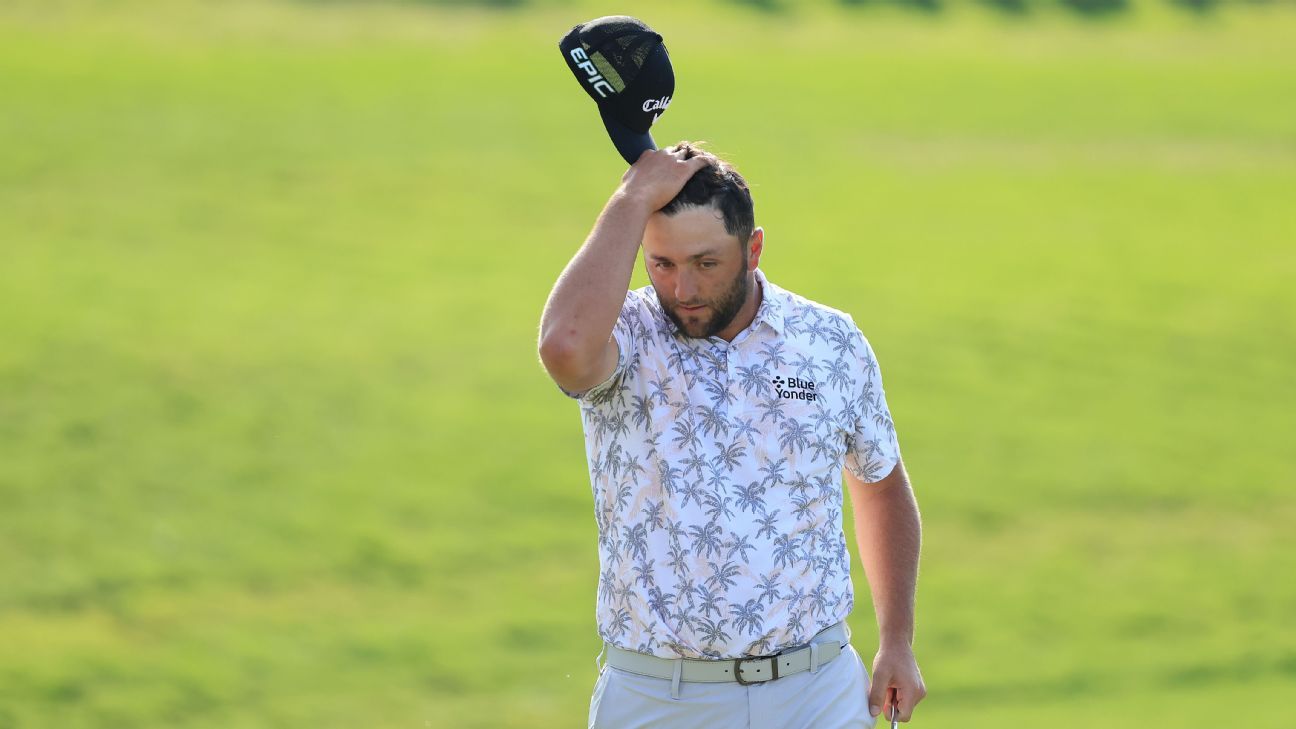 Jon Rahm‘s woes back in Spain worsened when he failed to make the cut at the Andalucía Masters on Friday.

The top-ranked Rahm shot 3-over 74 through the second round, finishing with a share of 99th place and 14 strokes off the lead of Romain Langasque.

That was an improvement on his first round. On Thursday, Rahm matched his worst round as a professional with a 7-over 78, leaving him 11 shots behind overnight leader Julien Guerrier.

“This is the first time in my life that I don’t want to see a golf club,” Rahm said. “And this comes from someone who loves this sport, and after a year in which some pretty good things have happened to me.”

Rahm said he needs to take a break and may not play for one month until the World Tour Championship in Dubai.

“More than my body, it is my mind that can’t take it. I am going to hang up my clubs for four weeks,” Rahm said. “I haven’t stopped since the stoppage because of COVID. … If we add it all up, I need to rest.”

Rahm has struggled in his first tournaments after two years in his home country. Last week at the Spanish Open in Madrid, he was flustered by the crowds who turned out to see him but forgot to silence their cell phones. Rahm opened the tournament with a 63 but had lackluster rounds the rest of the way and was not in contention to defend his title.

But at least he played on the weekend.

It only got worse for the U.S. Open winner at Real Club Valderrama in southern Andalucía. On Friday, he carded a double bogey, three bogeys and one birdie on the front nine. He improved on a bogey-free back nine but managed only one birdie, leaving him with a share of 99th place at 10 over after two rounds.

Langasque carded a 2-under 69 for the second straight day to take a one-shot lead over four chasers.

“I played really solid again today, like yesterday,” Langasque said. “My long game is very good, my driving is really good. I drove a good one on 17, hit a good second shot just over the green and made a long putt for the eagle. That was the bonus for the day.”

Ryan Fox, Matt Fitzpatrick, Laurie Canter and Sebastian Soderberg had a share of second. Guerrier slipped to joint sixth at two shots back. Rafa Cabrera Bello, who won last week in Madrid, was on par in 13th.