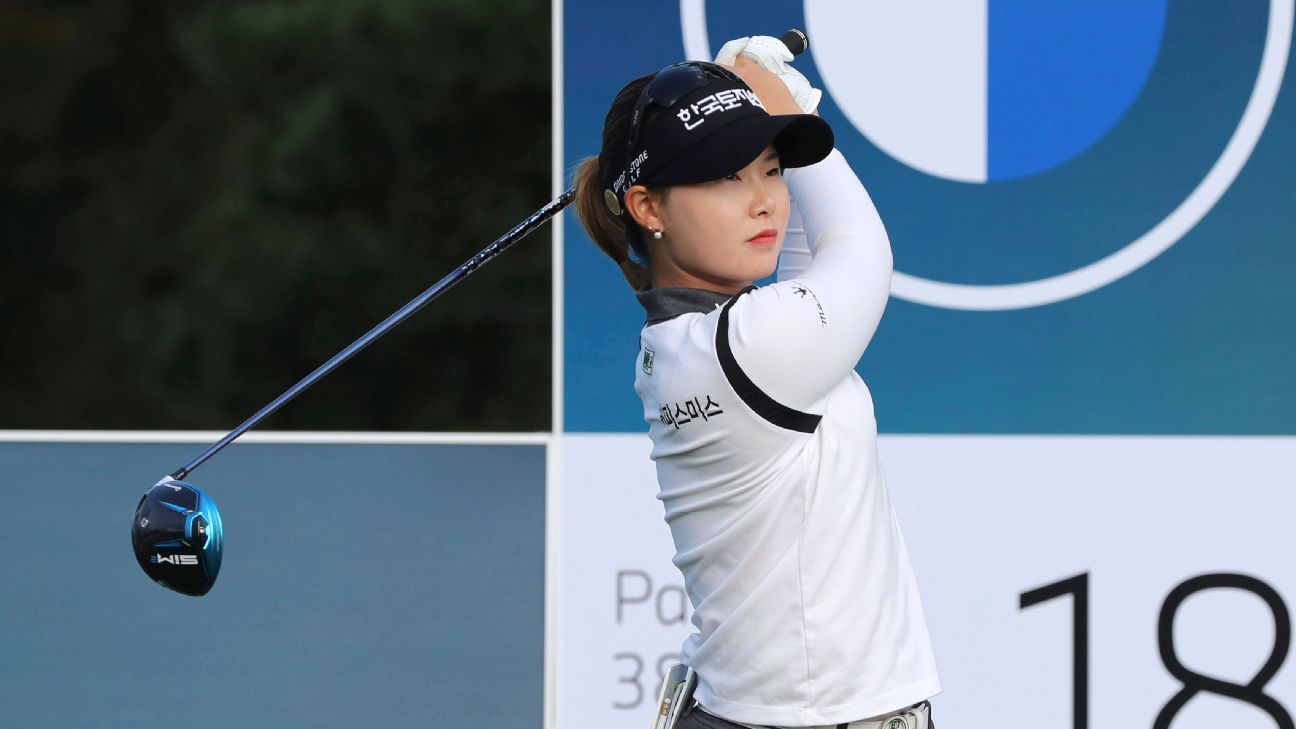 BUSAN, South Korea — Hee Jeong Lim shot a 6-under 66 and first-round leader Na Rin An a 69 to leave the South Korean players tied for the lead after two rounds of the LPGA Tour’s BMW Ladies Championship on Friday.

Lim and An had 11-under totals of 133 on the par-72 LPGA International Busan course.

American Danielle Kang shot 68 and In Gee Chun 69 and were tied for third, one stroke behind.

Jin Young Ko missed extending an LPGA scoring record on Thursday but started a new one on Friday.

On Friday, Ko moved back into contention with a bogey-free 64 to leave her in fifth place, two behind the leaders.

“My friends and even my parents gave me a lot of encouragement yesterday after my streak in the 60s came to an end,” Ko said.

No. 2-ranked Ko said a chip-in birdie at the start Friday led to “everything coming together.” She continued her roll, ending the day with seven more birdies, including one on her final hole, the ninth, and 24 putts compared to 33 in the first round.

“I think whenever I play, I try to receive feedback immediately, so what went well and what didn’t go so well. So I tried to receive that. And I think I personally always aim for perfection,” said Ko, who is tied with world No. 1 Nelly Korda with three wins on tour this season.

Kang, whose father was born in Busan, said she received some help from her coach, Butch Harmon.

The BMW Ladies Championship is the only Asia event in the so-called fall season. The LPGA started out with a four-tournament Asia swing until events in Shanghai, Japan, and Taiwan were either canceled or removed from the schedule due to COVID-19 travel restrictions.

Unluckiest golf shot EVER hit at St Andrews 🤯
FIRST TEE NERVES – How to control them
Cameron Smith. 4 “0 putts”. 1 round. 👌
HOW TO HIT MORE FAIRWAYS & LOWER YOUR GOLF SCORES
So much golfing talent 😍 #shorts