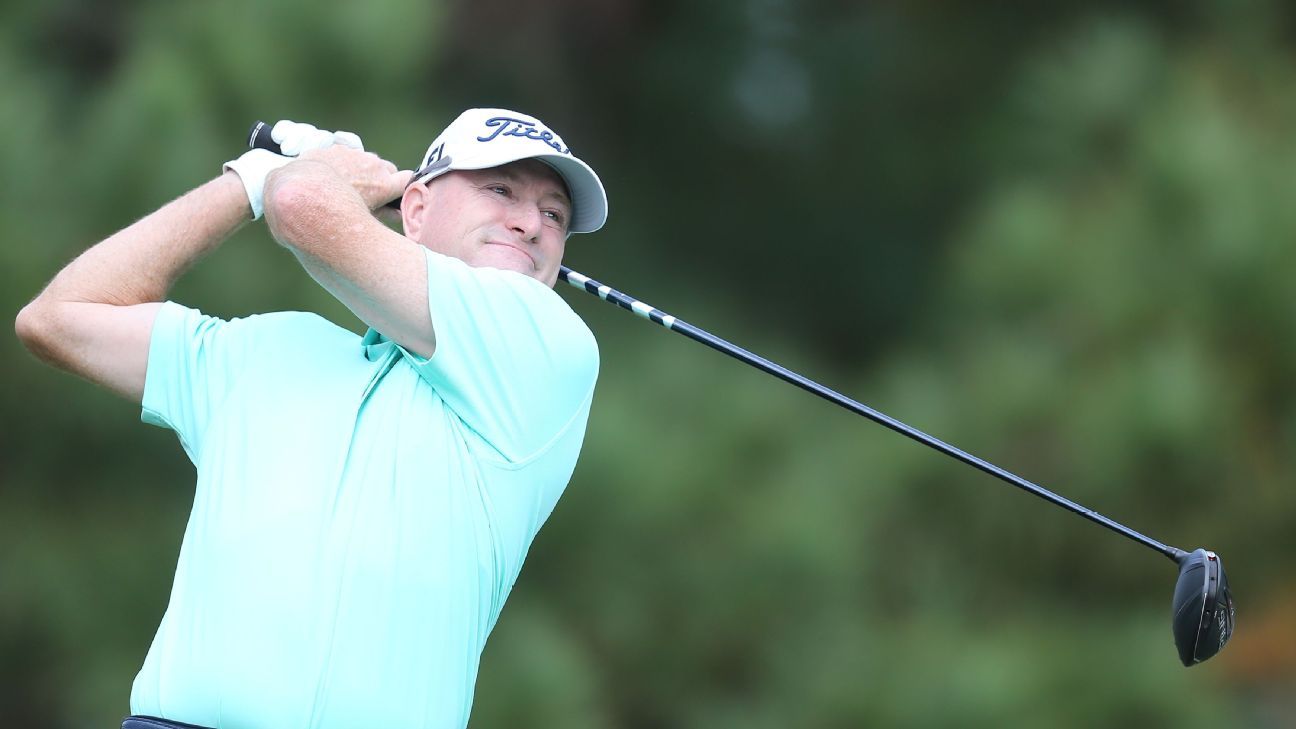 RICHMOND, Va. — Steve Flesch birdied the par-4 18th hole for a 5-under 67 and a two-stroke lead over Bernhard Langer and Steven Alker on Saturday in the Dominion Energy Charity Classic, the first of three PGA Tour Champions playoff events.

Flesch reached 13-under 131 with his second straight bogey-free round on The Country Club of Virginia’s James River Course. He has played the back nine in 9 under.

“I did a lot of the same stuff as yesterday,” Flesch said. “I didn’t get off to a quick start, I parred the first five, but then when I got to six, I made a nice birdie and played another great back nine today.”

The 54-year-old Flesch won the 2018 Mitsubishi Electric Classic for his lone senior title. He won four times on the PGA Tour.

“I’ve just been kind of playing this week like I have the last, I guess, two months,” Flesch said. “I’m not hitting shots I don’t feel comfortable hitting. I’m just kind of, I hate the term `playing within myself,′ but I’m just hitting shots I know I can pull off and I’m not taking unnecessary chances.”

Langer, the 64-year-old German star who leads the Charles Schwab Cup points standings, also had a 67. He won the Richmond event in 2017.

Alker, the 50-year-old New Zealander who had a one-stroke lead over Flesch after an opening 63, dropped back with a 70.

“I didn’t quite obviously putt as well,” Alker said. “Sixty-three, you’ve got to putt well, so it wasn’t quite there, but I didn’t give myself as many chances. Wedges weren’t as close. Kind of struggled on the back nine a little bit.”

Defending champion Phil Mickelson closed with quadruple-bogey 9 on the par-5 ninth for a 74. He was tied for 49th at 1 over.

Mickelson won the Constellation Furyk and Friends two weeks ago in Florida for his third senior victory in four career starts.

The PGA Tour is debuting a new approach to monitoring rules, and most players probably don’t know about it
THE most FRUSTRATING yet REWARDING game – Worst Ball Vlog
The Players’ Journey – Narrated by Jordan Spieth | The 150th Open
Rory, Reed tied two behind leaders in Dubai
LIV’s plea to subpoena Augusta members denied