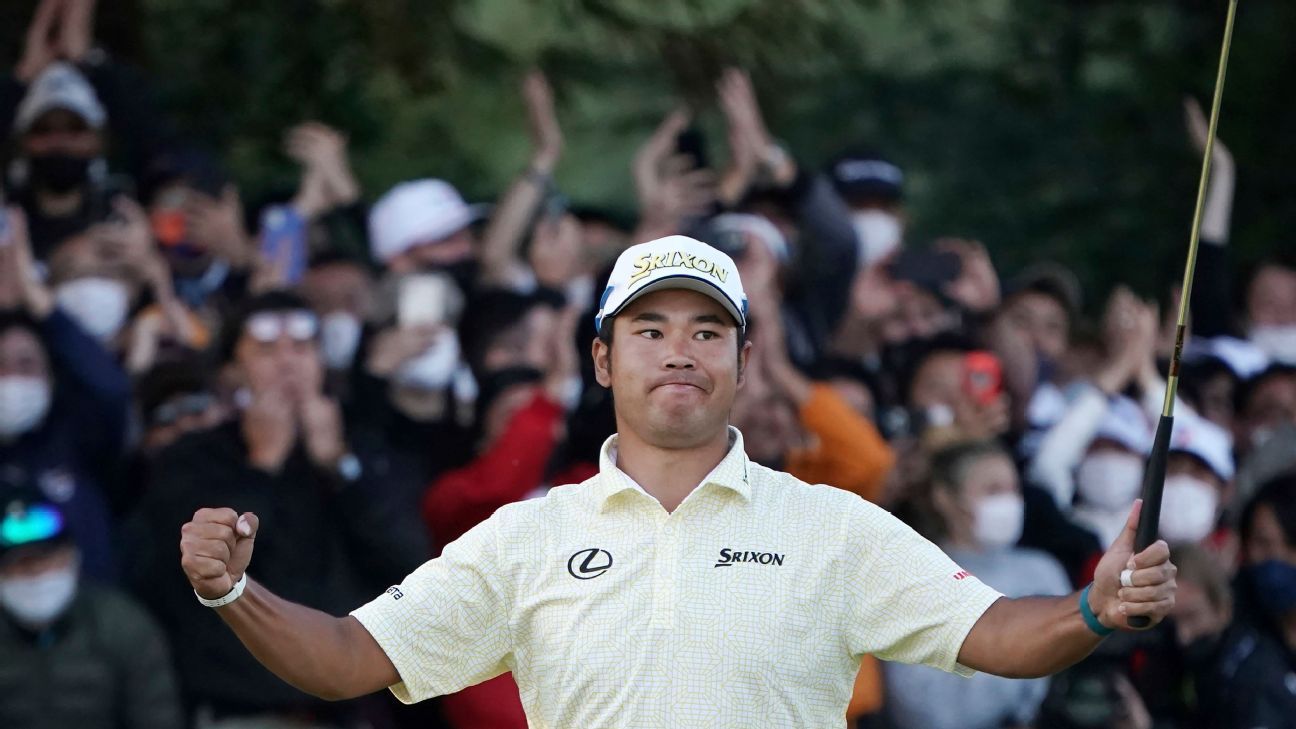 CHIBA, Japan — Masters champion Hideki Matsuyama had three birdies in five holes on the back nine and eagled the 18th for good measure for a 5-stroke victory at the PGA Tour’s Zozo Championship on Sunday.

It was Matsuyama’s first PGA Tour win in his native Japan, although he has had only one previous attempt. In 2019, Tiger Woods won the inaugural Zozo Championship, the first PGA Tour event in Japan, and last year the tournament was moved to California due to COVID-19 travel restrictions.

Matsuyama finished with a 65 and a 15-under total of 265 at Narashino Country Club. It was his seventh PGA Tour victory.

If there was any doubt, Matsuyama hit a 3-wood to about 12 feet with his second shot on the par-5 18th and made the eagle putt.

Asked when he thought he had won his home tournament, Matsuyama said through an interpreter: “Probably my second shot at 18, that was probably the clincher.”

“It was one of my biggest goals to win in front of the Japanese fans here in this country as well,” he added. “So happy that I’ll be able to accomplish that. Also, in 2019 Tiger won the Masters and went on to win the Zozo Championship, so I’m glad that I would be able to emulate that as well.”

Americans were tied for second at 10-under: Brendan Steele shot 66 and Cameron Tringale 69.

Tringale trailed Matsuyama by 2 strokes going to the 18th hole, but the Japanese player’s eagle and the American’s bogey made it a 5-shot cushion.

“I needed to kind of take a couple risks and unfortunately it didn’t pan out, but I played 16 really good holes and, yeah, that was the day,” Tringale said.

Open champion Collin Morikawa had a final-round 69 and finished 10 strokes behind Matsuyama. Tokyo Olympics champion Xander Schauffele shot 68 and was at even par on the tournament while Rickie Fowler had his second consecutive 71 and finished 3 over.

“It wasn’t quite the same experience, didn’t play as well, but I enjoyed being here despite the lockdown and COVID rules,” Schauffele said. “I saw some of my family here, which was really cool. I don’t get a big opportunity to see them, so that was kind of the shining moment for me.”

The PGA Tour’s only stop on the Asia swing attracted only three of the top 20 players in the world rankings.

Rahmbo is on a rampage in Farmers with Sam Ryder directly in his sights
Jack Nicklaus robbed of hole-in-one in 2004 Memorial
Morikawa, Scott joining virtual TGL golf league
Never Make this Downswing Move – Do THIS for Lag Instead
Viktor Hovland’s golf swing in Slow Motion