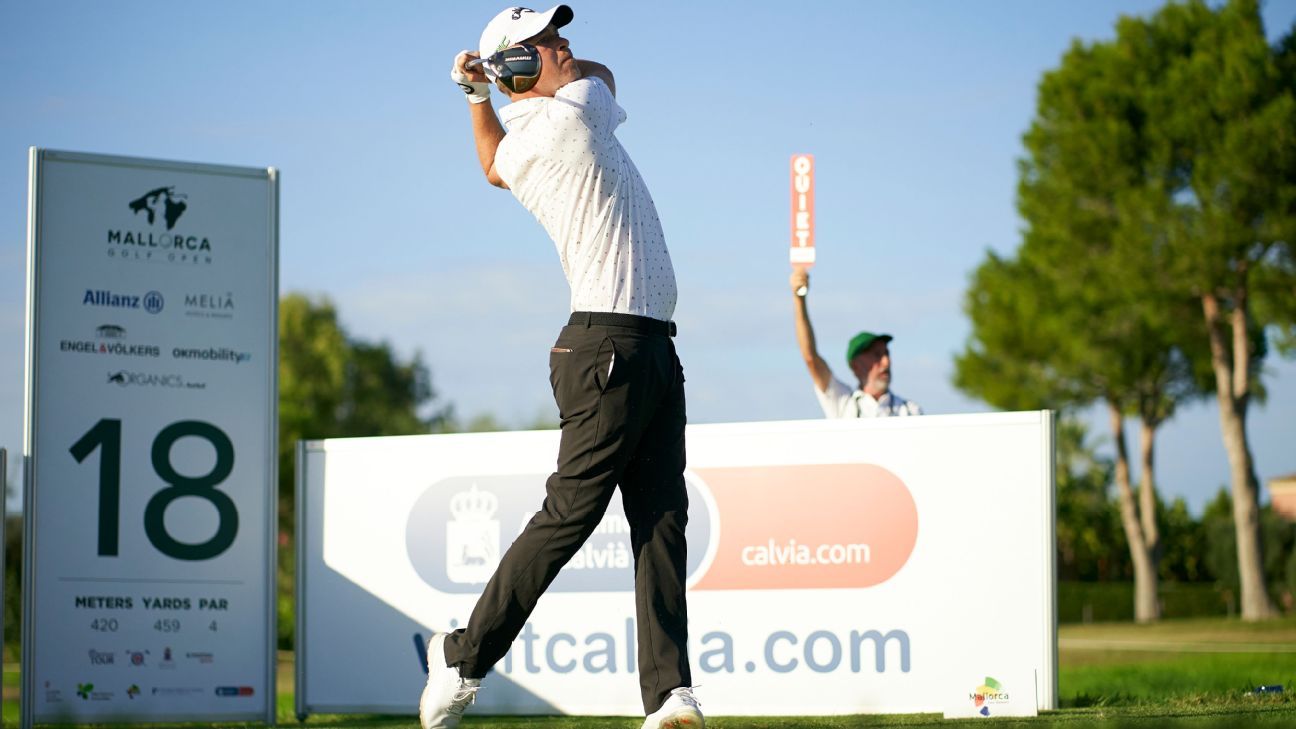 Jeff Winther reclaimed the lead at the Mallorca Open with an 8-under 62 on Saturday.

The Dane is two shots clear of Spain’s Jorge Campillo, who had a third-round 64.

Winther, seeking his first European Tour win, repeated the 62 from his first round after shooting 1-over par on Friday. He was bogey-free and had eight birdies, including the last three holes.

“Today was completely different, I have to admit,” Winther said. “I was a little more controlled tee to green, compared to yesterday, which was literally left, left and more left. It was lovely today.”

Spaniard Alvaro Quiros (65) and Sweden’s Sebastian Soderberg (64) are three shots off the lead entering the final round.

The Mallorca Open is the third and final event of the European Tour’s Spain swing.

The next big thing coming out of college golf is playing in Dubai. Why you don’t want to miss Ludvig Aberg
THIS IS SUCH A SIMPLE DRILL TO HELP YOUR GOLF SWING
Best shots on the PGA TOUR in 2019 (non-majors)
Trevor Immelman has big seat to fill in making his debut as CBS’s lead golf analyst
LPGA Tour Highlights: Hilton Grand Vacations Tournament of Champions, Round 1 | Golf Channel