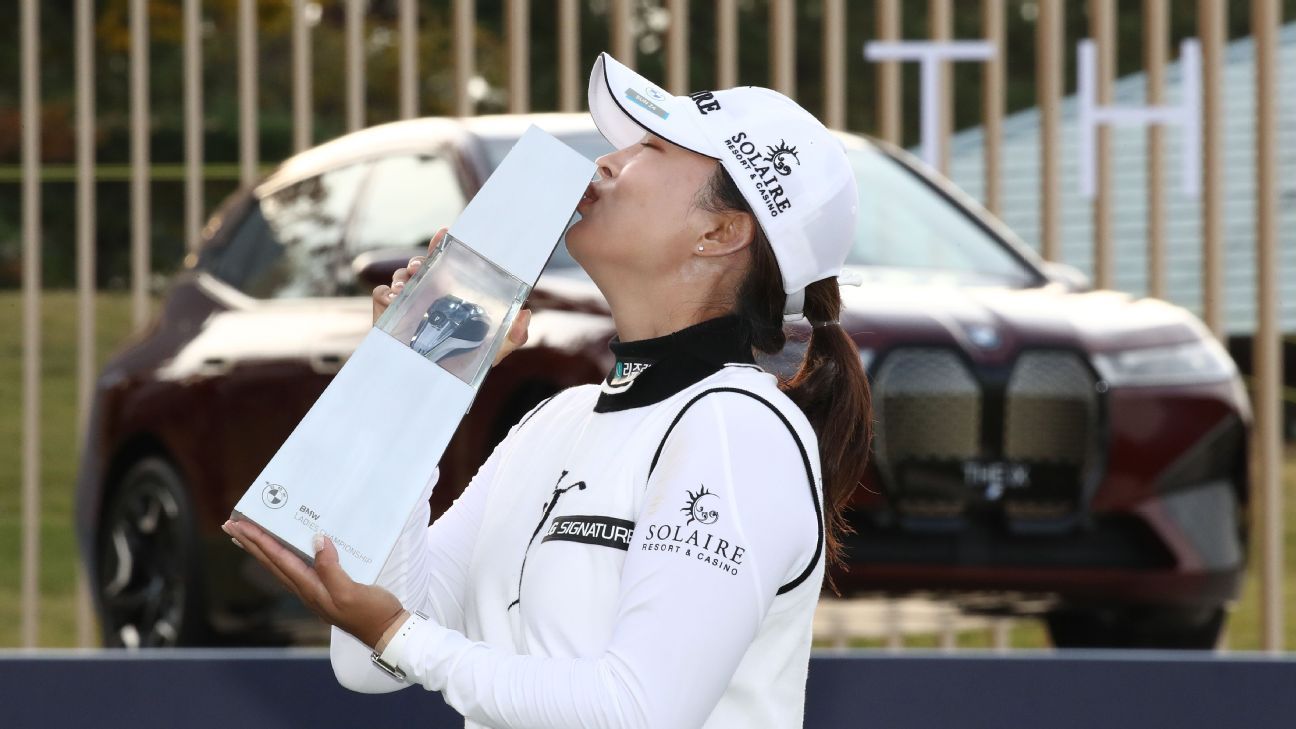 The LPGA Tour said Ko is projected to become world No. 1 with the win, overtaking American Nelly Korda.

Four players were tied for third, four strokes behind, including South Korean-born New Zealander Lydia Ko after a 64.

But Ko finished with a 1-under 71 on Thursday to end the streak. She’s now started a new one, shooting 64-67-64 to finish the tournament.

Ko won her third tournament of the season at the Cognizant Founders Cup in New Jersey, her third win in her past six starts, a stretch that includes a runner-up finish and a sixth-place finish.

The LPGA started out with a four-tournament Asia swing until events in Shanghai, Japan, and Taiwan were either canceled or removed from the schedule due to COVID-19 travel restrictions. That left Busan as a one-off event on the schedule, and many of the top North American players decided not to play.

THE most FRUSTRATING yet REWARDING game – Worst Ball Vlog
Homa rallies from 5 shots down to win Farmers
Rory McIlroy has been on just as much of a heater as Jon Rahm, according to this crazy stat
Kitayama leads at Pebble, where big winds await
Ping G20 Irons