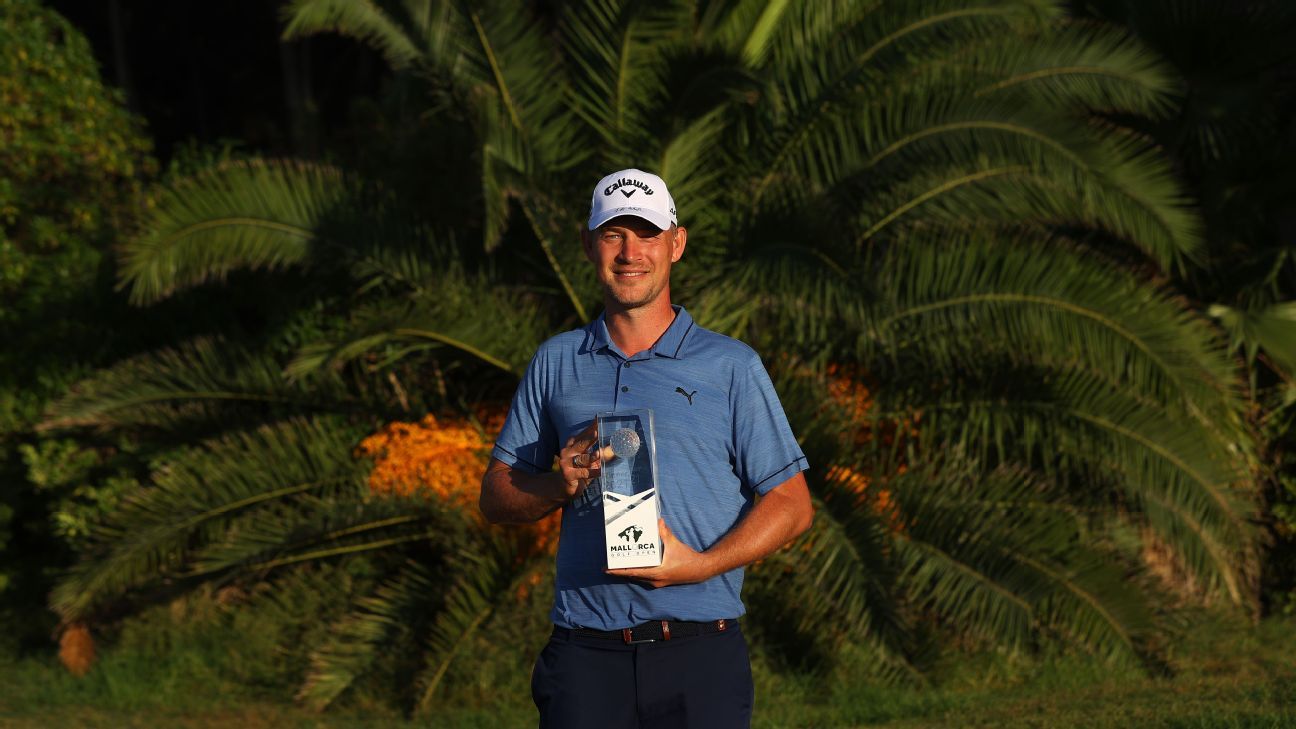 Denmark’s Jeff Winther clinched his first European Tour crown with a one-shot victory at the Mallorca Open, holding his nerve in a closely-fought final round hours after accidentally locking himself in the bathroom earlier on Sunday.

Winther began the day with a two-shot lead and recorded a closing 70 to finish at 15-under overall, securing victory ahead of Sweden’s Sebastian Soderberg and home favourites Pep Angles and Jorge Campillo who were in a three-way tie for second.

The Dane, who shot 62 twice on the par-70 course, almost missed tee-time when he locked himself in the bathroom on Sunday morning and had his six-year-old daughter to thank for coming to his rescue.

“It’s unbelievable, it’s not sinking in. I couldn’t have a better week. I’m overwhelmed,” said Winther, whose maiden title on the Tour came in his 129th appearance.

“After breakfast I went to have a shower and my wife came in to use the bathroom as well. The door closed, and there’s no lock, but we locked ourselves in… Our little girl Nora had to go and find guys at reception to break down the door.

“We were in there for 45 minutes I think. I thought, ‘Jeez not today, not Sunday, you’re leading the freaking event. Might not get there for your tee time.’ What a morning.”

Angles and Campillo carded 67 and 69, respectively, to finish at 14-under with Soderberg, who also finished runner-up at last week’s Andalusia Masters.

England’s Laurie Canter fired the lowest round of the day with a 64 to finish 12-under alongside Spaniard Sebastian Garcia Rodriguez.