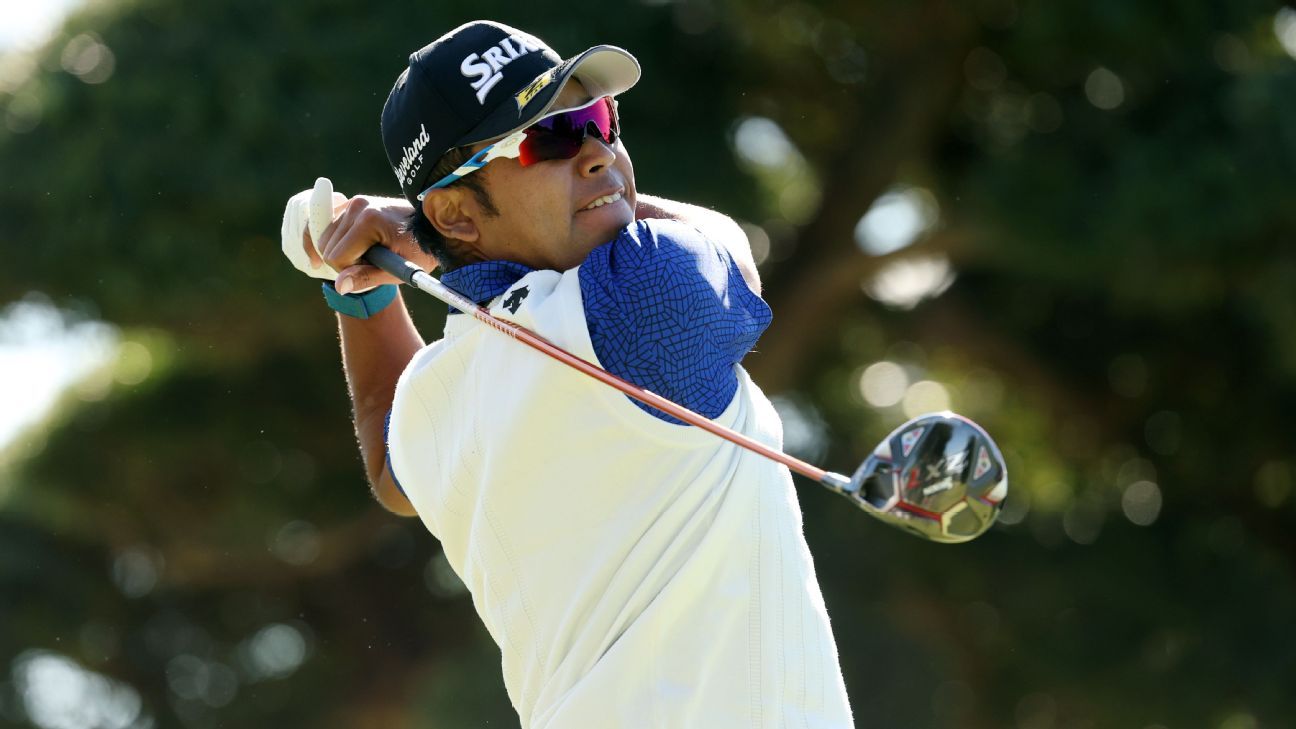 CHIBA, Japan — Masters champion Hideki Matsuyama held on to a one-stroke lead at the PGA Tour’s Zozo Championship on Saturday after a 2-under 68 that included a bogey on his last hole to make things interesting heading into the final round.

Matsuyama trailed by a stroke after the first round, led by one after the second and had a 54-hole total of 10-under 200 on the par-70, 7,041-yard Narashino Country Club course.

Cameron Tringale, who also shot 68, trailed by three strokes going to the final hole Saturday, but his birdie and Matsuyama’s bogey reduced the lead to just one.

British Open champion Collin Morikawa, who shot 67 with a chip-in eagle on 18 and was six strokes behind, said he added a new shot to his repertoire on the par-5 sixth hole. But it’s not one that he wants to repeat.

“I did something in my career that I haven’t done yet, was shank a shot,” Morikawa said. “Yeah, shanked a pitching wedge straight in the trees.”

“It was kind of a grind. I really had no clue where the ball was going to go, I was kind of just trying to make contact and thankfully the putter was working today. Obviously really nice to finish on a couple lucky breaks with the tee shot left ending up in the fairway, hitting a bad second shot and then chipping in obviously to end the day.”

Morikawa said it could be an interesting final round.

“We never know. Obviously I’m going to have to go make birdies tomorrow, Hideki’s obviously not going to make a bunch of bogeys, but we’ll see where the day ends,” Morikawa said. “We always feel like we’re always within striking distance and just got to get off to a good start.”

Tokyo Olympic gold medal winner Xander Schauffele shot 68 and was at 2 over, 12 strokes behind, as was Rickie Fowler after a 71 Saturday.

The PGA Tour’s only stop on the Asia swing has attracted only three of the top 20 in the world rankings.